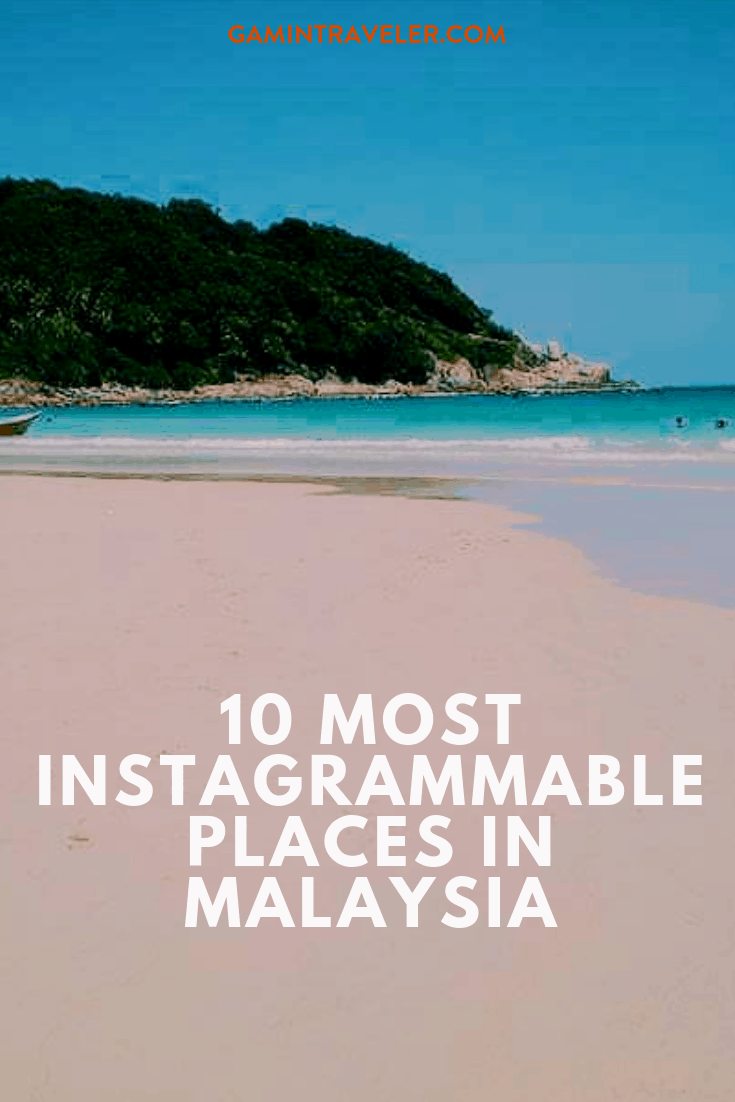 Malaysia is a multiracial country in Southeast Asia. Means, they are made up of people with many races and they are composed of Malays, Indians, Chinese, and many other ethnic groups. Even if they are considered as a multiracial country, they live together in peace and unison so it’s no wonder why they are very warm and hospitable people, who love celebrating (festivals) and socializing. Read here best Malaysia tourist sim card and Malaysia travel tips!

We have been writing about backpacking in Malaysia and budget travel in Malaysia. Today we will focus in our most instagrammable places in Malaysia from our recent trips in Southeast Asia.

Read here our favorite Malaysian Food,vegetarian food in Malaysia, how to transfer from KLIA to KLIA2 airport, Kota Kinabalu airport to city center and how to get from Kuala Lumpur airport to city.!

How to get to Malaysia by plane

If you want to get by plane, there are many cheap flight companies from the countries around Southeast Asia. Air Asia offers good deals, especially when flying to Kuala Lumpur. Check Skyscanner to make sure that you get the best fare if will opt to come through plane. 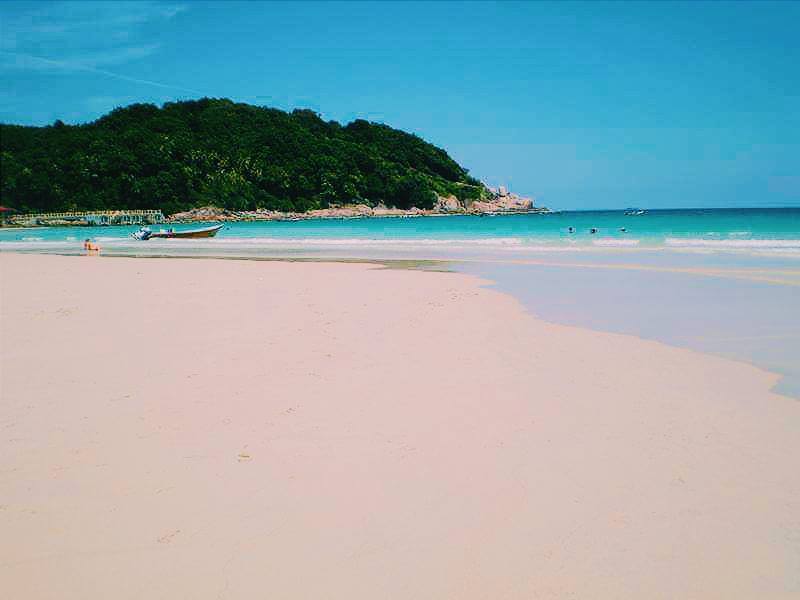 How to get to Pehertian Islands? There are buses coming from Kuala Lumpur around 8-hour drive from Singapore 9.5 hours, Johor Bharu 9 hours and Penang 8 hours. And you will arrive in Kuala Terengganu Bus Terminal in the morning and you have to arrange your transfer to Kuala Besult Jett. From there, you will ride a speed boat to get to Pehertian Island that will take you for about 30 to 45 minutes. The fare will be 60 RM  per person for speed boat, and 40 RM per person for low boat. 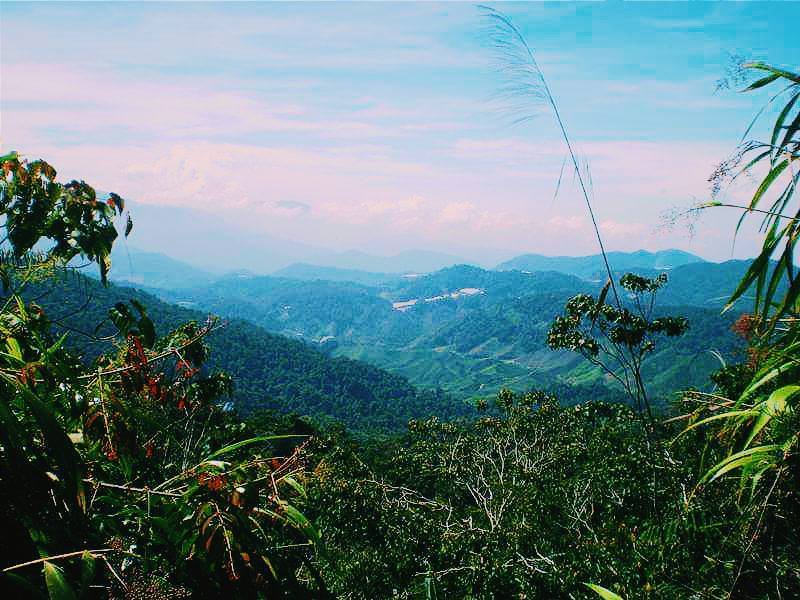 Cameron Highlands is the most popular of the highland retreats in Malaysia. Located at almost 2,000 meters at its highest point, Cameron offers visitors a moderate climate with daytime temperatures averaging around 25°C and 18°C at night. This makes the environment conducive for growing continental plants, fruits and vegetables while providing a cool escape for city-dwellers. The township of Cameron is itself divided into Tanah Rata where you can find cheap accommodation Brinchang and Ringlet.

How to get to Cameron Highlands? You can easily get a taxi from Ipoh or Kuala Lumpur. A taxi from Ipoh would cost anywhere between 150 RM one way. Or if you will opt for a bus, there are a lot heading to Cameron Highlands from most major cities in Malaysia. Most of them are very comfortable, air-conditioned and cheap. Most buses drop passengers off at the main bus station in Tanah Rata. It will cost you around 40 RM. 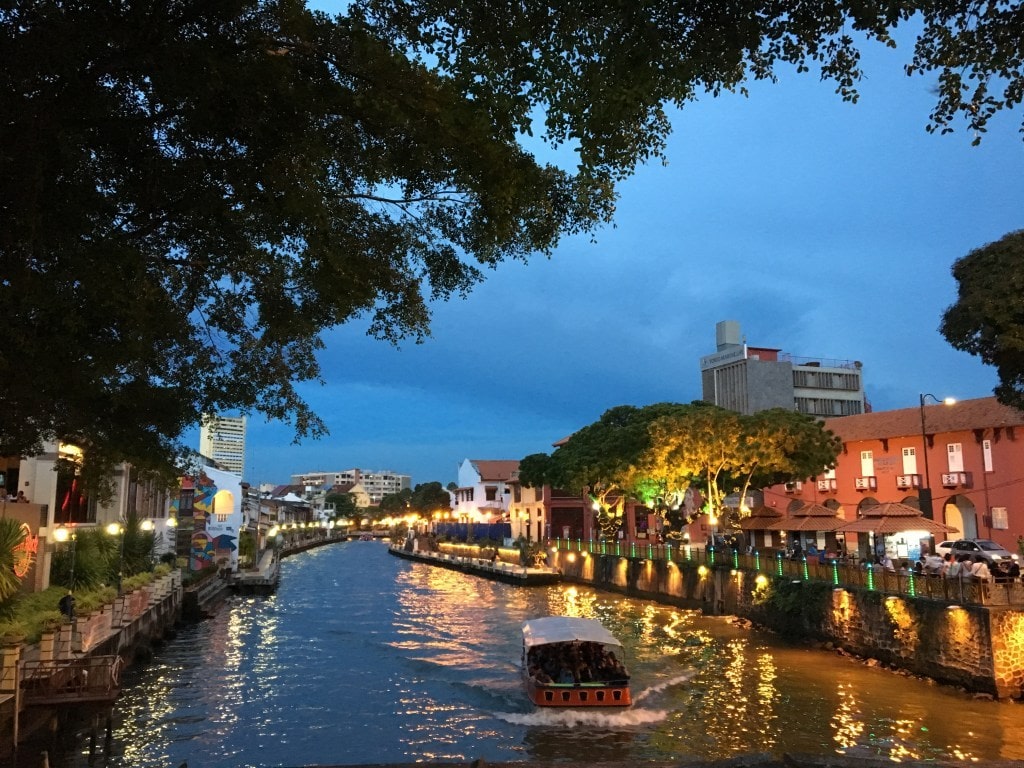 Melaka River has been beautified with pedestrian walk way on both sides of the river. There are numerous cafes and coffee shops along both sides of the walk way. Many choices of food and also can spend relaxing time with a cold beer sitting by the river side watching river cruise passing by. a good place to have meals as well as spend free and easy leisure time at the river side.

How to get Melaka? The easiest way of getting to Melaka is by bus, from Kuala Lumpur will take you 2 hours and it costs around 15 RM. There are buses going to Melaka from Johor, and even Singapore Buses run daily every 30 minutes between 7 am and 11 pm with fares priced at 20 RM for a one-way trip. The journey typically takes about 2 hours, depending on traffic – the earlier the departure time, the less likely you’ll get stuck in traffic!

Read here more things to do in Melaka! 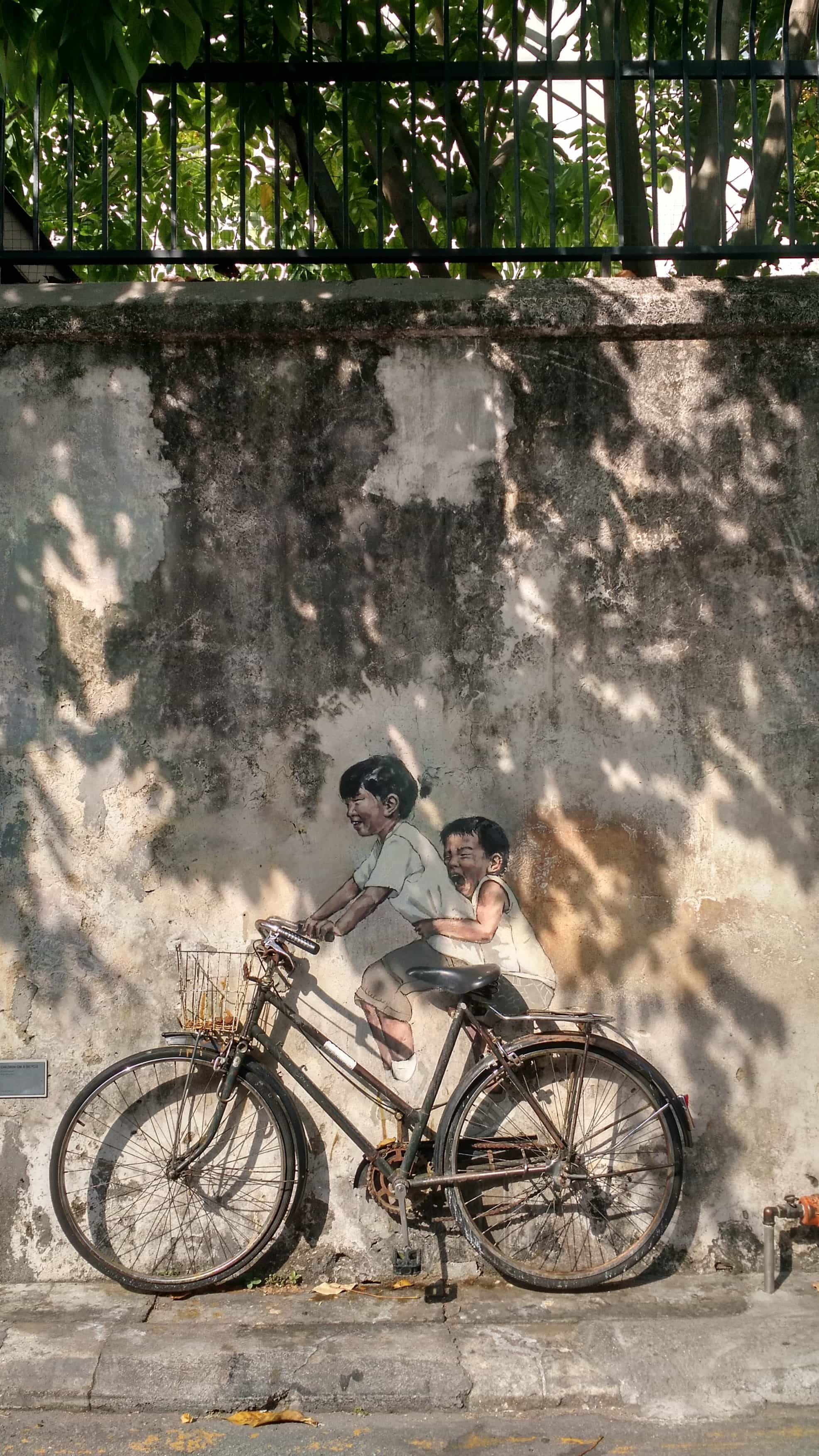 Penang is a state in northwest Malaysia comprising mainland Seberang Perai and Penang Island. It is famous for its soft sandy beaches and is known as the food capital of Malaysia. Some of the most interesting sites of Penang include the sandy beaches of Tanjung Bungah and Batu Ferringhi, the landscape from the summit of Penang Hill and the vipers in the Snake Temple. As well as Penang’s many flea markets, pasar malams’, KOMTAR and modern shopping malls also merit a visit. We really liked it street art in Penang.

How to get there? Penang You can use every form of transport imaginable; plane, train, bus, car and even a taxi. From Kuala Lumpur it generally takes around 5/6 hours to get to Penang, no matter which form of transport you. The train from KL departs in the morning and in the early afternoon; the total trip takes approximately 6 hours. One-way ticket prices roughly range from 20-100 RM. The cheapest and often quickest way to get from Kuala Lumpur to Penang is by taking the bus. Busses depart at the main terminal in Kuala Lumpur, Puduraya bus station, to Sungai Nibong; the central bus station in Penang. The trip by bus usually takes around 5,5 hours. Tickets are sold for around 30-40 RM, depending on the operator.

Read here for more things to do in Penang! 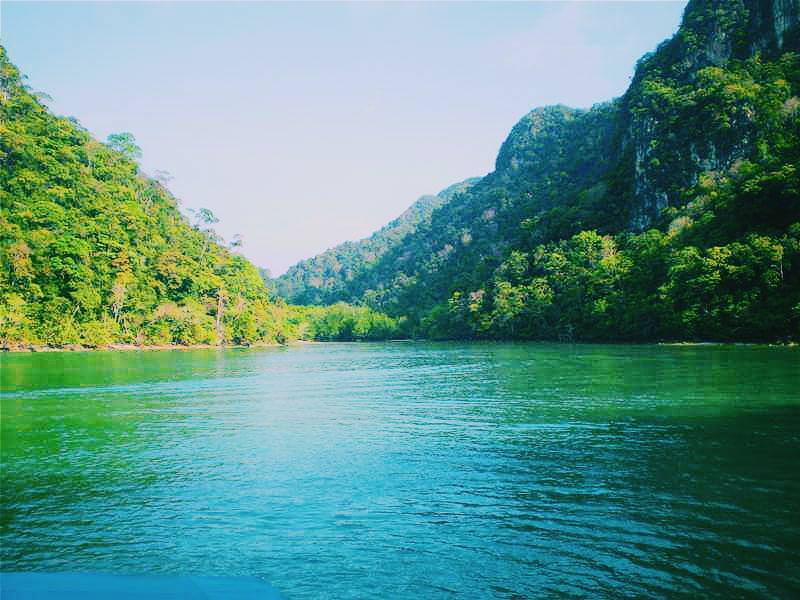 Langkawi is an archipelago made up almost 100 small surrounding islands; only four of them are inhabited in Malaysia’s West Coast. Surrounded by turquoise sea, the interior of the main island is a mixture of picturesque paddy fields and jungle-clad hills. The island is especially recognised for its excellent diving opportunities and this tropical gem hides a treasure trove of other exciting holiday opportunities.

How to get there? There are several bus companies operating to Kuala Perlis and Kuala Kedah, which serve as jump off points to Langkawi. Make your way to Puduraya Bus Terminal or Duta Bus Terminal and get a ticket. Fare ranges are from 30-40 RM. You can fly to Langkawi from Kuala Lumpur with  AirAsia flies to Langkawi a few times per day. 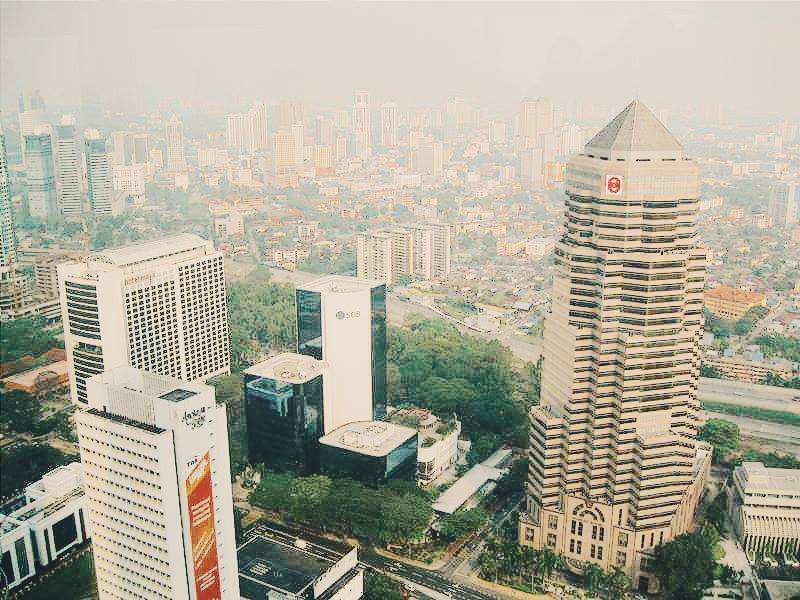 The Petronas Towers, also known as the Petronas Twin Towers, are twin skyscrapers in Kuala Lumpur, Malaysia. According to the Council on Tall Buildings and Urban Habitat’s official definition and ranking, they were the tallest buildings in the world from 1998 to 2004 and remain the tallest twin towers in the world.

How to get there? The most economical way is to travel to KL Sentral by bus (costs RM 12 per person), which will take you an hour. Once you reach KL Sentral, you can board the LRT to KLCC. The whole trip shouldn’t cost you more than RM 16-17 per person and approximately 1.5 hours.

Read here to know more about our experience in Kuala Lumpur. 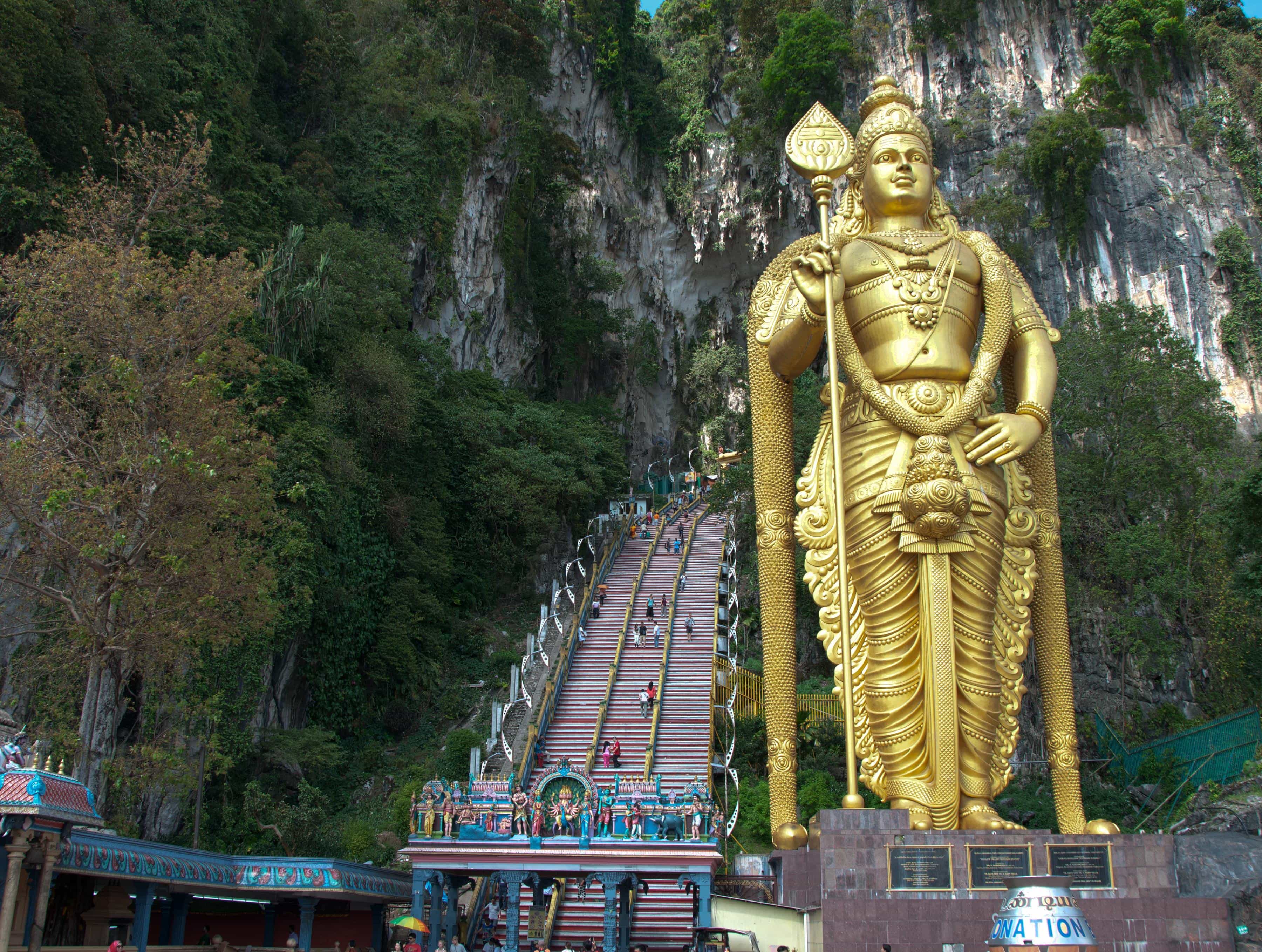 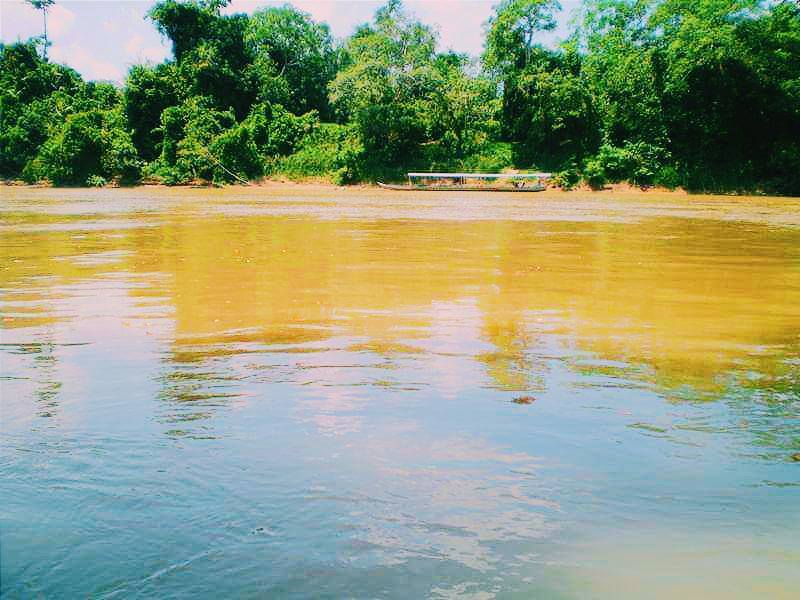 Taman Negara is a vast national park in Malaysia on the Malay peninsula. It encompasses a sprawling tropical rainforest that’s said to be 130 million years old. And it is the perfect place if you love rainforest and outdoor activities. Experience walking on the world’s longest canopy walkway, visiting the aborigine village, trekking under rainforest canopy, climbing the highest mountain in Peninsular Malaysia, caving, fishing, camping, observing wildlife, and many more. 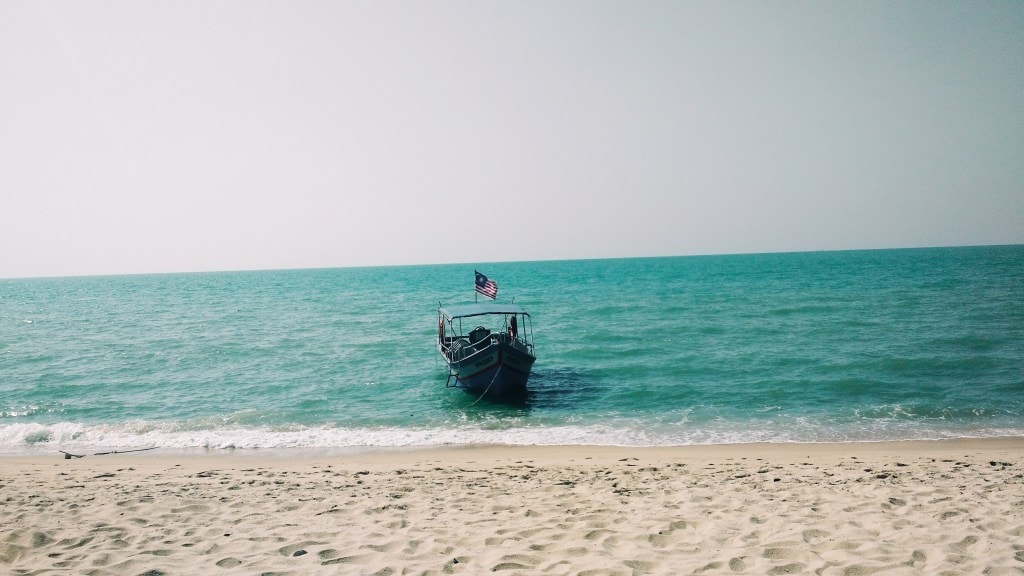 Batu Ferringhi is a beach town in Penang, Malaysia. It takes up the northern coast of Penang island along with the nearby beach town of Tanjung Bungah and the local fishing village of Teluk Bahang.

How to get there? Catching a bus to Batu Ferringhi is cheap and departures are fairly frequent throughout the day. From Penang International Airport to Batu Ferringhi is a distance of 31km on bus 102 which departs to and from the airport every 60 to 80 minutes. The first bus from the airport departs at 6 am and the last at 11 15 pm. In the other direction the first bus leaves Teluk Bahang at 6 15 am, the last at 11 pm. Tickets cost 4 RM. 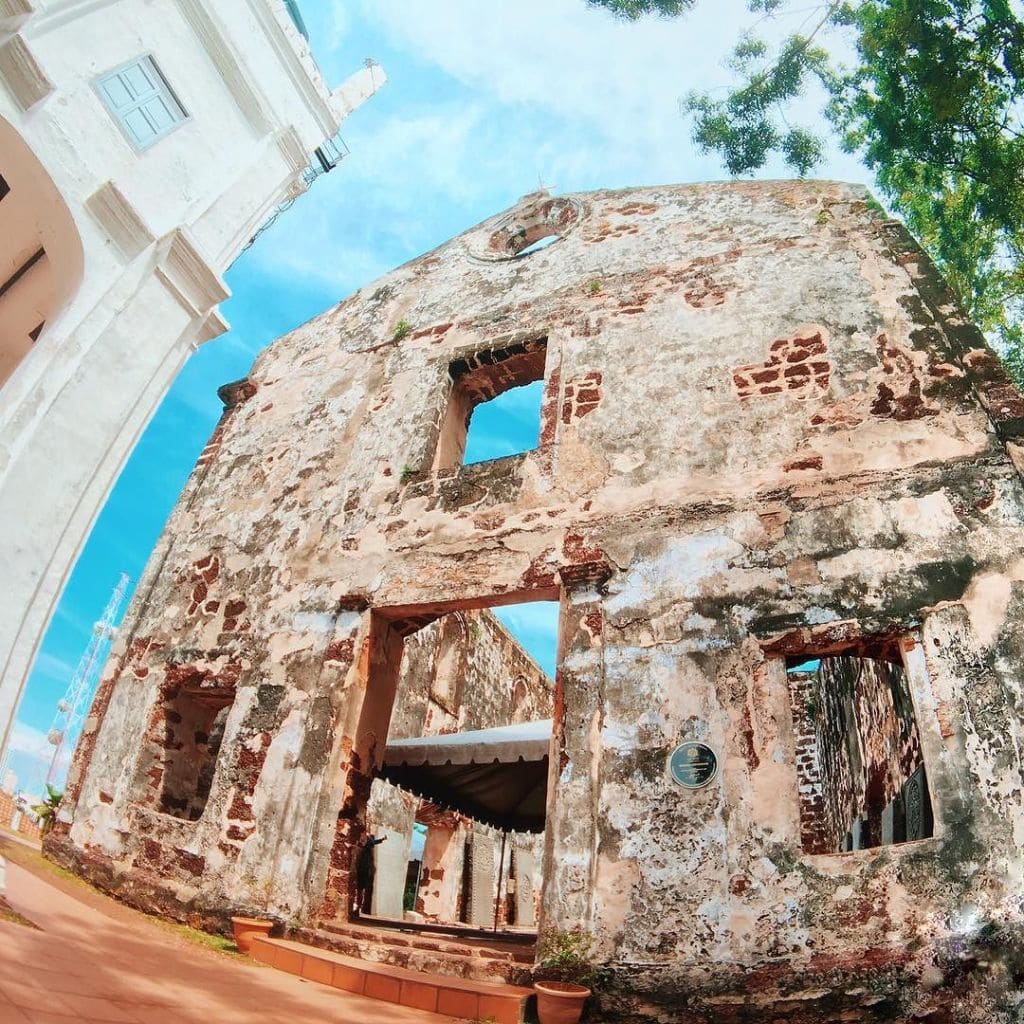 St. Paul’s Church is a historic church building in Melaka City, Malaysia that was originally built in 1521, making it the oldest church building in Malaysia and Southeast Asia. It is located at the summit of St. Paul’s Hill and is today part of the Melaka Museum Complex comprising the A Famosa ruins, the Stadthuys and other historical buildings.

How to get there? You have to get a bus to Melaka from Kuala Lumpur 2 hours journey and 15 RM. There are also buses coming from Singapore for 20 RM and it will take around 2 hours depending on the traffic!

If you want to read more of our Instagrammable places to visit in Hong Kong, Singapore, Thailand and Cambodia.

Travel Guide to Malaysia: Things to Do - Gamintraveler

Amazing Things To Do In Melaka (Travel Guide) - Gamintraveler

[…] in Malaysia and budget travel in Malaysia. Today we will focus in our most instagrammable places in Malaysia from our recent trips in Southeast […]