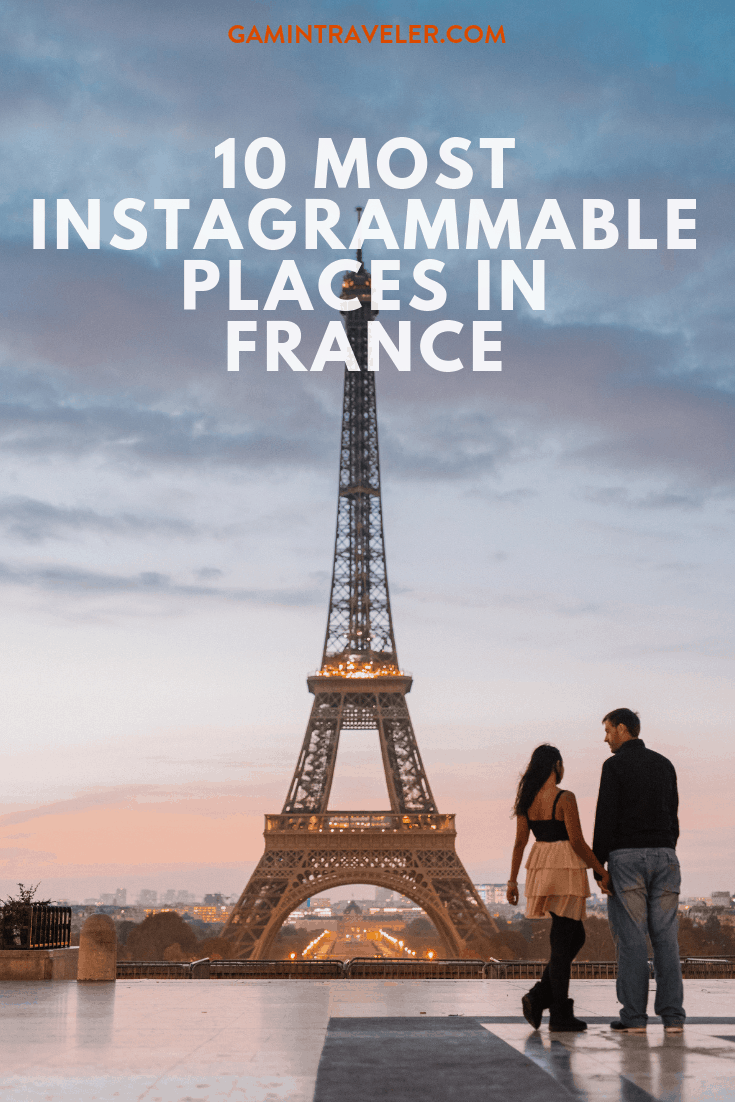 Sometimes referred to as the Hexagon, France has a population of 63.5 million. France is widely known for its sophisticated cuisines, array of different types of wines, art and culture. There are also a lot of instagrammable places in France for every tourist that would want to go to apart from Instagrammable places in Paris that we wrote about them.

About two thirds of France is made of mountains and hills, but it doesn’t stop the tourists from putting France in their bucket list of places they want to travel to.

Read here France sim card for tourist, how to get from Beauvais airport to city center, Charles de Gaulle airport to Paris city center and things to do in Toulouse

Read here our budget travel in France and things to know before visiting France!

How to get to France?

There are a lot of airports within France, but the three main airports are located in Paris. They are Paris-Beauvais Airport, Paris-Orly Airport, and Charles de Gaulle airport. All of these airports are easily accessible.

Read here how to get Paris city center from the aiport.

The Eiffel tower located in Champ de Mars in Paris, France and is named after the engineer Gustave Eiffel. The city is ringed with forests of Beech and oak called the lungs of Paris. It earned its nickname as the City if Light during Enlightment which was a European intellectual movement of the 17th and 18th centuries. It is one of the most instagrammable places in France.

How to get to Trocadero Square? The easiest and fastest is by metro line 6, unless you can go walking distance. The price of a metro ticket is €1.90 or  cheaper if you purchase 10 tickets. Once you are in Trocadero Metro station, you just have to cross the road and you will see the square and the view of the Eiffel Tower. It´s so beautiful! Just look for your favorite spot to take the pictures from the top or downstairs! Be patient sometimes because the place can be crowded.

Read here our most instagrammable places in Paris!

Nice is the capital of the Alpes-Maritimes department on the French Riviera. You can breathe in the Mediterranean fresh air as you go around the promenade. You can also have the best view of the city at the top of Castle Hill. Experience the sun year round and take a walk at the vibrant and colorful streets and the shores. Nice is one of the most place that tourists visit in France. Nice has also been a hub for scientific and technological research. The coast is so beautiful from Nice to Menton passing by Montecarlo.

How to get to the view point of Nice? You just need to go to the end of the beach and going upstairs and you will find your perfect spot for sunset and taking pictures. It’s 10-15 minutes walking distance from downtown.

Click here to read our full travel guide to Nice!

Marseille is a port city on the Southern part of France. It’s the center for immigration and trade; it is also where fishmongers sell their catch. The old port of Marseille looks stunning at night when the lights from the houses and buildings are lit. In the morning, it looks like a place of its own, like its own kingdom. It houses the Notre-Dame de la Garde. It is a basilica and the city’s most well know symbol and the most visited site in Marseille. It was our first stop in France and we had an amazing time walking around the old port.

Read our experience how to get from Marseille airport to city center and things to do in Marseille! 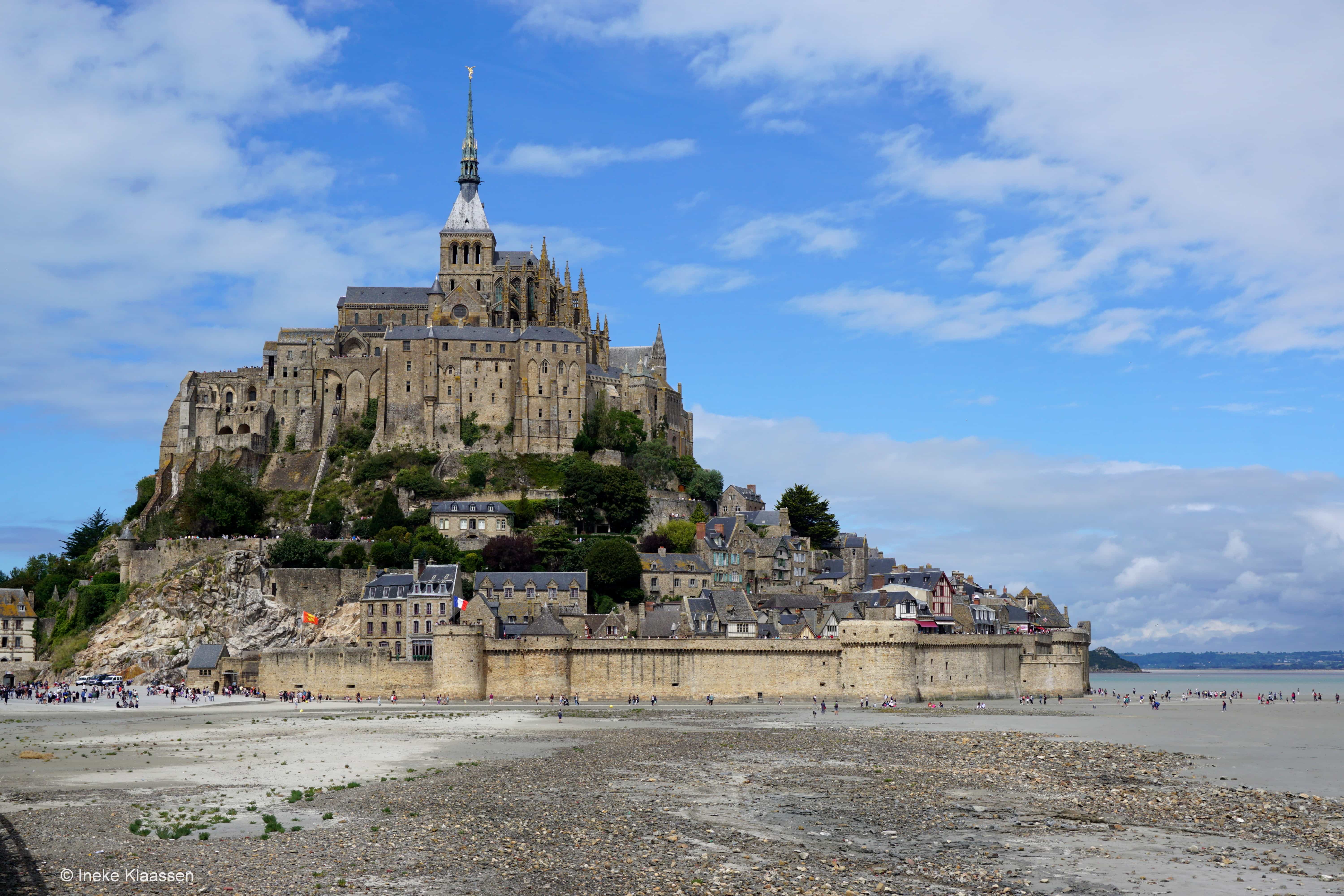 Mont Sant Michel is an island and mainland commune in Normandy, France. The island is located about one kilometer off the country’s northwestern coast. It’s most visited attraction is the Mont Saint Michel Abbey which is an essential part of the structural composition of the town the feudal society constructed.

The abbey is beautiful, but it becomes even more impressive when the guided tour is introduced and the history-regaled.

How to get to Mont Sant Michel? From Paris, you can ride a train to Mont Sant Michel that costs €55.80 it will take 3 hours and 40 minutes. While on the Normandy region, you can also visit the D-day beaches where the landing operations on Tuesday, 6 June 1944 of the Allied invasion of Normandy in Operation Overlord during World War II happened. It’s a historical place and if you are a history buff, you’d love going there!

A French balcony is actually a false balcony, with doors that open to a railing with a view of the courtyard or the surrounding scenery below. Something Rachel felt in love in France and Paris was balcony views. Most units in France have balconies. They were so beautiful watching from the top. She loved seeing how busy the city is and the architecture of the capital of France.

You can find them around the city in malls, hotels or maybe in your Airbnb! There are a few cities that we visited and we loved the balconies architecture like Nice, Marseille and Paris! Rachel loved them and it was her most instagrammable places in France and every city that we visited. 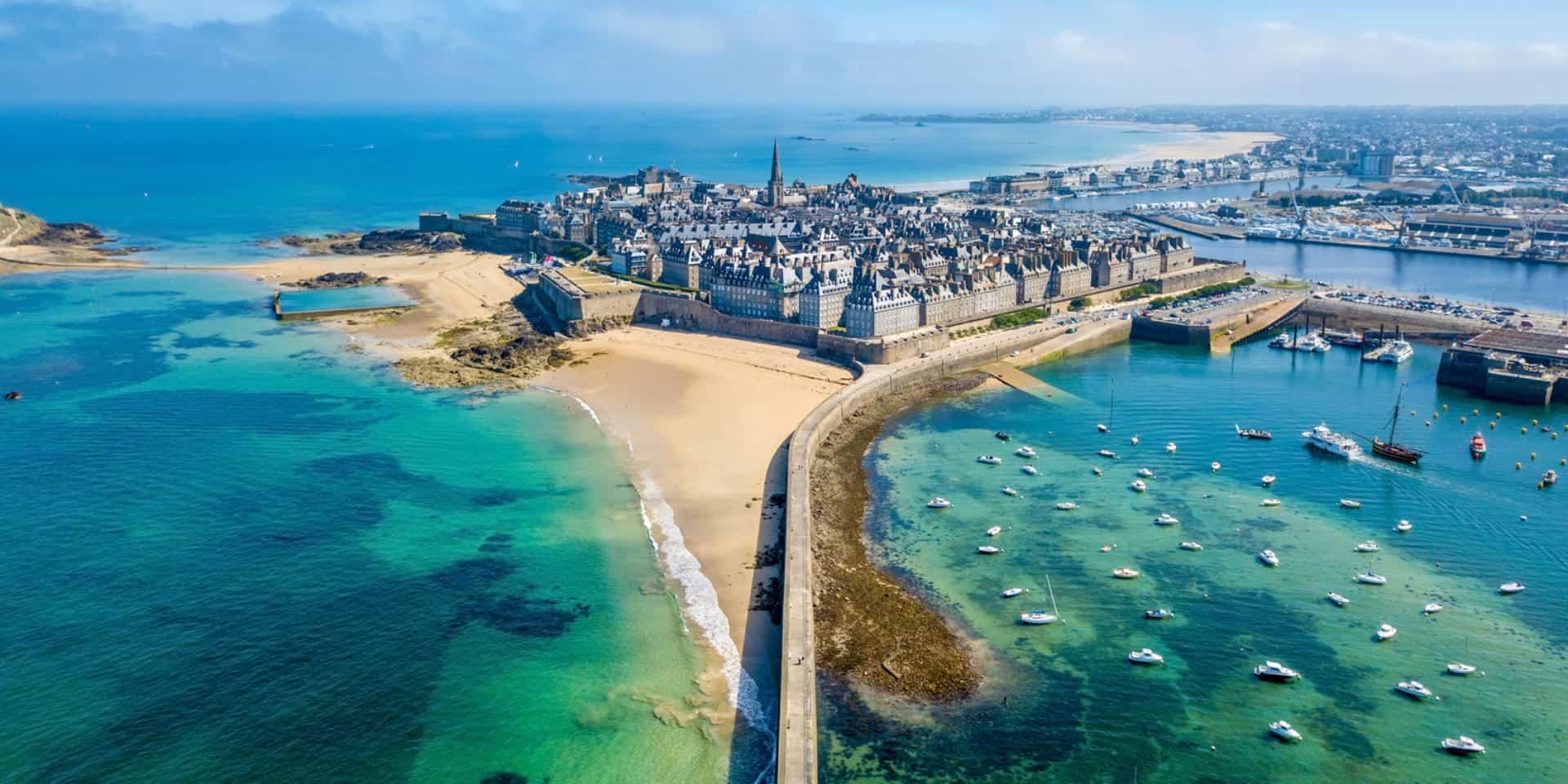 Saint-Malo is a port city in Brittany, in France’s northwest. Tall granite walls surround the old town, which was once a stronghold for privateers (pirates approved by the king). Saint-Malo was named for Maclou, or Malo, a Welsh monk who fled to Brittany. The walled city had a long history of piracy, earning much wealth from local extortion and overseas adventures.

The old town is known as intra-muros or ‘within the walls’. One place that you can go to in Saint Malo is Parc de la Briantais which is an attractive very large open park area offering good views. You can cover Malo from end to end by food, but you can also choose to ride the train for €5.50.

On an average weekday, there are 11 trains per day travelling from Paris to St–Malo. Fare ranges from €16.00 – €165.0. If you want to ride the plane, there are three flighst everyday from Paris to Saint Malo. Dare can cost up to €200.

The city of Menton is a small area located right by the Italian border and has charming pastel-colored buildings and gorgeous coastal views. It was originally part of Monaco when the city was bought by Prince Charles Grimaldi.

Menton was known as a health resort frequented by the British who just can’t get enough of the sunshine. Going through it’s narrow, cobbled streets you’ll find Menton’s Old Town, Basilica St. Michel, some museums, a casino, a garden, a 2-star Michelin restaurant called Mirazur, and several beaches.

How to get to Menton? If you’re coming from Paris, the average journey time between Paris and Menton is 7 hours and 11 minutes and the fastest journey time is 6 hours and 33 minutes. On an average weekday, there are 8 trains per day travelling from Paris to Menton. It costs €24.50 one way. 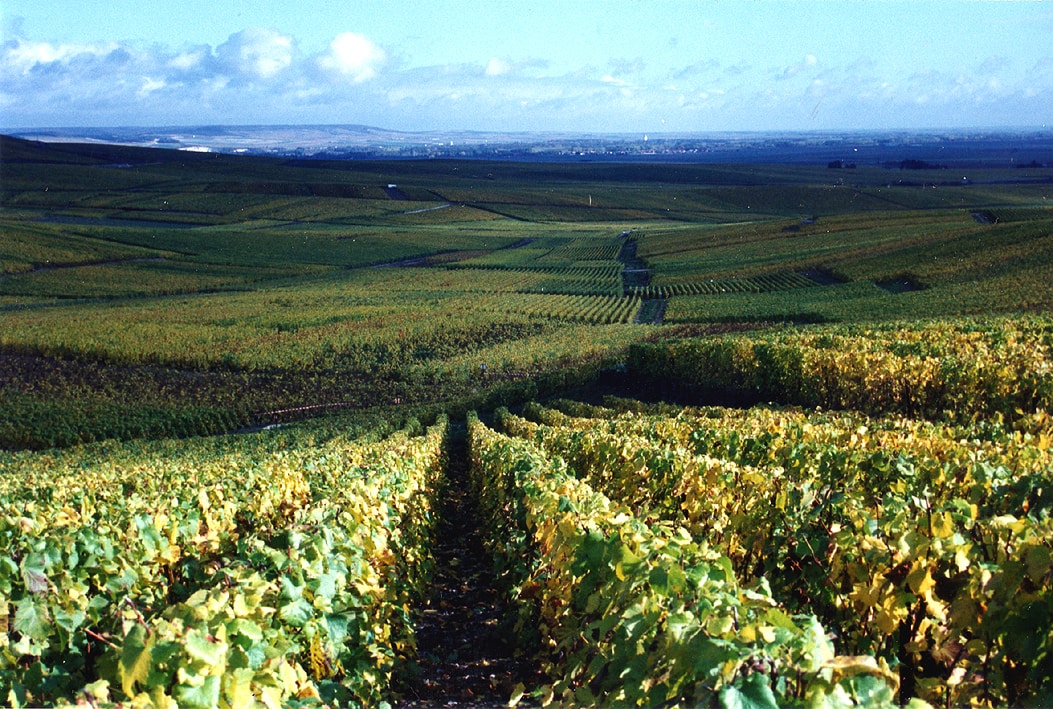 France is also famous for its wines and its numerous wineries. These places become famous as a tourist destination as well. In 2016, wine-associated tourism in France attracted almost 10 million visitors which was 2.5 million more from 2009 which was 7.5 million before.

How to get to Trocadero Square? The easiest and fastest is by metro line 6, unless you can go walking distance. The price of a metro ticket is €1.90 or  cheaper if you purchase 10 tickets. Once you are in Trocadero Metro station, you just have to cross the road and you will see the square and the view of the Eiffel Tower.

It´s so beautiful! Just look for your favorite spot to take the pictures from the top or downstairs! Be patient sometimes because the place can be crowded but it will be one of your favorite instagrammable places in France. 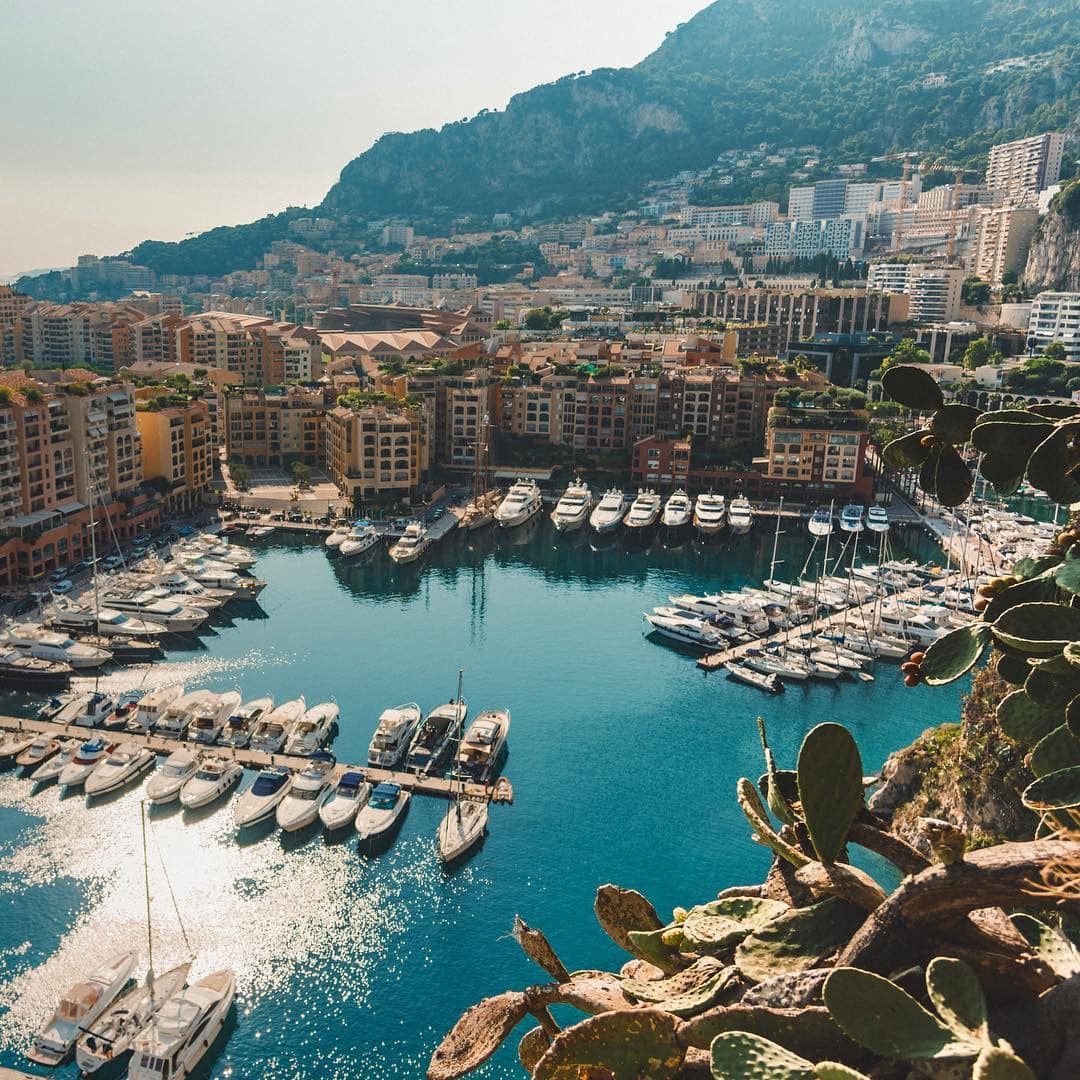 If you are traveling around French Riviera in Nice and Menton, you will find Montecarlo on the way. You will have the experience of visiting another country and taking nice shots in the views from the cliffs.How to get to Montecarlo? There are public buses going from Menton and Nice during the day.

How to get to Montecarlo? Prices for the buses are €1.50 and it will take only 30 minutes. You can also go by car if you are traveling around French Riviera and France in a road trip.

Looking for accommodation in France?

Accommodation in France is very expensive if to compare to any other countries around Euro. You can access a dorm from that can go up to €18-30. And while a hotel that is double room in a budget can go up to €90. This prices vary depending on how much luxurious you want to. Also prices of accommodation can go up and down depending on what season you choose to go.

Click here to get $30 USD off your first booking with AirBnB!

CLICK HERE TO BOOK YOUR ACCOMMODATION IN FRANCE BEFORE YOUR TRIP WITH BOOKING.