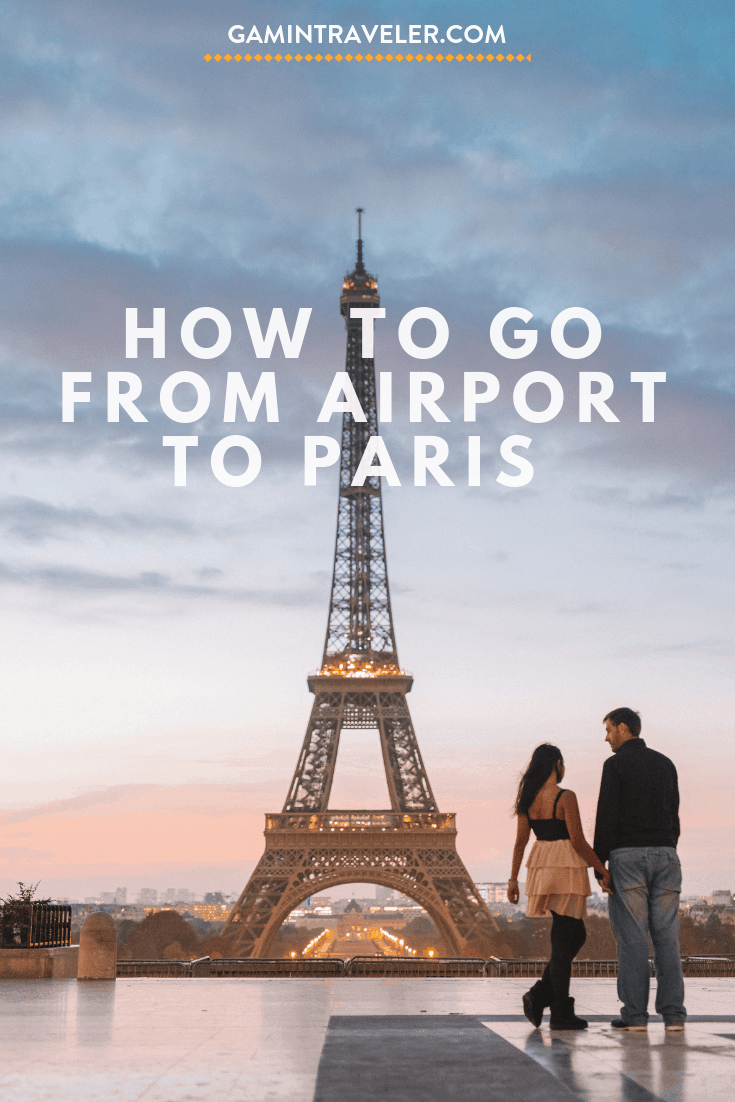 When you hear the word “City of Love”, what would be your first thought? Did we think of the same thing? Aaahh, Paris! Yes, the City of Love! Paris the capital of France, a place that offers locals and tourists a variety of museums, theater, cuisines and architectural landmarks that are famous all over the world.

It is a famous destination for travelers and even newly wedded couples. It is indeed a perfect setting for a romantic getaway with your loved ones, or friends! Romantic moments strike at every corner of Paris. In this blog post, we will not only share you our experience, but we will provide you everything you need to know before visiting the City of Love, Paris. But first we don’t want you to be lost in this beautiful city. How to get to Paris? Or specifically you may ask, How to get to Paris city center from the airport?

How to get to Paris

How to get from Beauvais airport to Paris city center

Branded as Paris-Beauvais Airport, this airport is an international airport near the city of Beauvais in France. It is mostly used by travelers because of its low-cost airlines. In our case, we came from Thessaloniki, Greece and it cost us for around €38 for a 3-hour long flight. We left Paris from Beauvais airport to Madrid and paid €70 for one-way ticket for a less than 2-hour flight. Ryanair has most of the flights in this airport.

Beauvais airport is located 80 kilometers from Paris city center. From the airport, there are regular shuttle buses available that link Paris mainly to the airport. You can book your bus online or prepaid in the airport to Porte Maillot in Paris. The journey takes 1 hour and 15 minutes and costs €16. You can book your bus in this link. You can also go by riding a taxi but an 80-kilometer ride can cost you €120-€150.

How to get from Paris-Orly to Paris city center 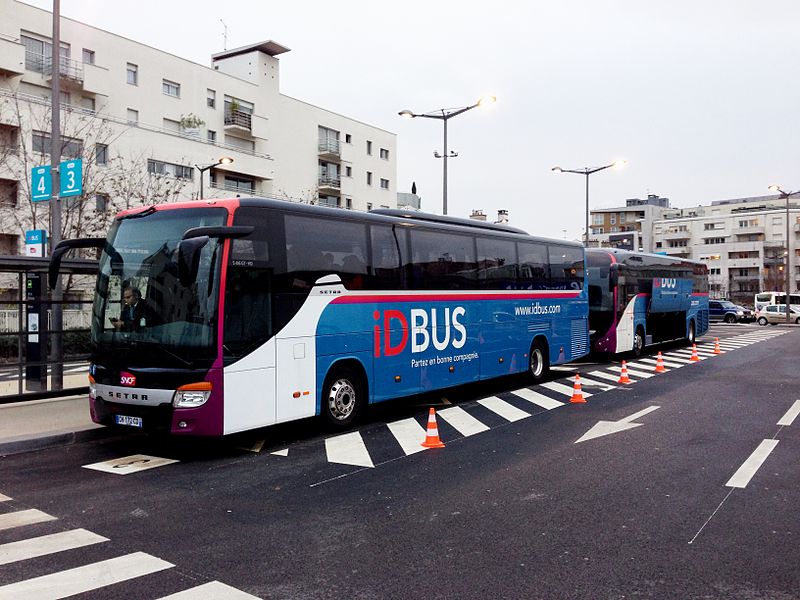 Paris-Orly Airport is the second most important airport in Paris and is located approximately 18 kilometers from the city center. Although it is not the most important airport of the French capital, this airport hosts a high number of passengers per year and is very used by those who want to visit Disneyland Paris.

Read here if you want to be connected online when traveling the world!

A convenient way to get from Paris Orly Airport to Paris if you are not loaded with much luggage is the RER B train. These commuter trains connect the center of Paris with its surroundings. Orly Airport does not have its own train station but thanks to the Orlyval shuttle, it will be very easy to get to one. The Orlyval connects both terminals of the airport in approximately 10 minutes. This shuttle train operates from 6am to 11pm, and the train departs every 5 minutes.

Once you arrive at the Antony RER train station, you can take the local train and arrive in about 20 minutes to the center of Paris. These trains operate from 5 in the morning until midnight with an approximate departure frequency of 10-15 minutes.

To get from Orly Airport to the RER Antony Train Station, there is an alternative to the Orlyval. The bus Paris par le train covers the same route, which is somewhat cheaper and leaves from 4:30am until 1am.

The airline Air France offers both its customers and those who fly with other companies a bus service to reach the center of Paris. From the Orly Airport, they operate two of its lines. Line 3 connects directly with Charles de Gaulle Airport. Line 1 will take you to the Arc de Triomphe passing Les Invalides and the Montparnasse Train Station.

Air France buses depart approximately every 15 minutes and take around 45 minutes to reach their final destination. Your schedule is from 5:45am to 11pm and you can take them from both terminals. The price is €21 on line 3 and €12.5 on line 1.

The Orlybus public bus connects the two terminals of the Orly Airport with the Denfert-Rochereau Metro and RER station, which is very close to the Paris Catacombs. Before reaching the end of this route, it stops at Jourdan Tombe Issoire, Parc Montsouris and Alésia – René Coty. The journey is approximately 30-40 minutes and departs between 6am and midnight. The price is €8 for a single ticket. The departures are every 20 minutes.

Bus 183 can pick you up at the S terminal and arrives at Porte Choisy, where you can change trains by metro and tram. This bus is a public transport, so it is undoubtedly the cheapest way to go downtown. The price of the single ticket is € 1.90 and you can buy it on the same bus. The bus is running from 5am until midnight from Monday to Sunday. Departures are every 30 minutes.

The night bus can pick you up at the two terminals. It is the economical way on how to get to the center of Paris at night. The price of the single ticket is €6 and you can buy in the same bus. The bus is running from from 12:30am to 05:30am from Monday to Sunday. The departures are every 60 minutes.

If you are looking for the comfort of the taxi, it will cost you €40 during the day and around €45 if you are traveling at night. 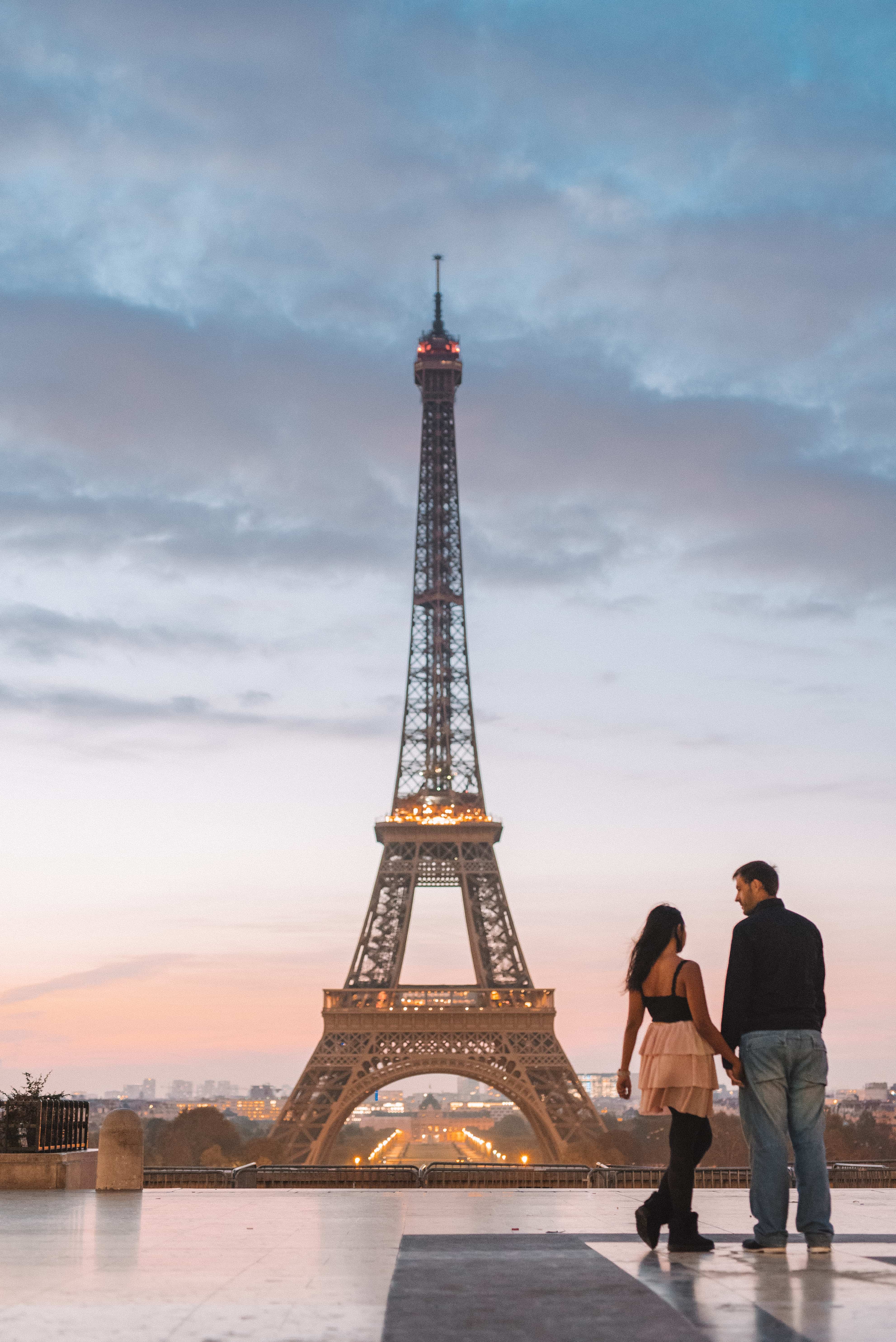 The train is a convenient and economical way to get to most corners of Paris as it connects at different points with the metro service of the French capital. You can take the train in both Terminal 1 and Terminal 2 of Charles de Gaulle Airport. The schedule is from 5am until midnight from the airport to the center of Paris and from 4:45am until midnight in the opposite direction. They train departure is every 10-15 minutes and take 25 minutes to get to Gare du Nord station; 30 minutes to get to Châtelet – Les Halles; and 35 minutes to Denfert Rochereau. The price of RER B is €10.

Public buses 350 and 351 leave from terminals 1 and 2 of the Charles de Gaulle Airport and connect respectively to the Gare de l’Est train station, the Nation train and metro station. They are more economical than the rest of the buses, but when they are making more stops, they can take more than an hour to reach the center of Paris. They leave approximately every 20 minutes.

There are night buses (The N140 and N143 buses) that operate between 12:30am and 5:30am and both go by different routes to Gare de l’Est. The payment is depending on the distance. Prices range from €2-7.50 and buses are leaving every hour.

Le Bus Direct is a service offered by Air France. It can be reached at terminals 1 and 2 and stops at various points in the city such as Eiffel Tower, Trocadero or Campos Eliseos. The price of the single ticket is €17 and if you buy the return ticket it costs €30. For children from 4 to 11 years old, the ticket costs €10 and children under 4 years old do not pay. You can buy it in terminal 2 in their vending machines saving €1 and also you can buy it on board. The bus starts at 5:45am to 11pm from Monday to Sunday. Buses leave every 30 minutes.

If your destination in Paris is close to the Opera Garnier, this is your bus. The difference with the Air France bus is the price, €10, and that it only has one destination. The route is 50 minutes and leaves from the three terminals of the Charles de Gaulle Airport. It operates from 6am to 11pm.

It´s the most comfortable option and can cost you €50 during the day and around €10 extra if you are traveling at night time. 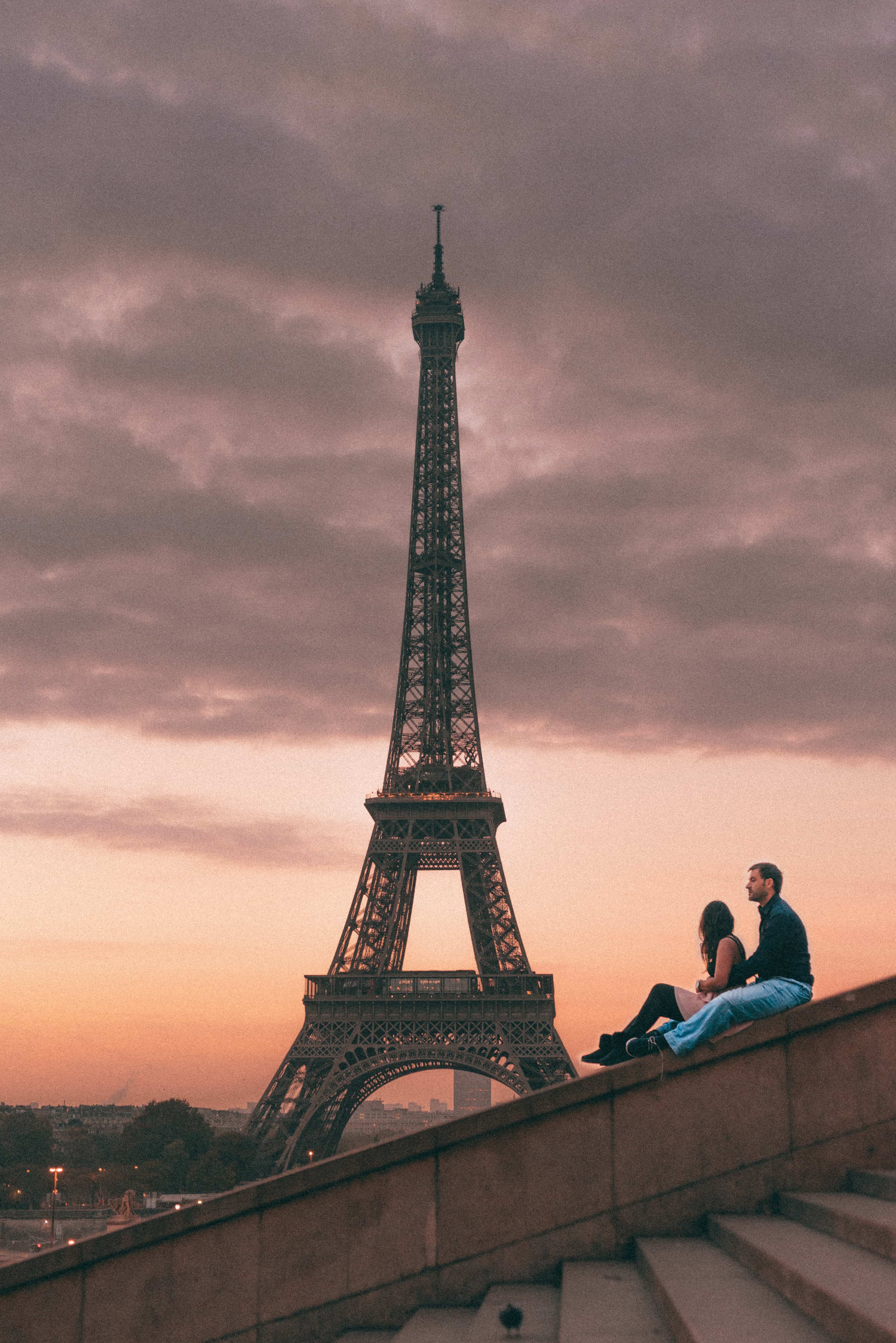 Just being in Paris is a rewarding event! You will enjoy every second of your time walking around, visiting famous landmarks, appreciating arts and just relaxing and taking a breath of fresh air. It is more special if you focus on someone you love the most by roaming around the beautiful streets of Paris.

The best time to visit Paris is from April to June and October-November.  The weather is mild and tourist crowd is a little bit less than in summer. Skies are often clear but with a little bit of rain. In the month of August, it lacks local atmosphere because some locals fly to different destinations of their own.

Where to stay in Paris

We stayed in two amazing hotels where we totally enjoyed the picturesque views of the Eiffel tower from our room and from the rooftop. Paris is an expensive place for accommodation since the city is ranked as top 3 destination around the world. 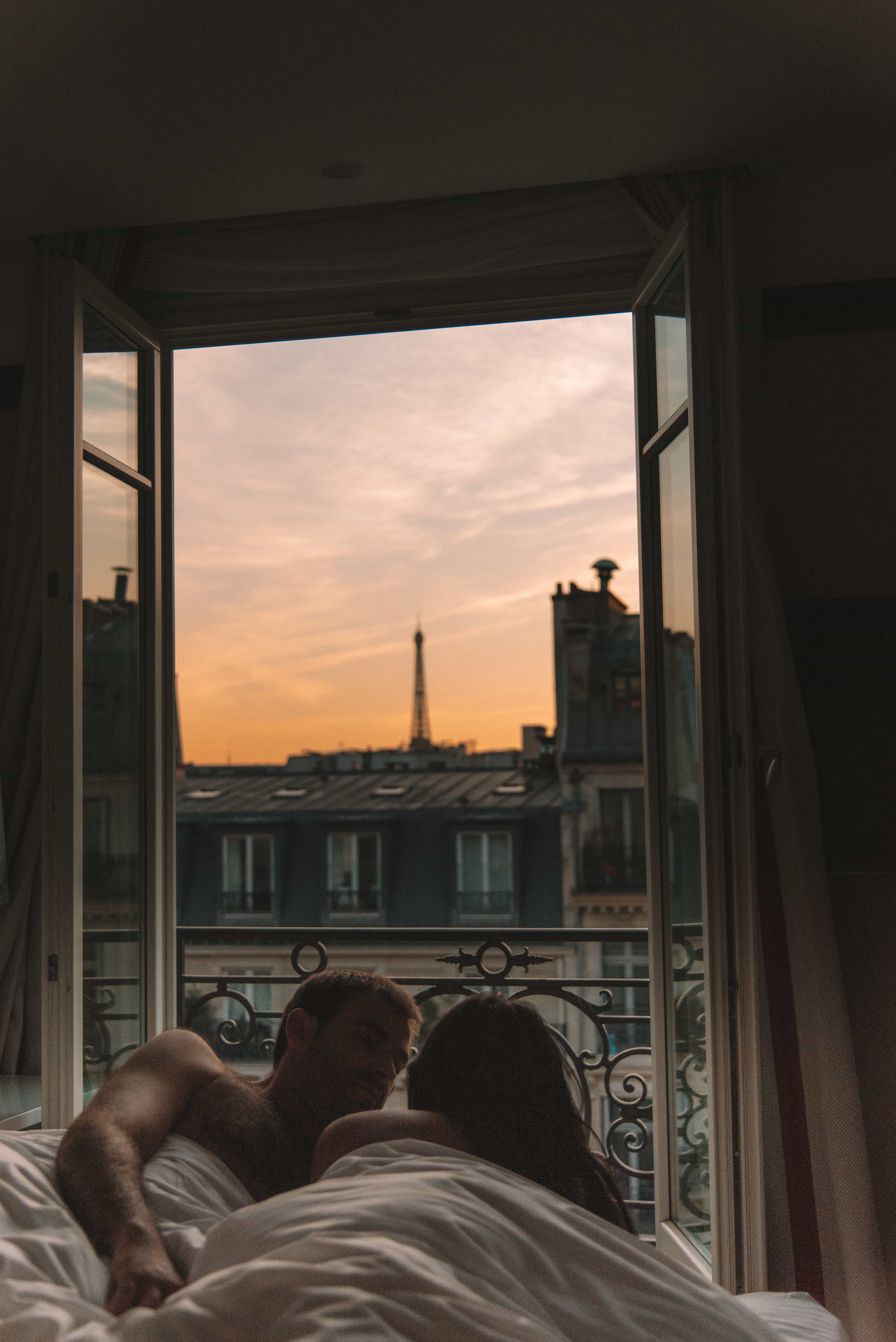 The location of this hotel was great. We loved the beautiful views of the Eiffel Tower and Parisian streets from our balcony. We enjoyed all the comfort in our room and the food they served was so delicious. The staff was super friendly and we were really happy to spend our first night in Paris at Hyatt Paris Madeleine. 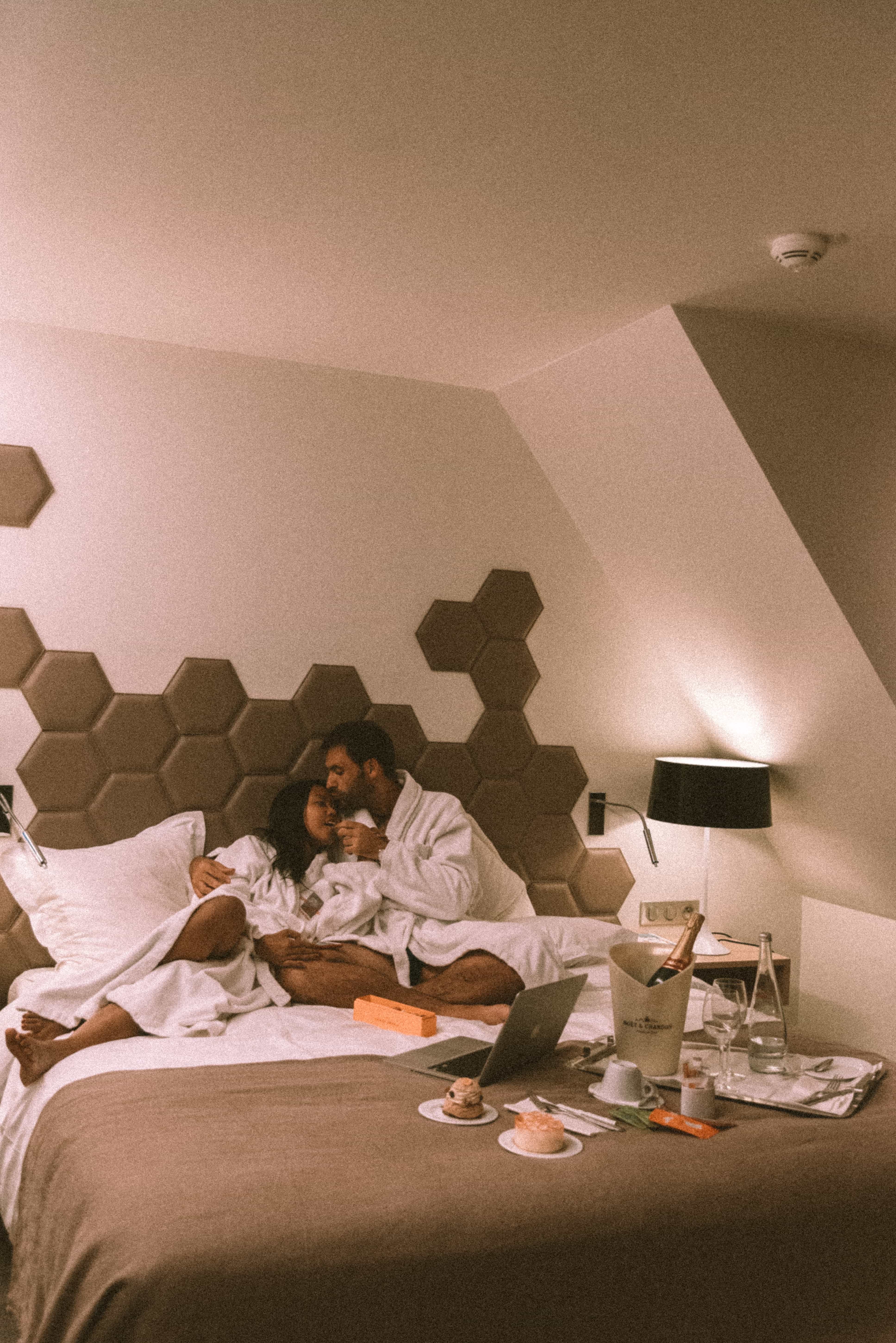 This hotel is located just 5 minutes walking distance from Arc du Triomphe in Paris. It was so cool walking around Champ Elysses. We loved our vintage place where we enjoyed our suite. The style was classic and we spent an amazing and romantic time at Hotel California Champ Elysees.

There are great deals starting from €60 in Airbnb, close to the city center and even cheaper if you go outside Paris. Read below for more options, click here you can get $30 USD off your first booking with AirBnB when you sign up with us!

Click here to get the best deals in Paris with Booking and Agoda!

If you want to visit more cool places to visit in Europe, check our travel guide to Nice, Madrid, Marseille and Lisbon.

10 Most instagrammable places in France - Gamintraveler

[…] can get your France sim card for tourist in Paris airport. It will be an option to buy for tourists coming from Paris. Expect to pay more in the airport than […]

[…] can get your prepaid Italian sim card for tourist in Italian airports. It will be an option to buy for tourists coming from Rome, Milano or Venice. Expect to pay more if […]

10 Most Instagrammable places in Paris - Gamintraveler