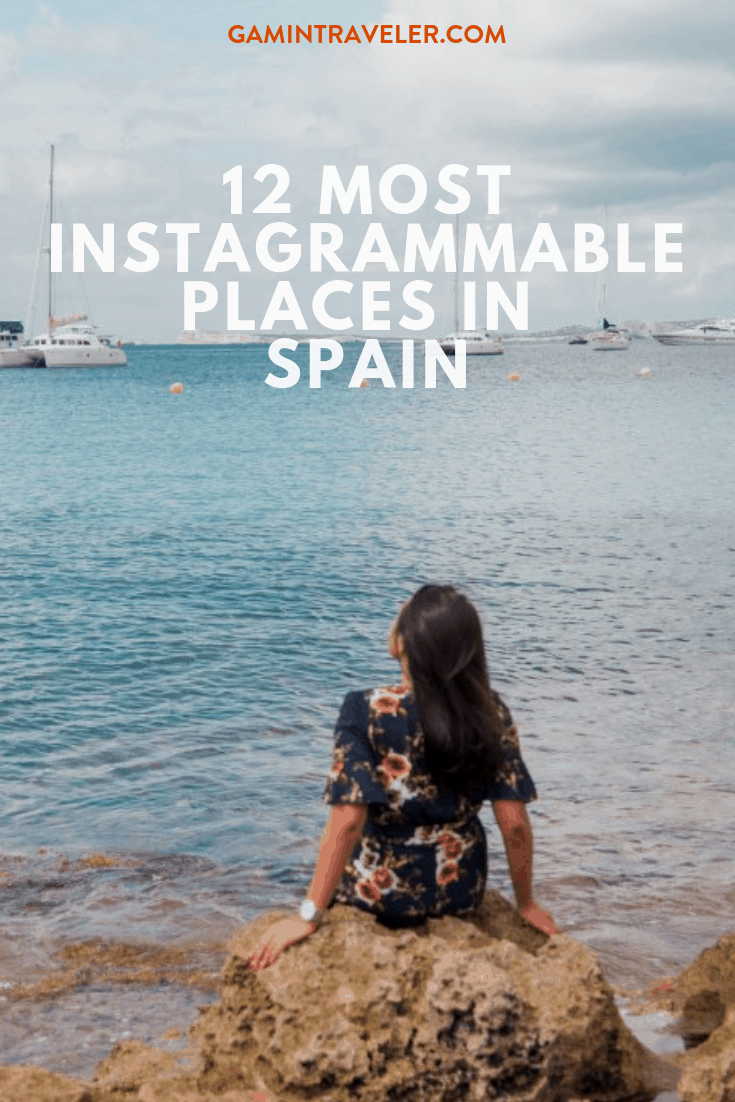 Located on the Iberian Peninsula in Europe, Spain is a place of vibrant and diverse culture that every tourist would fall in love to. From amazing architectural castles to the colorful fiestas, no wonder Spain has been one of the most visited places by tourists every year, and the number of tourists is getting bigger yearly.

If you’re an instagram enthusiast, you will surely love this post! We break down the best and top instagrammable places in Spain that you can go to and explore for your instagram feed. Read here Spanish food

How to get to Spain?

Many of Spain’s major cities rely on secondary, smaller airports from which many flights are generally more affordable. Depending on where you are coming from and where you will be landing, it is said that the cheapest airport to land to in Spain is is Madrid, followed by Barcelona then Seville. Airlines such as Iberia, British Airways and Lufthansa has flights in and out of Spain.

Flights from and to Barcelona can cost 137€ while flights from and to Bilbao can cost 260€ which is the most expensive so far. Also, the price might depend on what month you would visit as high seasons can rack up the prices of not just the flight fares but as well as the food and other necessities in Spain.

Check skyscanner to get the best deals!

You can look and search for cheap accommodations all over Spain through booking.com!

Also, if you want to book through AirBnb, we can give you a $30 credit on your first booking by clicking here!

Sabatini Gardens is located by the Royal Palace’s front facade, making the building more beautiful than ever. A rectangular pond can be found at the center, with fountains, sculptures and trees all around. Nice place to walk around and very quiet. The views from above Sabatini Gardens are very beautiful.

How to get to Sabatini Gardens? If you’re coming from the airport, you can take line 8 from the airport to Nuevos Ministerios, and then change to line 10 and get off at Plaza de España station. From there, it ill just be 5 minute walk to the Royal Palace where the garden is located.

Read here our favorite things to do in Madrid!

Click here to get a discount online booking tours in Madrid with Klook!

The Roman Aqueduct is not just a sight to behold but is also a very historic structure as it was built in 1st century AD. The Aqueduct is made up of more than 20,000 granite blocks that form 163 arches, with its highest point at 28 m high in Plaza del Azoguejo. It is located at the center of town and stretches for 818 meters.

How to get to the Aqueduct? Madrid to Segovia, it will take at least an hour to reach the Aqueduct. Bus into town from the Segovia Train Station: Once you get to the AVE train station in Segovia, hop on the #11 bus. Do not get off until the end. You will see the aqueduct and this is where the bus turns around to head back to the train station.

Read here our best things to do in Segovia!

Click here to get a discount booking online a day tour to Segovia! 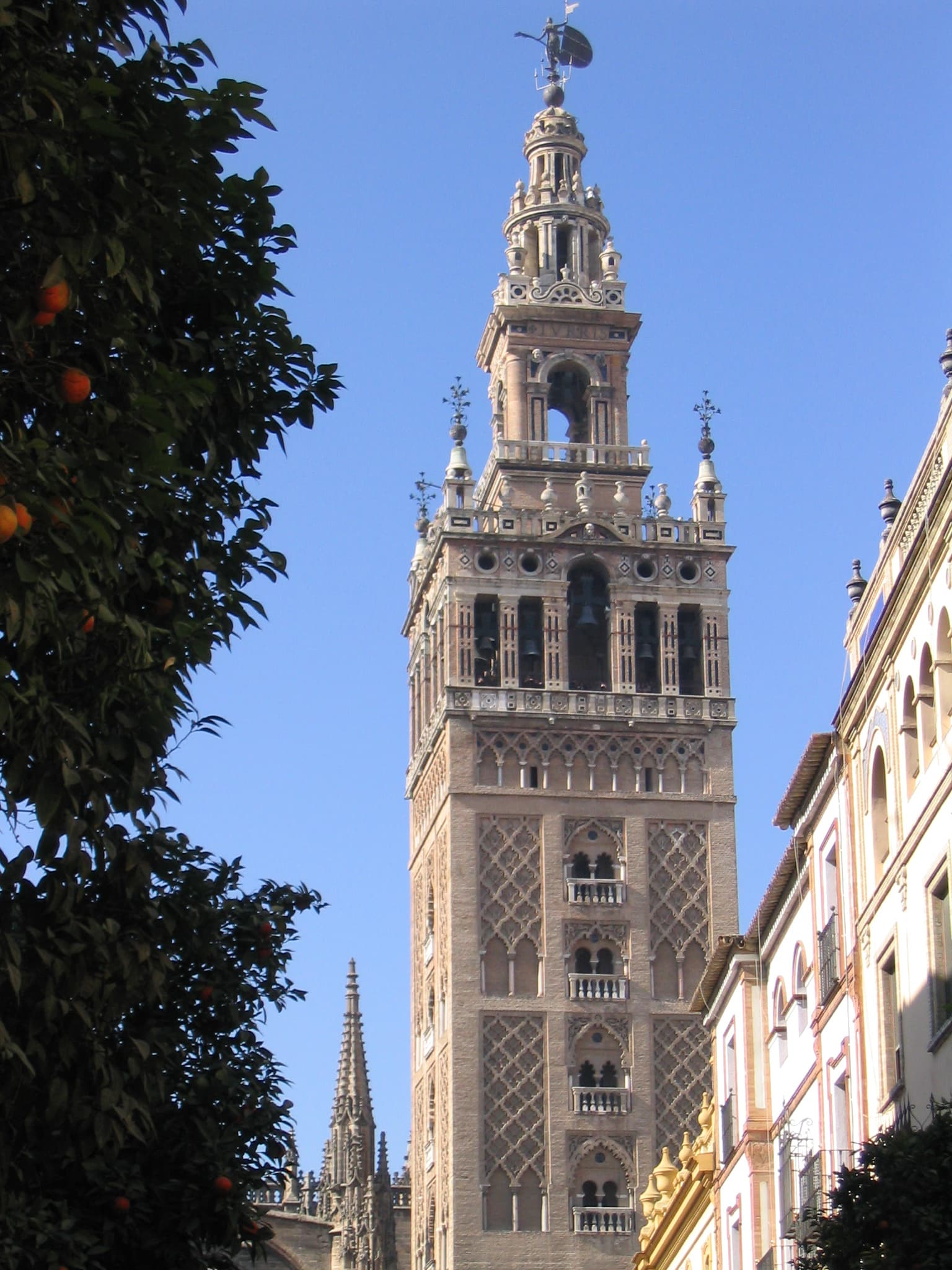 La Giralda can be found alongside the cathedral of Seville. It’s original purpose was to be a minaret (or lighthouse) for the Great Mosque of Seville during the 12th century but now it serves as a bell tower for the province’s cathedral.

It has been declared a UNESCO World Heritage Site on 1987, along with the Alcazar and the General Archive of the Indies. It stands over 100 meters high and used to be the tallest building in Seville until Sevilla Tower was built a few years ago. You can go up La Giralda when you visit Seville Cathedral for a fee on Mondays or for 9 EUR.

How to get to La Giralda? Walking from the very central Seville Cathedral, head east on Calle Fray Ceferino Gonzalez toward Calle Miguel Manara. Turn right, and the Royal Alcazar will shortly be on your left. Next to it is the La Giralda Cathedral. You can see all these places in 3 days in Seville.

Read here our favorite places to visit in Seville!

Click here to get your discount booking online tours in Seville with Klook! 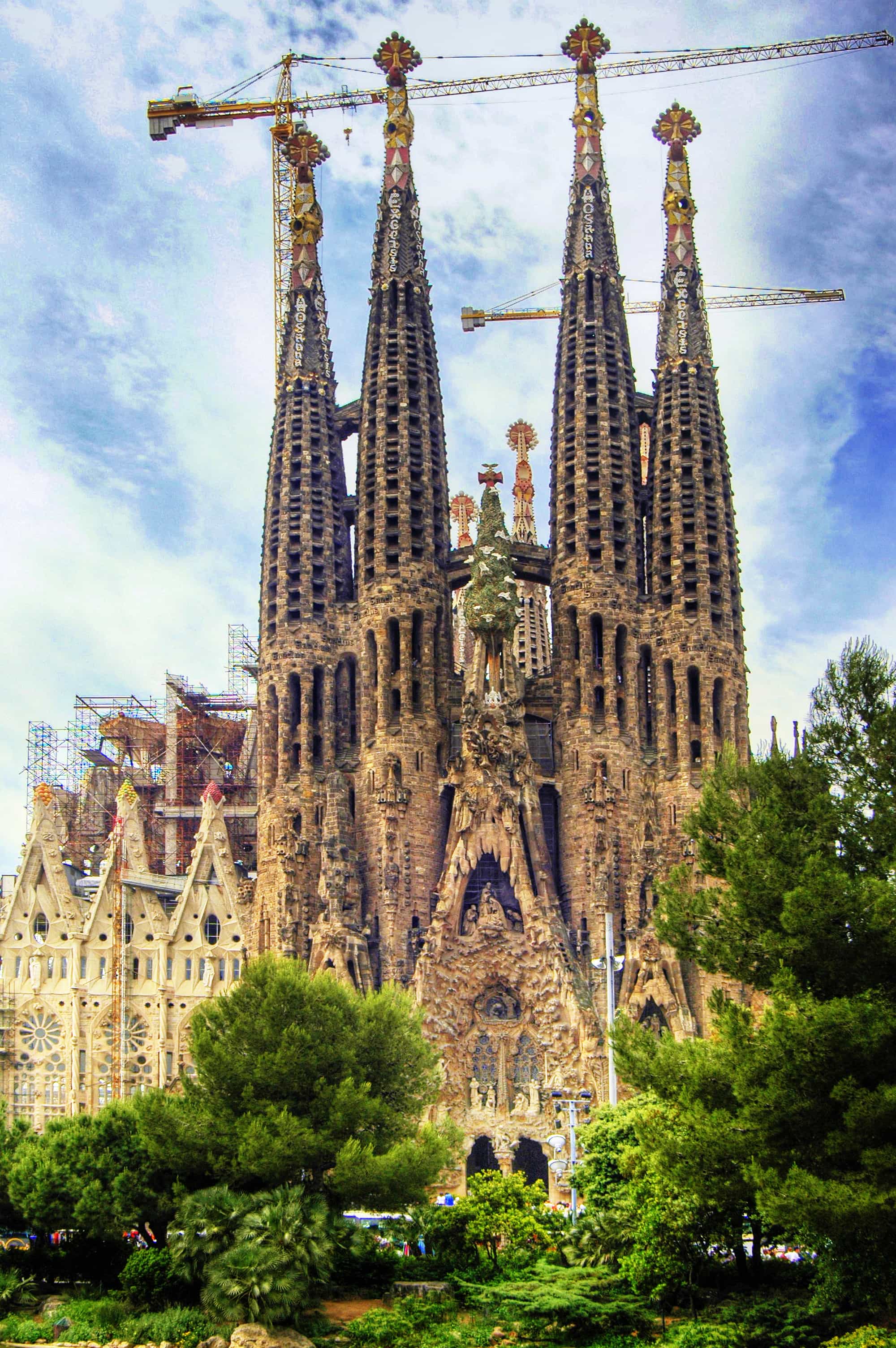 Barcelona, the cosmopolitan capital of Spain’s Catalonia region, is known for its art and architecture. The fantastical Sagrada Família church and other modernist landmarks designed by Antoni Gaudí. Museu Picasso and Fundació Joan Miró feature modern art by their namesakes. Apart from Sagrada Familia there are many things to do in Barcelona a place you can’t miss it in Spain.

How to get to Barcelona? The RENFE train service runs approximately every 30 minutes to and from Barcelona airport to the city center. Travel time approximately 25 minutes. You can catch the train from Clot, Passeig de Gràcia , or Barcelona Sants (otherwise known as Sants Estació)

Click here to get a discount booking online tours in Barcelona with Klook! 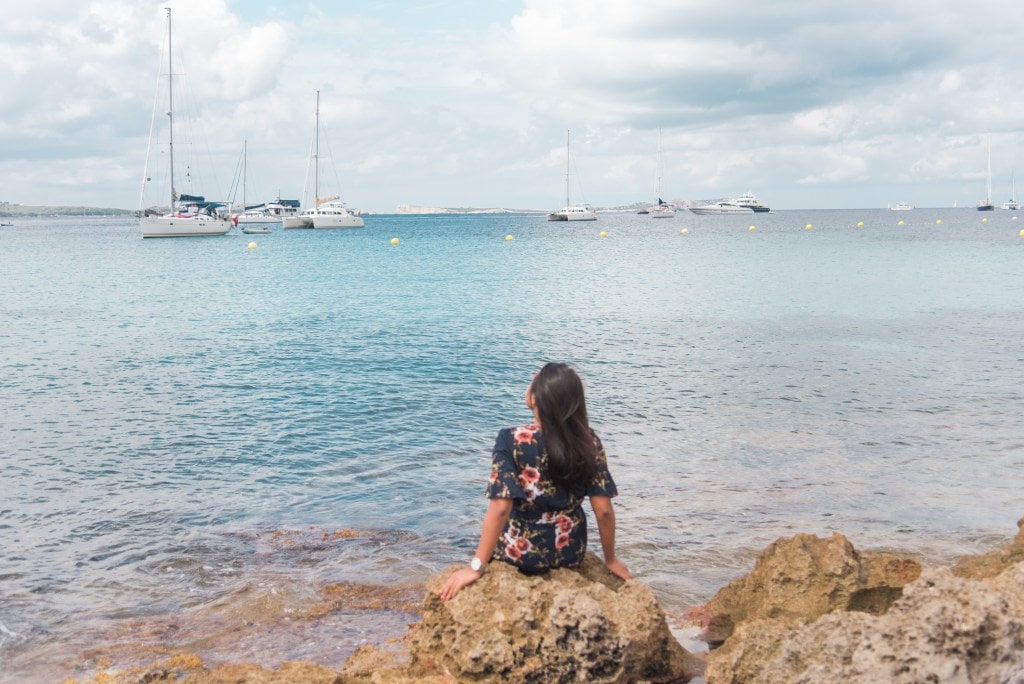 Also located in the resort of San Antonio is Caló des Moro, Ibiza’s Sunset Strip. It is a smaller beach but is just as vibrant as S’arenal. One great thing about this beach is the unlimited dining options it has. Caló des Moro is a great place to sunbathe, watch the sunset and just have a wonderful time. Plus it’s very well located if you are staying in San Antonio area.

Read here our favorite beaches in Ibiza and Ibiza food! 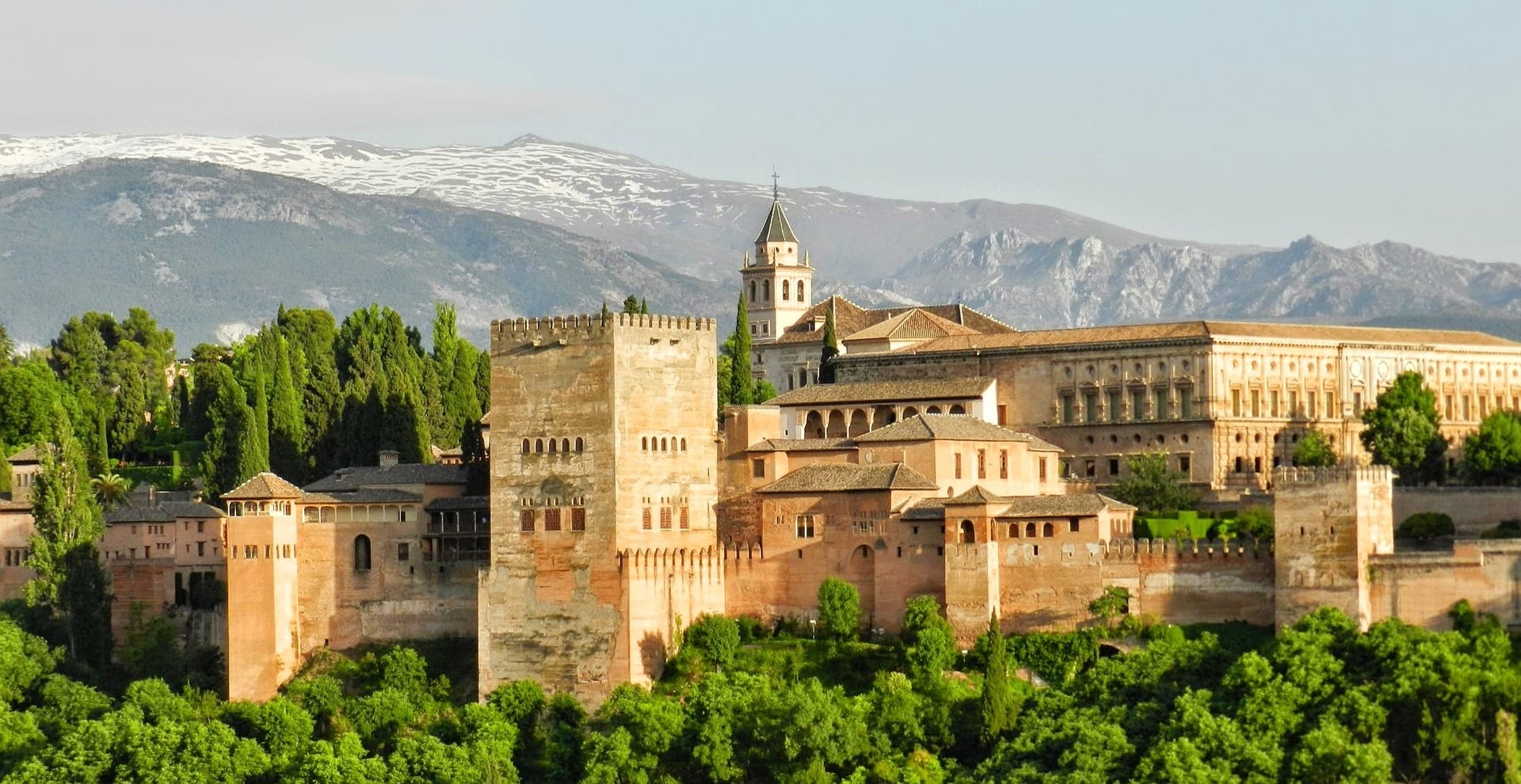 The Alhambra is a palace and fortress complex located in Granada, Andalusia, Spain. It was originally constructed as a small fortress in AD 889 on the remains of Roman fortifications. The decoration within the palaces comes from the last great period of Andalusian art in Granada.

Toledo is an ancient city set on a hill above the plains of Castilla-La Mancha in central Spain. The capital of the region, it’s known for the medieval Arab, Jewish and Christian monuments in its walled old city.

Here’s a travel tip: With 9€, you can purchase the Pulsera Turística (or Tourist Bracelet) that allows access to 6 tourist destinations in the city with no time limit.

How to get to Toledo? It is accessible by public train or bus—as well as rental car and even taxi. The high-speed train from Toledo to Madrid takes about 30 minutes and costs about 10€, so if you are staying near Atocha train station, this is the best way to get to the tourist city. However, there is now a bus service that will pick you up from your hotel and take you straight to Toledo. This is the easiest, cheapest, and probably the quickest way to get to Toledo unless your hotel is right next to the Atocha train station.

Click here to get a discount booking online a day tour to Toledo with Klook!

This particular temple is actually an ancient Egyptian relic and can be found at the heart of Madrid. Admission to Templo de Debod is free, you guys! Take advantage of this opportunity. You won’t regret watching day turn into night in this ancient beauty. At sunset is full of people sitting down around the gardens and checking the views of the sunset and Almudena Cathedral.

How to get to Templo de Debod? If you’re coming from the airport, you can take line 8 from the airport to Nuevos Ministerios, and then change to line 10 and get off at Plaza de España station. From there, it ill just be a few minute walk from the Royal Palace to the temple.

Click here to get a discount online booking tours in Madrid with Klook! 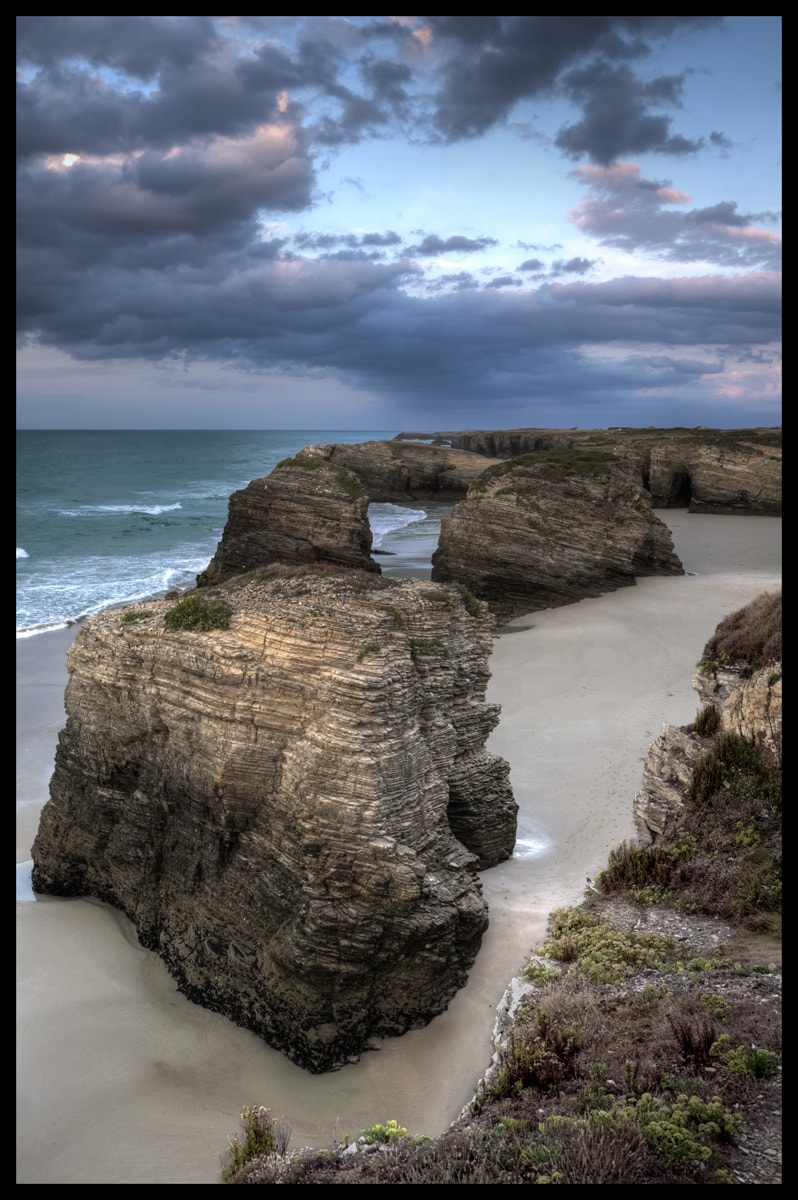 As Catedrais beach translates as ‘Beach of the Cathedrals’. It is the turistic name of Praia de Augas Santas. The Spanish beach is located in the Ribadeo municipality, in the province of Lugo, on the Cantabric coast, and it lies about ten kilometers to the west from the town of Ribadeo.

How to get to Catedrales Beach? The Ferrol-Xixón rail line runs along the coast of the municipality, and stops at Os Castros, Rinlo, and Esteiro. The latter is the closest stop to As Catedrais beach (10 minutes on foot). 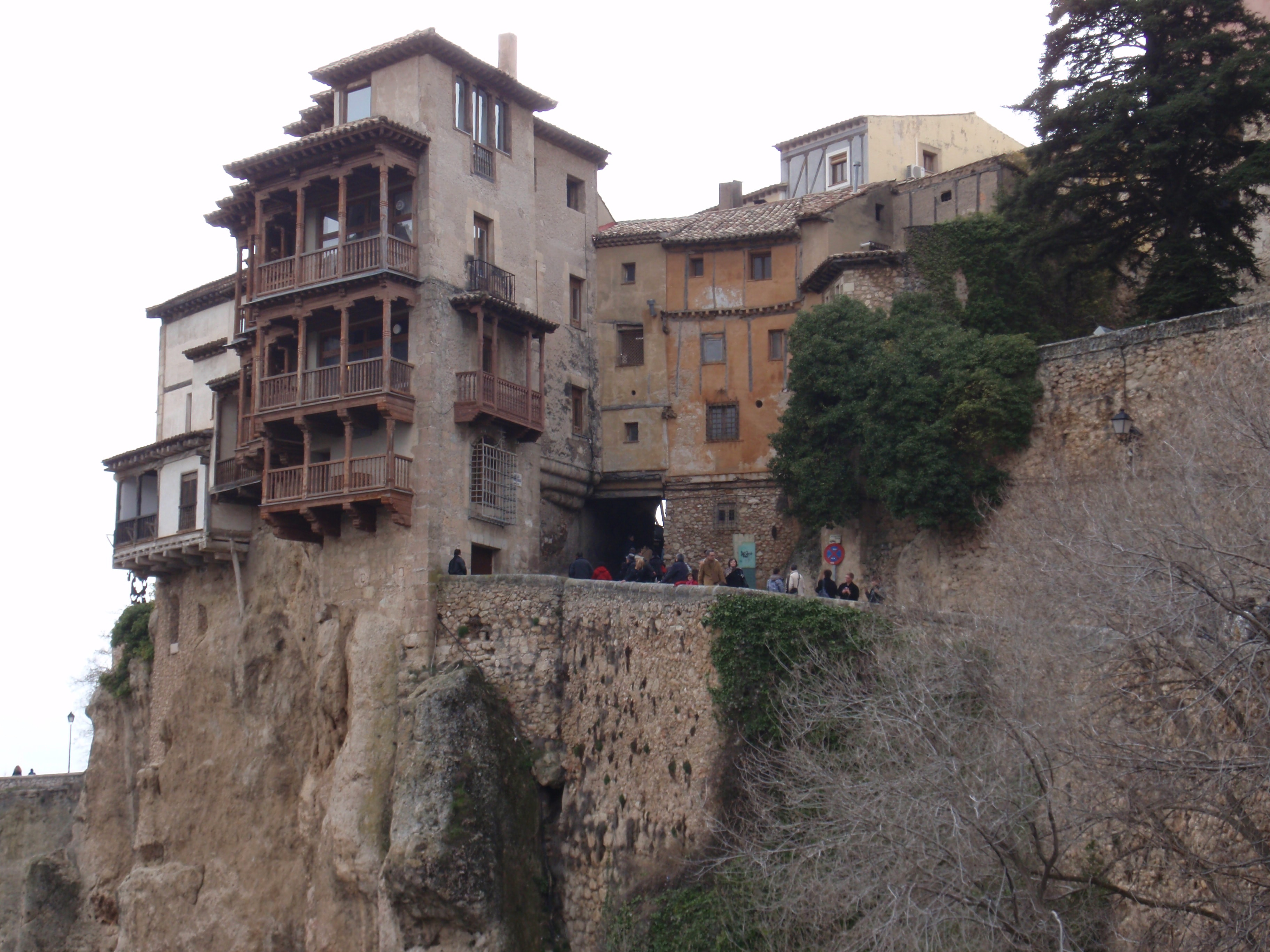 The Casas Colgadas is a complex of houses located in Cuenca, Spain. In the past, houses of this kind were frequent along the eastern border of the ancient city, located near the ravine of the river Huécar. Today, however, there are only a few of them remaining so it is being treasured not just for being a tourist spot but for its significance as well.

How to get to The Hanging House?From the train station in Cuenca, you can take either a taxi at about 12€ or a bus at 1.25€ to the Plaza Mayor in front of the Cathedral in the Old Town. The bus runs every hour and half hour. It takes 30 minutes to get between the train station and the town.

The Canary Islands, a Spanish archipelago off the coast of northwestern Africa, are rugged volcanic isles known for their black- and white-sand beaches. Tenerife, the largest island, is dominated by the sometimes-snowy active volcano Mt. Teide, which has its own astronomical observatory and is part of Teide National Park. It is also where the weather is good for the whole year.

How to get o Canary Islands? All seven Canary islands have airports. Tenerife, Gran Canaria, Lanzarote, Fuerteventura and, increasingly, La Palma absorb nearly all the direct international flights and those from mainland Spain, while the others are principally for inter-island hops.

Click here to get a discount booking online tours in Canary Island with Klook! 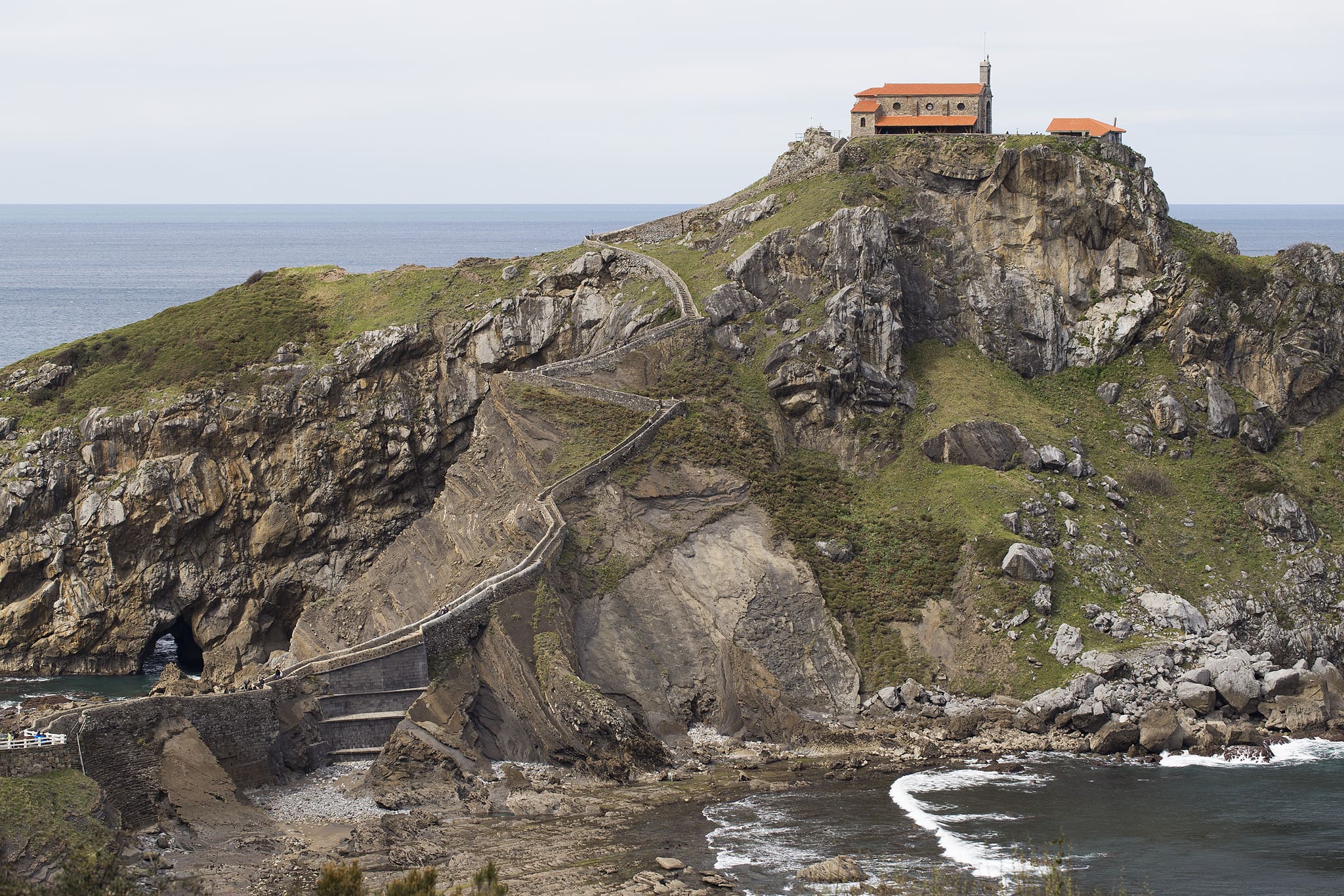 Gaztelugatxe is an islet on the coast of Biscay belonging to the municipality of Bermeo, Basque Country. It is connected to the mainland by a man-made bridge.

On top of the island stands a hermitage (named Gaztelugatxeko Doniene in Basque; San Juan de Gaztelugatxe in Spanish), dedicated to John the Baptist, that dates from the 10th century, although discoveries indicate that the date might be the 9th century.

How to get to San Juan de Gaztelugatxe Vizcaya? From Bilbao, walk to Plaza Moyua Square and wait for the A3518 green Bizkaia bus to Bakio. The buses run every 30 minutes, but the bus ride itself is about 40 to 45 minutes. It costs 6€ for a  round trip and you get off at the last stop.

Looking for accommodation in Spain?

You can look and search for cheap accommodations all over Spain through booking.com!

Also, if you want to book through AirBnb, we can give you a $30 credit on your first booking by clicking here!

We travel not just to feed the wanderlust in us, but also to share our contents and adventures to people who also want to travel. If you love our content, a share of this post would be very much appreciated!