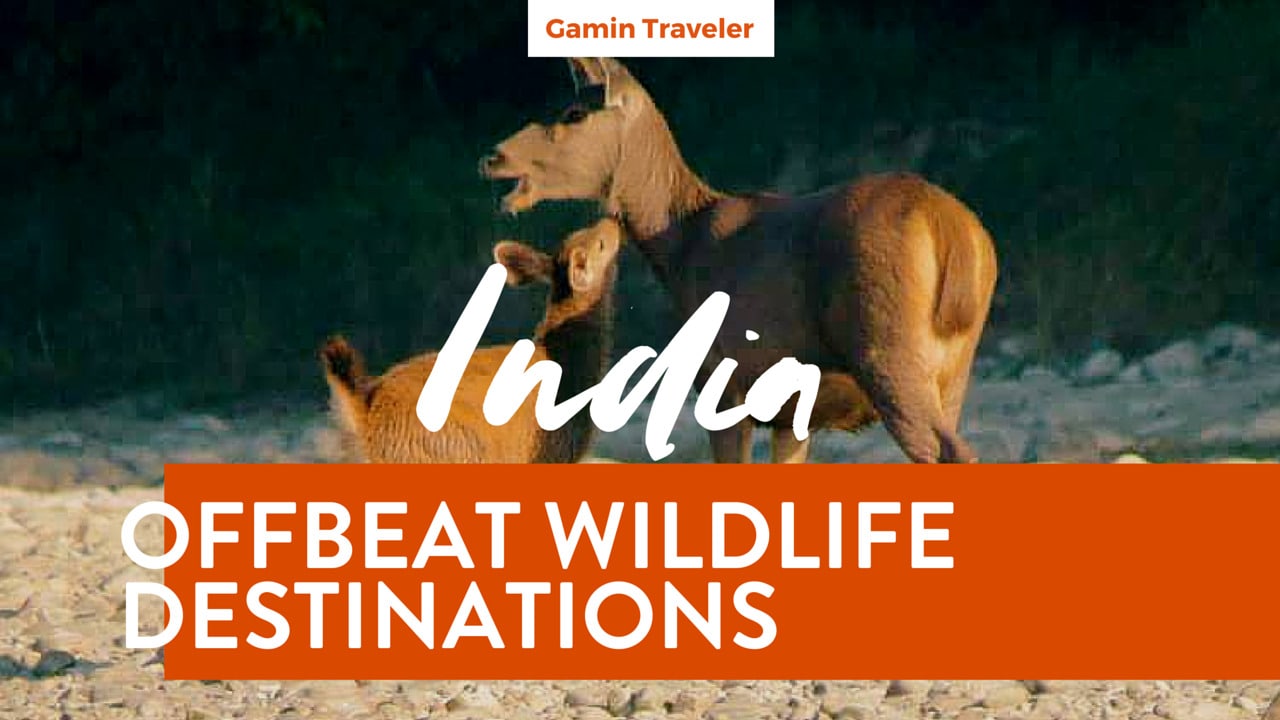 India is a country so rich in culture and national heritage that it still attracts hordes of visitors from across the globe, solely to admire its diversity. Famous monuments, heritage sites and exploring the incredible wildlife has its own appeal. Simply watching the wild animals in their natural habitat, has an added charm which draw tourists and locals alike to the jungles like a magnet. The real beauty, however, lies hidden elsewhere, in some of the lesser known wildlife sanctuaries and parks that can be found spread all over India.

Read here things to do in Mumbai! 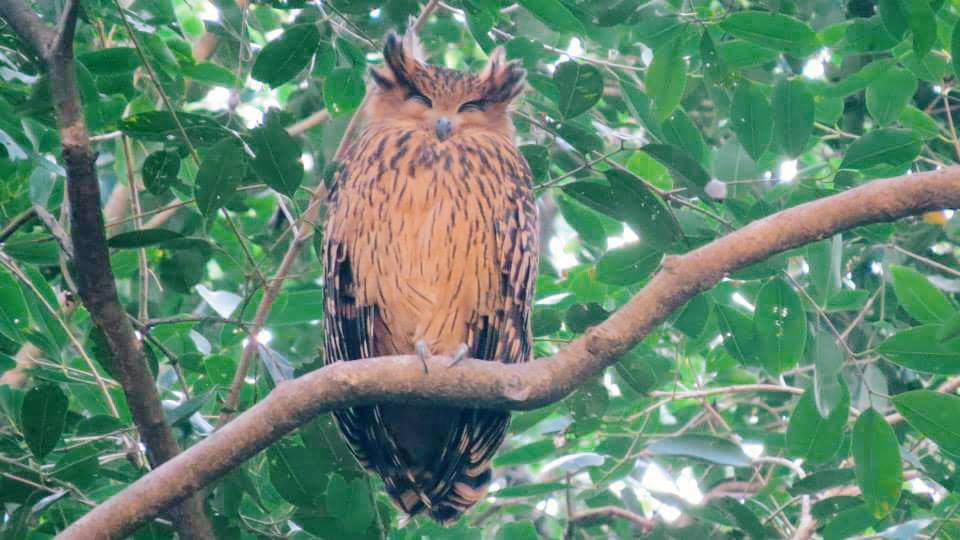 Let us pay a tribute to these eleven offbeat but, equally amazing places, which should be next on your bucket list.

Simbalbara is one of the most attractive national parks, situated in the Paonta valley in Himachal Pradesh. It is situated in an isolated and peaceful location on the lower reaches of the Shivalik range and was a former hunting ground of the Maharaja of Sirmaur. Perennial waterholes, pools and streams are spread across the sanctuary which is home to goral, sambhar, wild boar and leopards. 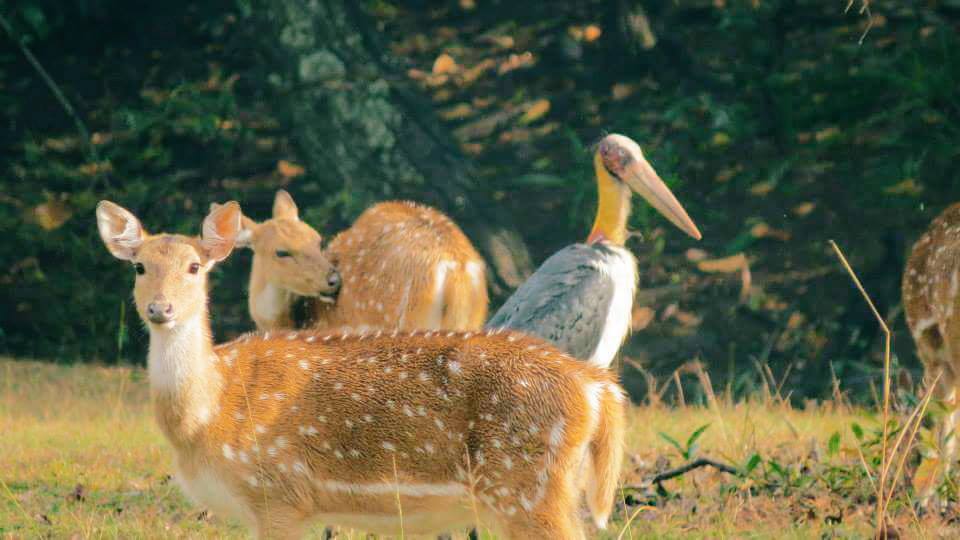 One of India’s larger, but, lesser known bird sanctuary, the Lakh Bahosi sprawls over an area of 80 square kilometres and is situated about 165 kilometres away from Lucknow, the state capital of Uttar Pradesh. Lying on the upper reaches of the Ganges Canal, this sanctuary is a fruit of extreme dedication by a handful of government officials resulting in achieving the status of a wildlife sanctuary in 1988, by turning it from a shooting range of local village men into a holy grail of bird conservation. 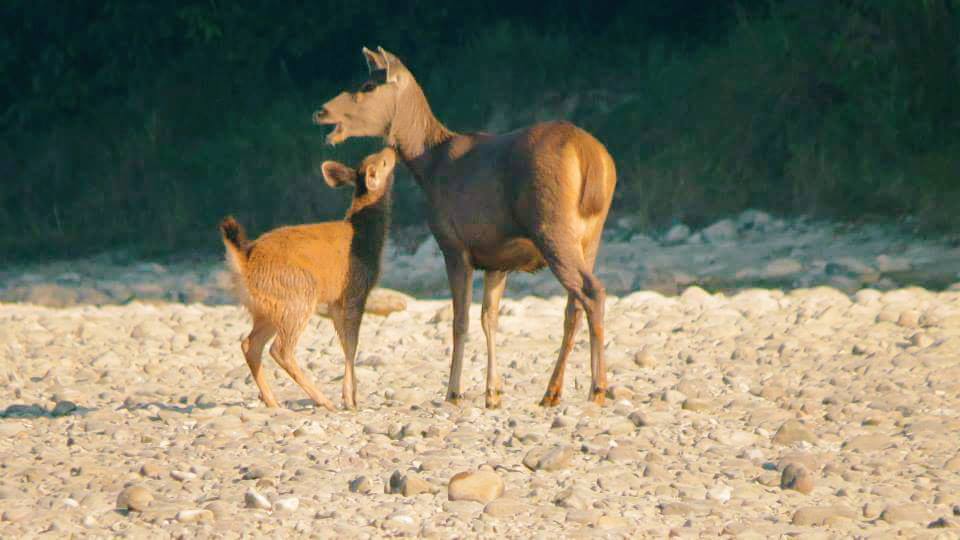 This beautiful tiger reserve was formed in 2007 by the amalgam of the Satkosia and Baisipalli wildlife sanctuaries, situated in the eastern state of Odisha and a part of the Mahanadi elephant reserve. The reserve has an area of 964 square kilometres and with the Mahanadi river as a setting the beauty of this place is further enhanced by the deciduous and peninsular forests. Habitat consists of tigers, leopards, bison, elephants, sloth bears etc and the river gorge home to gharials and muggers. The forest department’s eco tourism initiatives are well established and the surroundings can be explored at leisure.  Angul is the nearest town, well connected to the capital Bhubaneswar by road (148km).

Devastated by the 2004 tsunami, which left the entire place under 4 feet of water, the Point Calimere wildlife sanctuary has bounced back with relatively no harm to its wildlife. The windswept landscape of coastal plains, tidal mudflats and shallow seasonal ponds offer a captivating view of the place. Apart from 14 mammals and 18 reptiles the place is a superb destination for birding. It is the second largest place for congregation of migratory water birds in India, including the very rare and threatened Spot billed pelican. Occupying an area of 21.47km at the southern tip of Nagapattinam district of Tamil Nadu, which is 60 kilometres away. 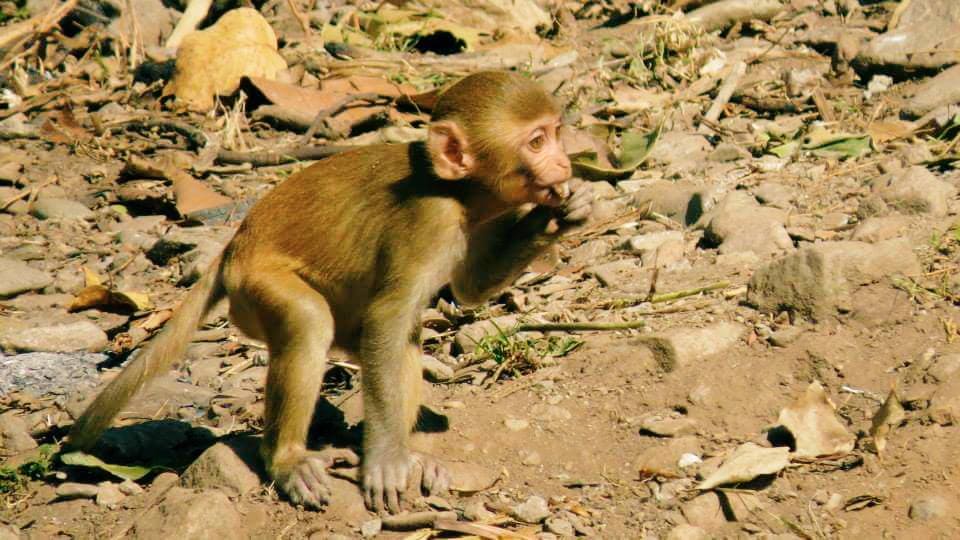 The 523 square kilometre Cauvery wildlife sanctuary draws it’s name from the same river that runs along the majority of the parks boundary from north to east. Home to the Malabar giant squirrel and the elusive tiger and leopards, the park is lush with deciduous, riverine and scrub forest, well fed by the waters of the Cauvery and the abundant south west monsoon. Bird species include the fairy blue bird, yellow throated bulbul and the rare eurasian crag martin. This is also prime mahseer fishing territory. The sanctuary is easily approachable from Bangalore 87 km and Mysore 100 km.

To the west of the state capital Bhopal and within the city limits, lie Bhoj wetlands, which despite the threats it faces from the galloping urbanisation and overwhelming by humans  from all sides, still harbour an enviable 179 bird species and 43 different kinds of fish apart from reptiles and amphibians which all add to the existence of a  vibrant and flourishing eco system in close proximity of a large metropolis. In recent years, more than a 100 pairs of sarus cranes (India’s largest avian species) have known to congregate here. Although man made, the Bhoj ecosystem is in existence for nearly 900 years and is very easily approached with a road going all round it. 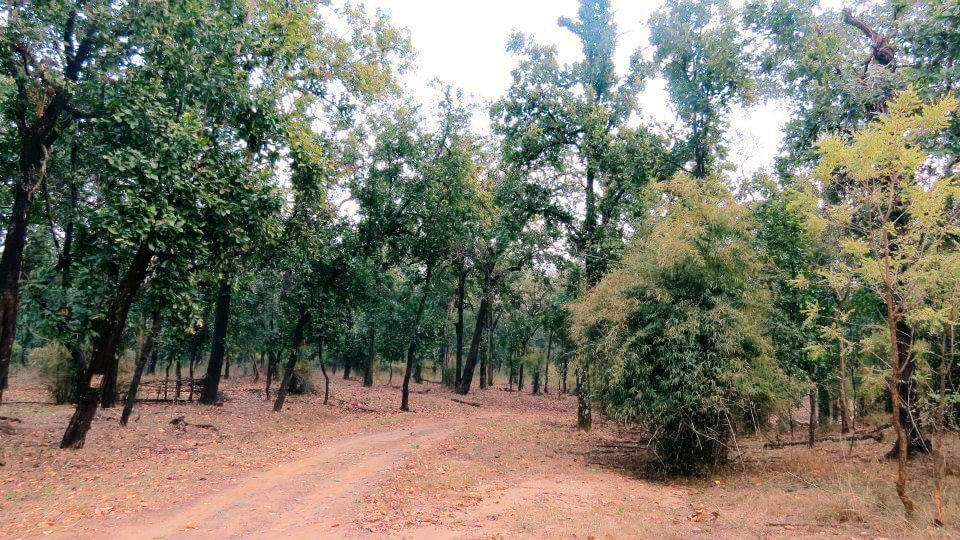 Though Goa went global decades ago as a tourism brand and now with it’s state population bursting to choking point, certain treasures in the interior of the state have still gone unnoticed, with Bhagwan Mahaveer wildlife sanctuary being one of the incredible untouched bonanzas. Just a short 60 km drive away from the famous party beaches of Goa, lies another world among tiny hamlets and over narrow wooden bridges over fast flowing rivers. Soon you are engulfed by the thick forest and lush green meadows that are the foothills of the Western Ghats, a UNESCO World Heritage site which are one of the only 8 hotspots of biological diversity remaining on the planet. The state’s diversity ranges from habitat of beach to rainforest harbouring tigers, crocodiles, dolphins, sea turtles and an astonishing 450 species of birds which comprise of nearly a third of the species found in India. As for reptiles, they are prolific here with over 30 kinds regularly spotted including the world’s longest venomous snake the fearsome King Cobra. 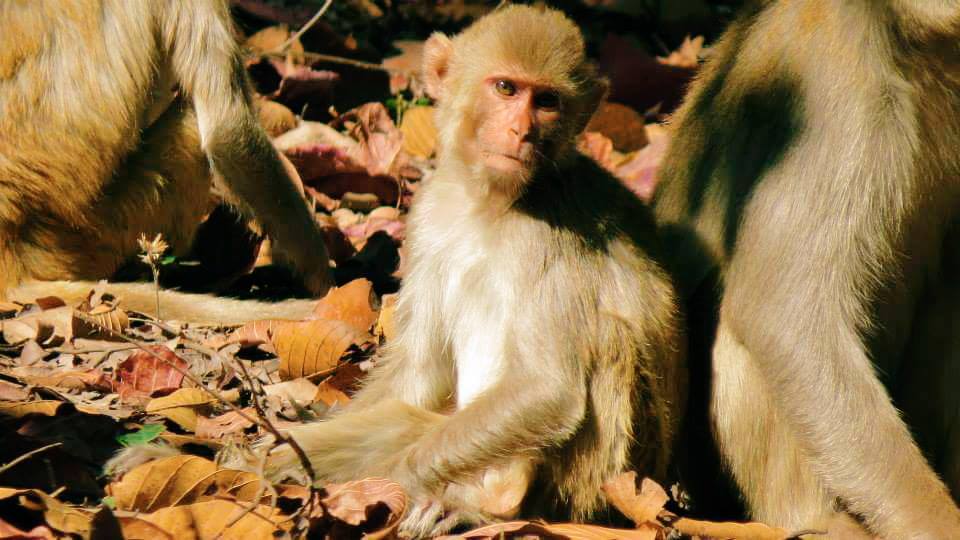 Conveniently situated just 17km from the south Indian town of Hampi, the Daroji Bear Sanctuary is not only home to a hundred plus sloth bears but other animals like leopard, hyena, jackal as well. The sanctuary has hundreds of caves which make an ideal home for these animals. They can be spotted wandering in the deep gorge, from the watch tower erected on top of a hill just for just this reason. The bears are fed everyday at 2pm in the afternoon, which is probably the best time to see them, for a closer look. The park is easily approachable by a good road and has plenty of options for overnight stay, including forest rest houses as well as private hotels. 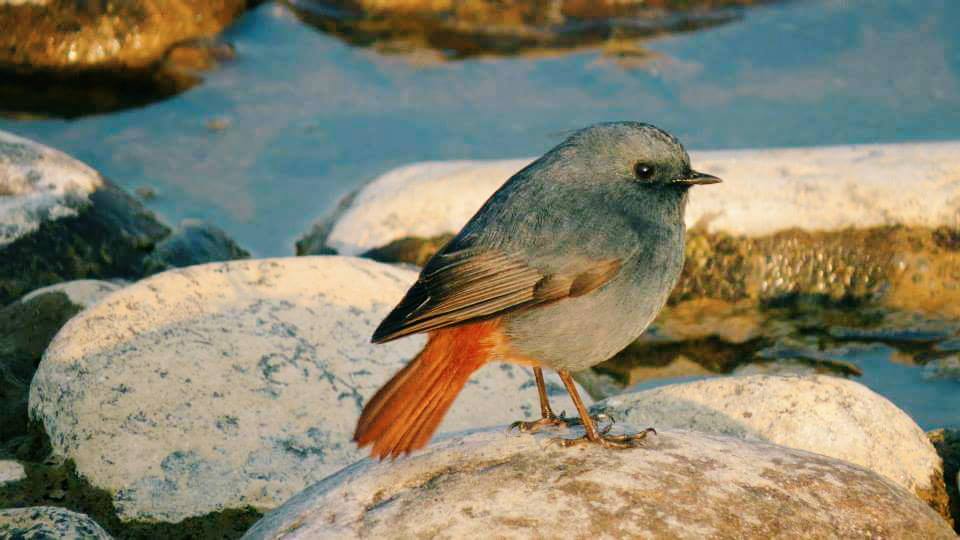 Located in the foothills of the Western Himalayas, in the hill state of Uttarakhand, the Valley of Flowers, as the name suggests, converts into a large magical garden with thousands of flowers in full bloom at the advent of the spring season. Snowbound for a major portion of the year, this park is a great attraction for those who can make the long trek to reach this awesome area. Apart from the splendid bird life found here, the park is home to the elusive Snow leopard, Clouded Leopard, Himalayan Brown bear and Asian black bear amongst others, all highly endangered but still seen in some areas of the park.

This beautiful park, fed by three great rivers, Periyar, Cauvery and Chalkudiyar, is characterised by high altitude grassy meadows and tropical forests of the Western Ghats. Due to the terrain, waterfalls abound here and so do the animals. Species found here include, Tiger, Leopard, Dhole(Indian wild dog), Nilgiri Thar, Stripe necked mongoose and golden jackal. The park is situated in the state of Kerala, which is well connected to the rest of India by rail, road and air. 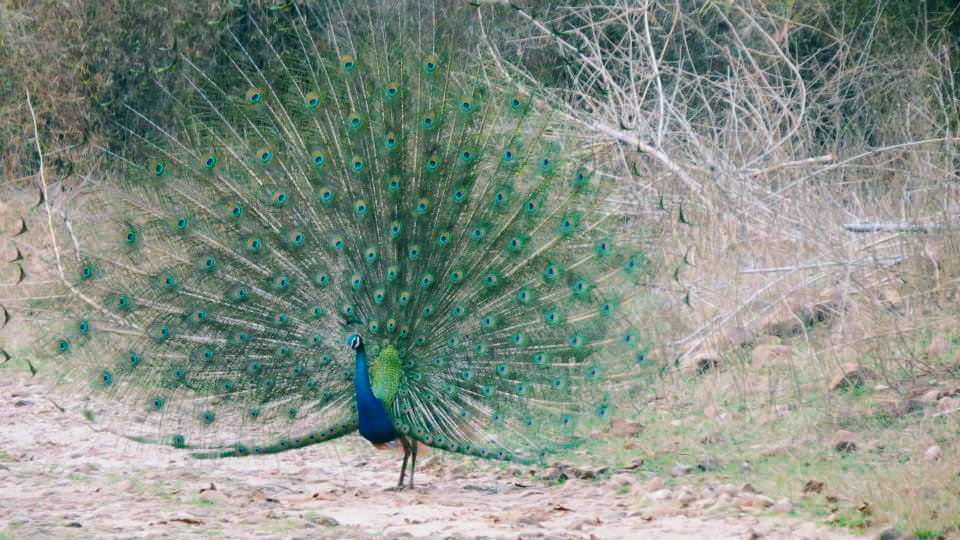 Established way back in 1979, the Chambal wildlife sanctuary is spread over a huge area of 5,600 square kilometres, with the mighty Chambal river serving as it’s lifeline. The sanctuary houses some of the most endangered species of animals and marine life in one place. The gharial and the gangetic dolphin are the two most easily spotted species here. The Indian wolf and the Indian flying fox are the other attractions of this place. Chambal is one of the few habitats for the rare Indian Skimmer, a bird which nests along the shores of the river. Easily accessible by road from the famous city of Agra, Chambal wildlife sanctuary can be reached after a 3 hour drive. The forest department has good boats to enable the visitor to comfortably see the place. There are no options to stay inside the sanctuary due to the riverine terrain, but comfortable private accommodation is available an hour away from the sanctuary.  Consider booking a reliable and adventurous Rajasthan wildlife tour package to get more detailed info about the most appropriate time and place to visit in Rajasthan.

If you are headed to India, you definitely need to check these offbeat wildlife destinations. All these awesome holiday destinations need to be added to your bucket list. Already did for us!

Did you enjoy this post? Let us know in the comments if you love visiting wildlife sanctuaries and offbeat wildlife destinations. If you have visited some amazing places before, share to us in the comments! We can’t have enough beautiful destinations to see!

Hope you’re enjoying, wherever you are in the world now dear friend. Til our next travel post! x 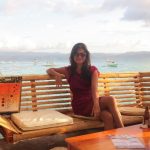 Jyotsna Ramani is a passionate globetrotter who loves to let her hair down and maximize her trips. How does she do that ? By traveling on a budget and exploring new places. She travels far and wide (Well, Europe counts, right ?) and then comes back to her blog to share her experiences. Pretty nifty, eh? So, don't you want to uncover some secret drinking holes and see awesome new places through her eyes? Follow Jyotsna´s adventures in her blog. Feel free to follow Jyotsna in her social media on Facebook, Twitter, Instagram and Pinterest.

Trek to Triund: How to Plan, Where To Sleep - Gamintraveler

[…] If you want to do more adventures in India: you can read our article visiting Living Root Bridges or read the Offbeat Wildlife Destinations in India. […]

Hi, I only went to one wildlife reserve when I was in India: Periyar Wildlife Sanctuary in Kerala. I loved being surrounded by different kinds of monkeys, hearing the animals around me as I slept at night, and going on a guided walk (and seeing elephants in the wild!). It was seriously awesome. :)

Thanks for this list - I really can't wait to return to India and check some of these out!

Thanks Tazim, we are glad that you enjoy the post! I can´t wait to go back India. Hopefully soon :)

Thanks Hruday! We are glad that you liked it :)

Hi, our best wildlife experience in India was at Sariska Tiger Reserve in Rajasthan. Saw lots of deer, monkeys and birds but best of all our driver and ranger were able to get us within about ten metres of a beautiful tiger resting by a pond. Unforgettable! Cheers, Mark

Thanks for sharing your experience Mark :) It looks amazing!

This place is special, so unique – Vocabulary in Chunks

[…] India is a country so rich in culture and national heritage that it still attracts hordes of visitors from across the globe, solely to admire its diversity. Famous monuments, heritage sites and exploring the incredible wildlife has its own appeal. Simply watching the wild animals in their natural habitat, has an added charm which draw tourists and locals alike to the jungles like a magnet. The real beauty, however, lies hidden elsewhere, in some of the lesser known wildlife sanctuaries and parks that can be found spread all over India.      READ MORE @ Gamin Traveler […]