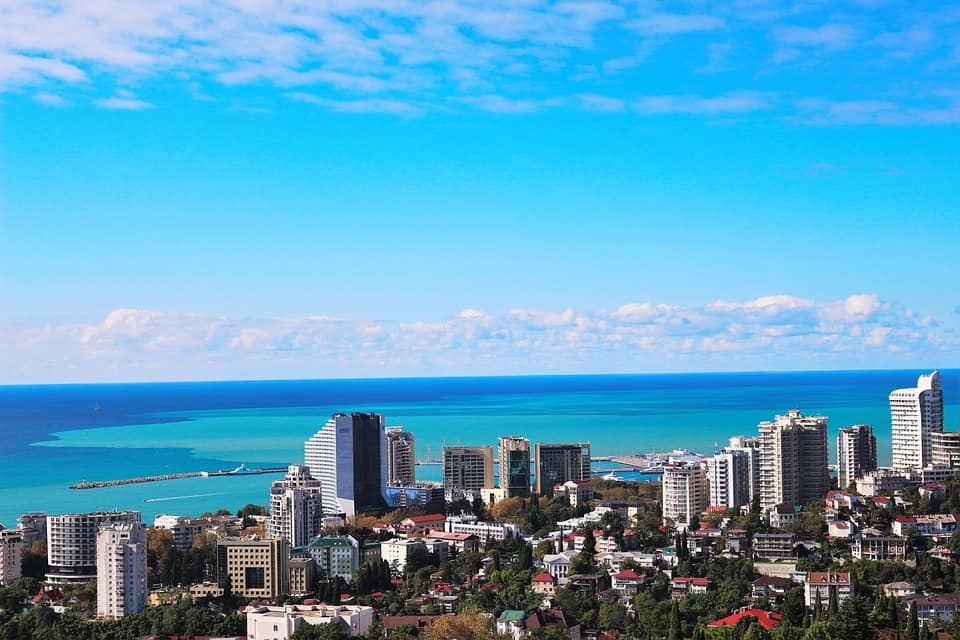 For Russians and many people from Central Asia, the Black Sea resort of Sochi is their favorite destination. This city, which was made famous when it hosted the 2014 Winter Olympics, offers many great attractions for tourists year-round. While people flock there to relax on the beach in the summer, they head into the mountains for skiing in the winter.

If you’re in Russia, a trip to Sochi is worth the extra travelling. Here are some of the things you’ll find there.

Of course, it wouldn’t be a beach resort without somewhere to take a dip in the sea. For generations, Sochi’s beach has been drawing Russians to the city with its clear waters and miles of coastline.

Locals walk up and down the promenade and the beach itself selling traditional Russian seaside snacks. These are hot corn on the cob that’s dipped in salt and tube-shaped pastries filled with condensed milk that are called “trubochka”.

The main downsides to the beach at Sochi are that large parts are closed to the public, reserved only for the customers of beachfront resorts, and much of it is lined with stones and pebbles rather than sand. However, this doesn’t discourage the thousands of people who head there each day during the summer.

Although the competitors have all gone home, the $50 billion Olympic Park remains. Inside, there are several large sporting venues including the Iceberg Skating Palace that’s open to the public. The Olympic Park still hosts the Formula 1 Russian Grand Prix every year too, running on the roads inside the park.

There’s also a water feature known as the Singing Fountains. Combining dancing water jets, lights and music, to create an hour-long show that draws in locals and tourists alike.

Acting as another example of Sochi’s sporting pedigree, Casino Sochi is home to the Russian round of the European Poker Tour. It’s designed to replicate many of the features of Las Vegas-style casino resorts, with its boutique shopping, exquisite restaurants and bars, and a hotel.

With room for 2,000 guests, the casino floor is packed with all 442 modern slot machines, 70 gaming tables and a dedicated poker room. If you already play popular casino games like blackjack online, then you’ll be familiar with all of the options available in Casino Sochi. 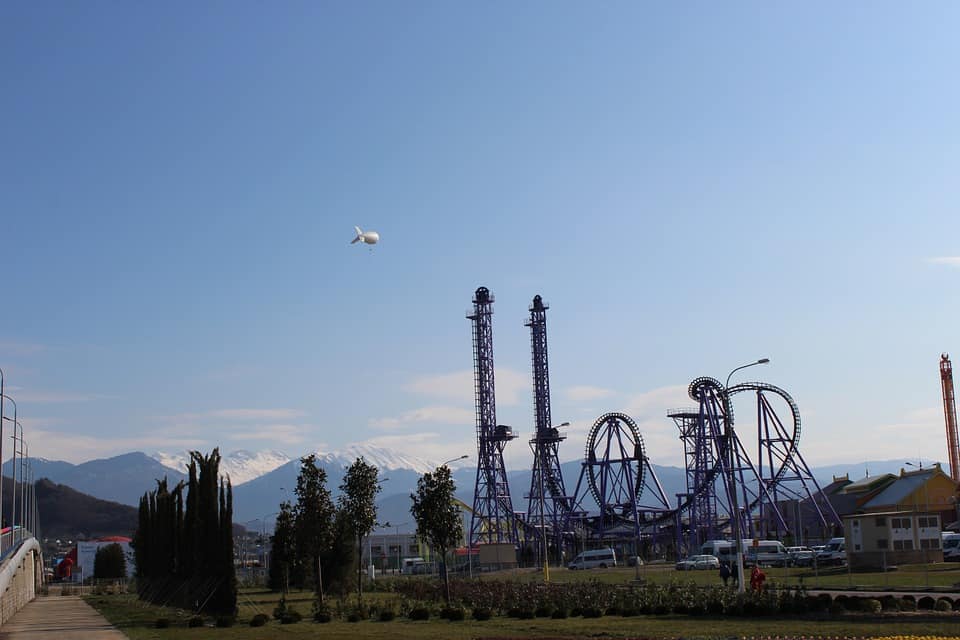 Sochi Park is a theme park located at one end of the promenade which opened in 2014. While it’s not quite on par with some of Disney’s properties, Sochi Park offers up a wide selection of attractions, including several “extreme” white knuckle rides.

It has four steel roller coasters, which have all been operating since the park opened. Drifter is a small coaster that creates the feeling of being in a sliding car, a concept not seen in many other parks. There’s also Sharloet, a wild mouse coaster created by Mack Rides; Serpent Dragon, an LSM Launch coaster with four inversions that was also designed by Mack Rides; and Quantum Leap, a Giant Inverted Boomerang coaster built by Vekoma.

It is a true theme park, with several separately themed areas each telling a different traditional Russian fairytale. As well as scenery and ride-theming, you’ll see different characters from these stories walking around and interacting with guests.

Sovarium is a must for animal and bird lovers. It has more than 30 different species of owl, displayed in a unique interactive exhibition. It’s cheap to get in, with a ticket costing just 350 rubles ($5) and it’s conveniently located near the Galaxy Shopping and Entertainment Center.

If you’re brave enough, you can pose for photos with the birds, who will land on your (gloved) hand and pose with you. You’ll also have an opportunity to learn about each species from the passionate and knowledgeable staff.