Tibet is one of the most remarkable destinations in the world, and for many travelers, a tour of China and Tibet with the world’s highest Tibet train takes them well out of their comfort zone. However, for a true explorer, this is the ideal thrill of a lifetime.

Lying at the Roof of the World, Tibet is a unique destination in many ways. Ringed to the west and south by the massive ranges of the Himalayas, and with the many ranges of the Transhimalaya crisscrossing the plateau itself, there is no mountain destination in the world that can compare to this distinct plateau landscape. You can find a Tibet Tour that can adapt to your needs and itinerary.

If you are looking for a Tibet Tour that will make things easy your ultimate holiday destination, where everything you see is new and unique. Then there is no better place to travel than to Tibet. While this high plateau land is unique in itself, every region and area within the plateau is hugely different than the one before, with landscapes and climates changing as you travel from Chamdo and Nyingchi in the east to Shigatse and Ngari in the west and Nagqu in the north.

The low-lying areas of Nyingchi are renowned as being one of the most beautiful alpine areas in the world. In the far north, Nagqu Prefecture is mostly covered by the immense Changtang Grasslands, one of the lushest and largest prairies in China, which stretches all the way across the northern plateau. 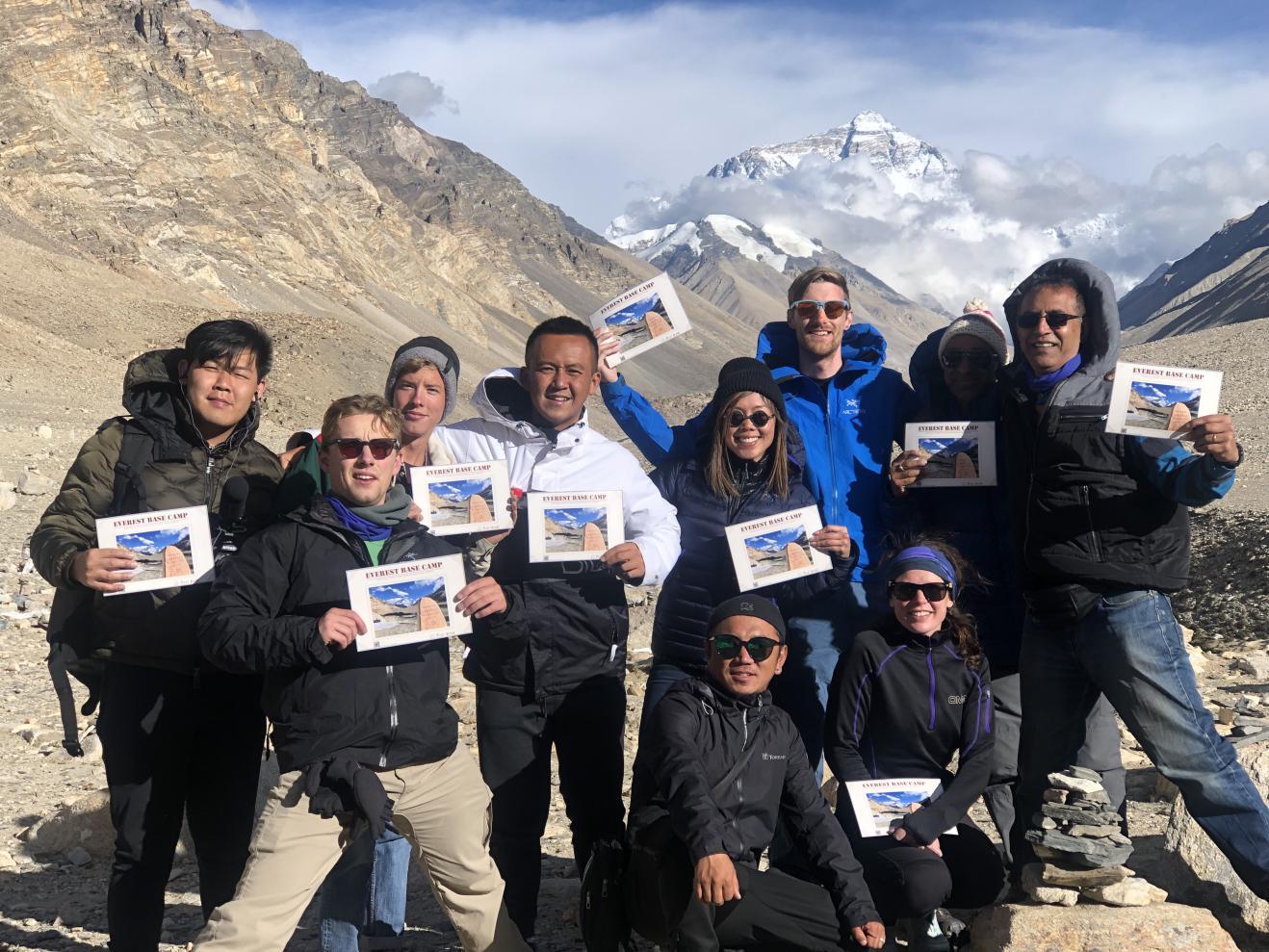 Mount Everest is the ultimate in tourist destinations around the world, and the best place to view the mountain is from the base camp at the foot of the northern slopes of the World’s Highest Mountain. Located in Tingri County of Shigatse, Everest Base Camp (EBC) sits at an altitude of 5,200 meters, and gives you the best view of the mountain’s high summit of anywhere in both Nepal and Tibet. And unlike the Nepal base camp, you can drive all the way to EBC in Tibet from Lhasa. 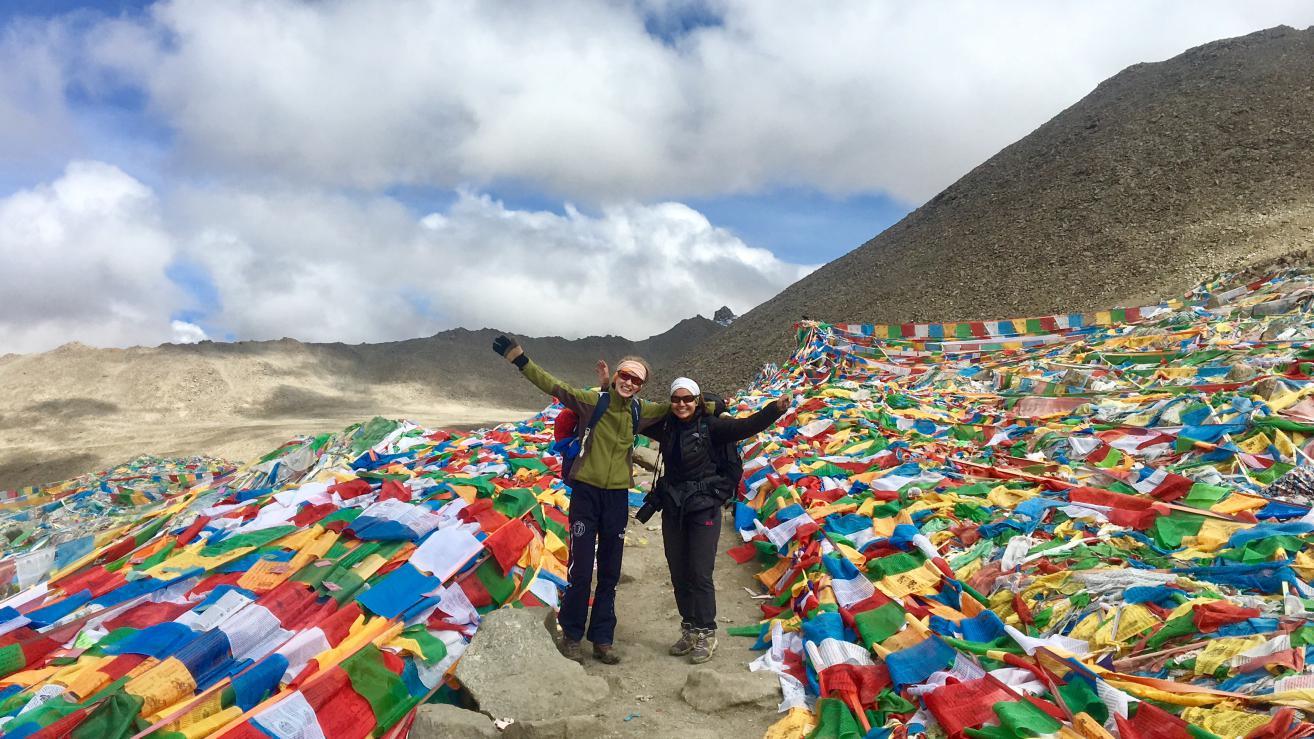 Tibet also has some of the best high-altitude treks in the world, and for those that love trekking, there is no better hike on the plateau than tackling the arduous Kailash Kora trek. A three-day trek around Mount Kailash, the most sacred mountain in the world, is more than just a hiking trail. The whole experience is as spiritually fulfilling as it is physically rewarding.

The trekking route follows the pilgrimage trail around the mountain, and this is the only place in the world you can trek in the mountains accompanied by devout Buddhist and Hindu pilgrims, prostrating along the trail every few feet. 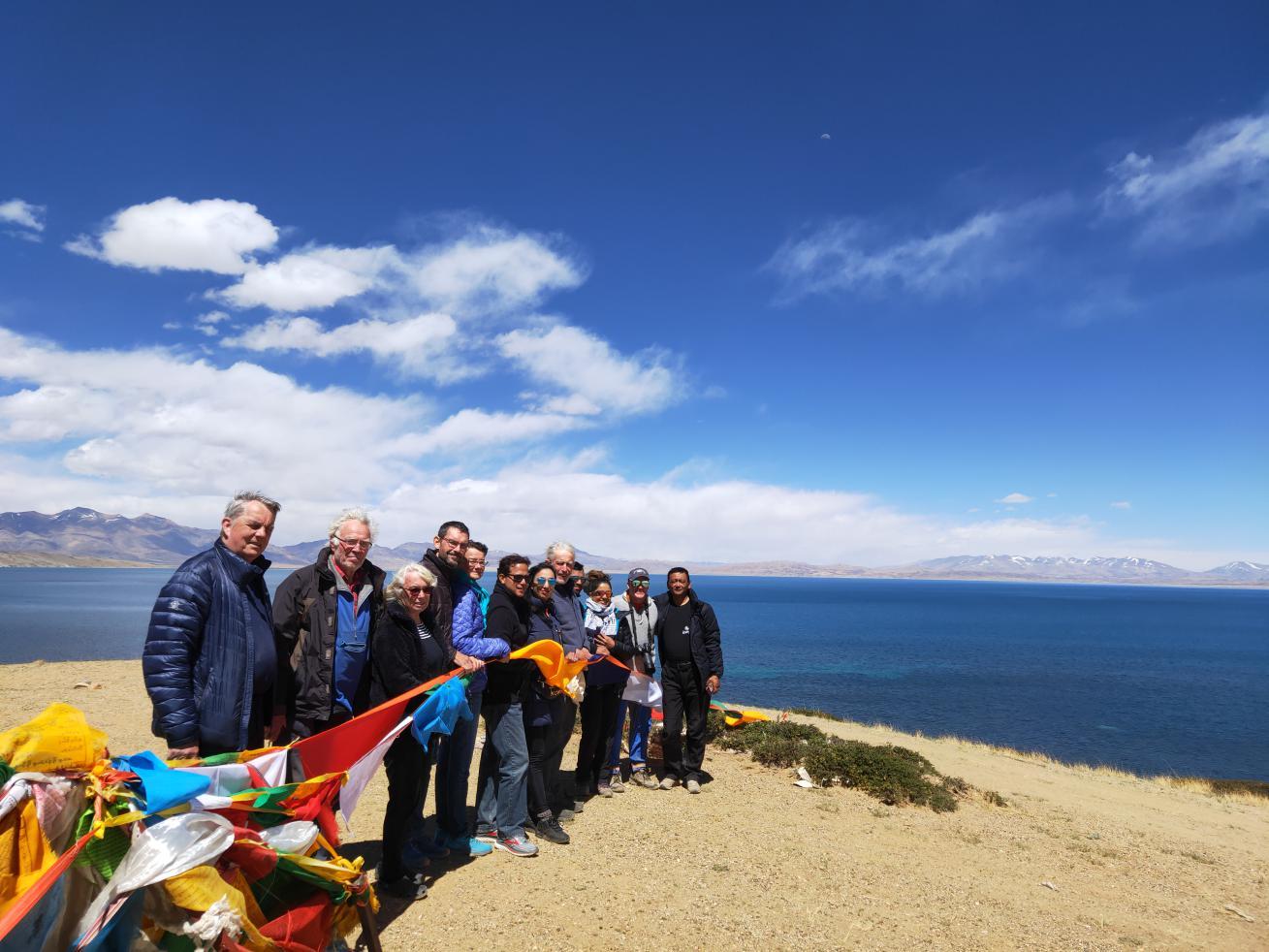 Every mountain and lake in Tibet is holy, but for the ultimate in sacred lake destinations, the Great Three Sacred Lakes of Tibet – Lake Manasarovar, Lake Yamdrok, and Lake Namtso – are amazing places to visit. Three huge lakes on the world’s highest plateau, with altitudes all above 4,000 meters, these stunning lakes are among the most beautiful in the world. Surrounded by spectacular mountain scenery, they are definitely a must-see for any Tibet tour.

A Wealth of History

In the south, Shannan Prefecture, also known as Lhoka, is the cradle of Tibetan civilization, and the origins of the modern Tibetan people. The Tibetan Empire of the 7th to 10th centuries originated here in the beautiful Tsedang region of Lhoka, along the banks of the Yarlung Tsangpo River. From here, the kings of U-Tsang spread out across the entire plateau, building a kingdom that stretched from Ladakh in the west to Sichuan in the east, and as far north as Qinghai Province. 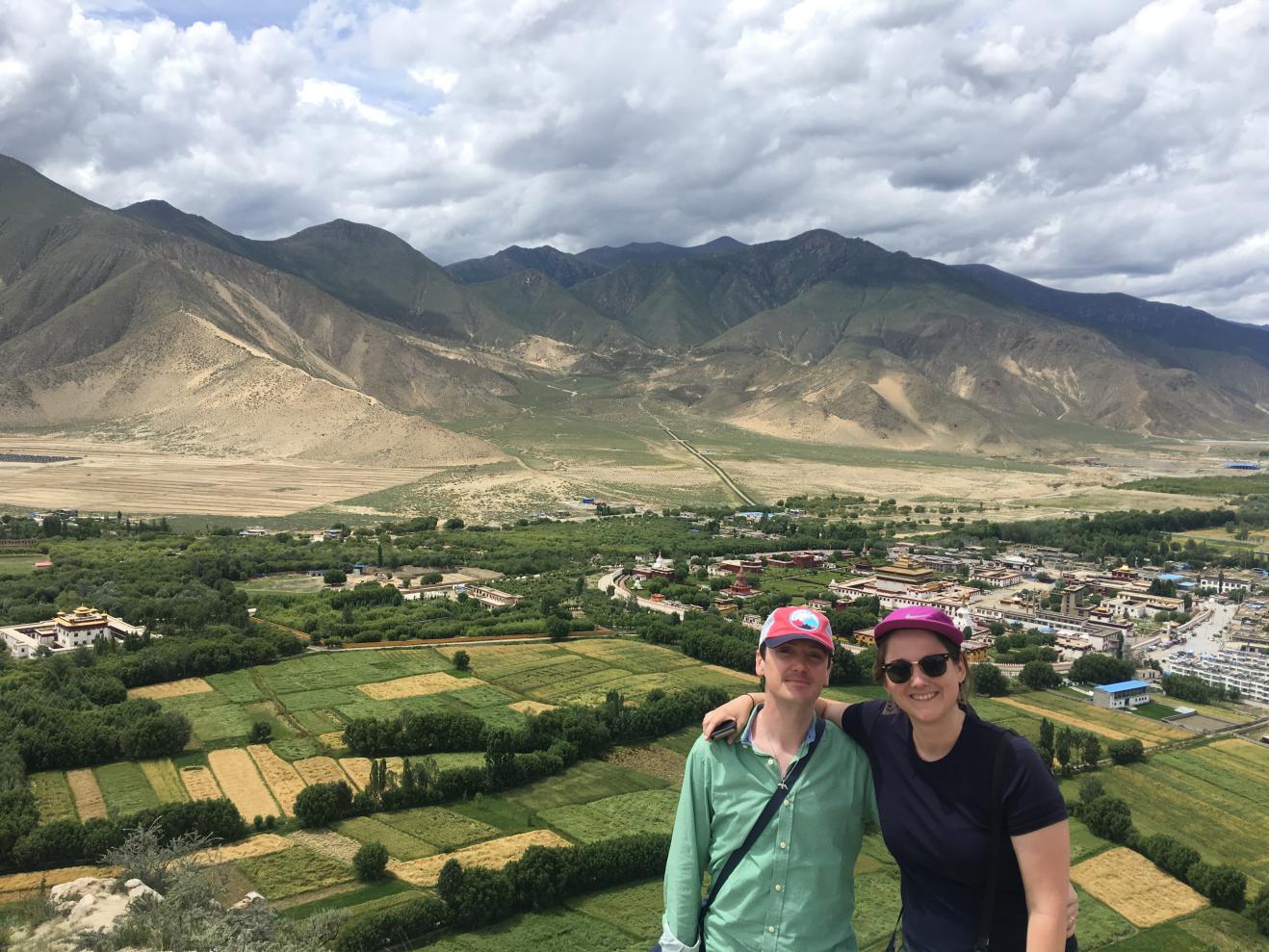 Tibet is a devoutly Buddhist land, and the rise of Buddhism from the 10th and 11th centuries has seen the construction of thousands of monasteries across the plateau. Many are located in remote areas of Tibet, far from civilization and often on the sides and tops of mountains that can be hard to get to. For more than 1,000 years, many of these monasteries have stood the test of time and the harsh climate of the plateau, and still stand today as a monument to the ancient Tibetan architecture.

Tibetan culture has evolved over thousands of years and has been crafted and sculpted by many different influences over the millennia. Partly influenced by the unique natural landscapes of the plateau, as well as the lifestyle of Buddhism and the influence of its neighboring regions, including China, India, and Nepal, Tibetan culture is unique in many ways.

Not the least of which is the unique way that Tibetan Buddhism is finely interwoven into the very fabric of Tibetan society. For any Tibetan, their actions are a direct result of their beliefs, and it is rare to find Tibetans that are mean and cruel, as Buddhism teaches patience, kindness, and compassion for all beings, large or small. 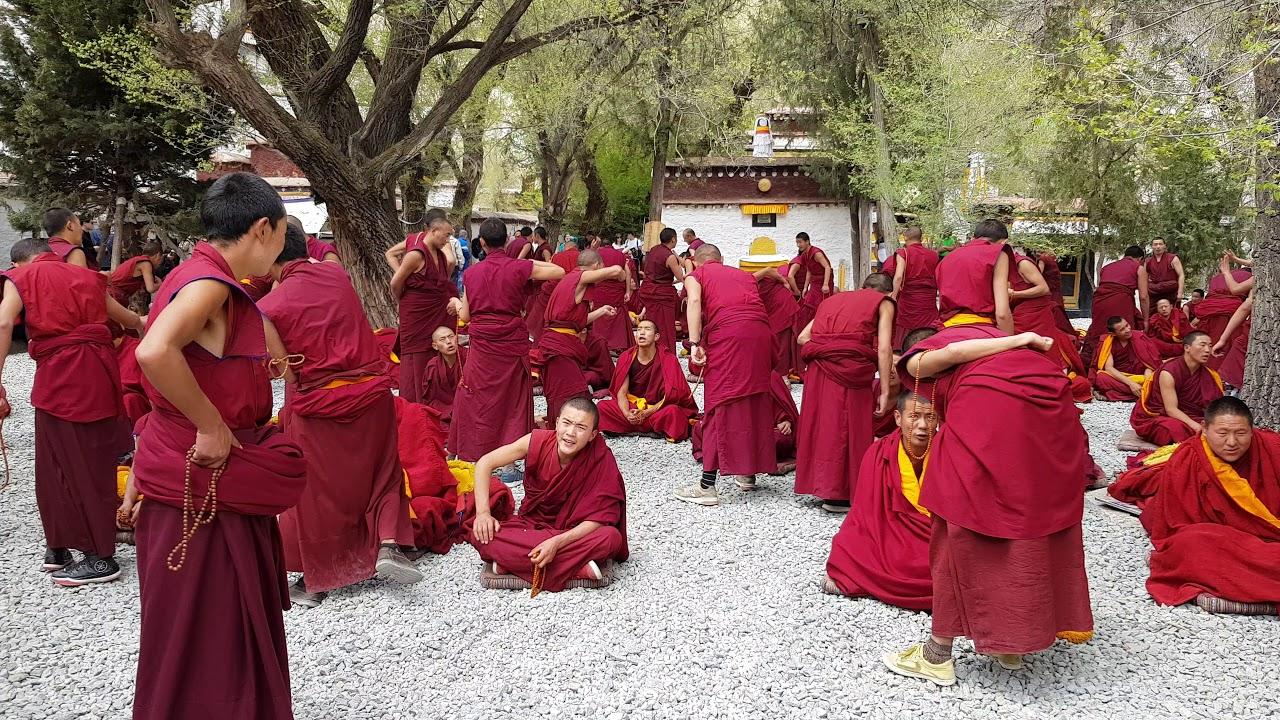 There really is no place in the world that is anything like Tibet, and the people are as unique as the landscape, the religion, and the weather. So if you are looking for that unique travel destination, Tibet is the place you need to be.

Tibet is beautiful..... Mountains have a charm of their own.... they are mystical.... very well covered Ruben

Thanks Sudhir! Glad to hear that you liked it :)