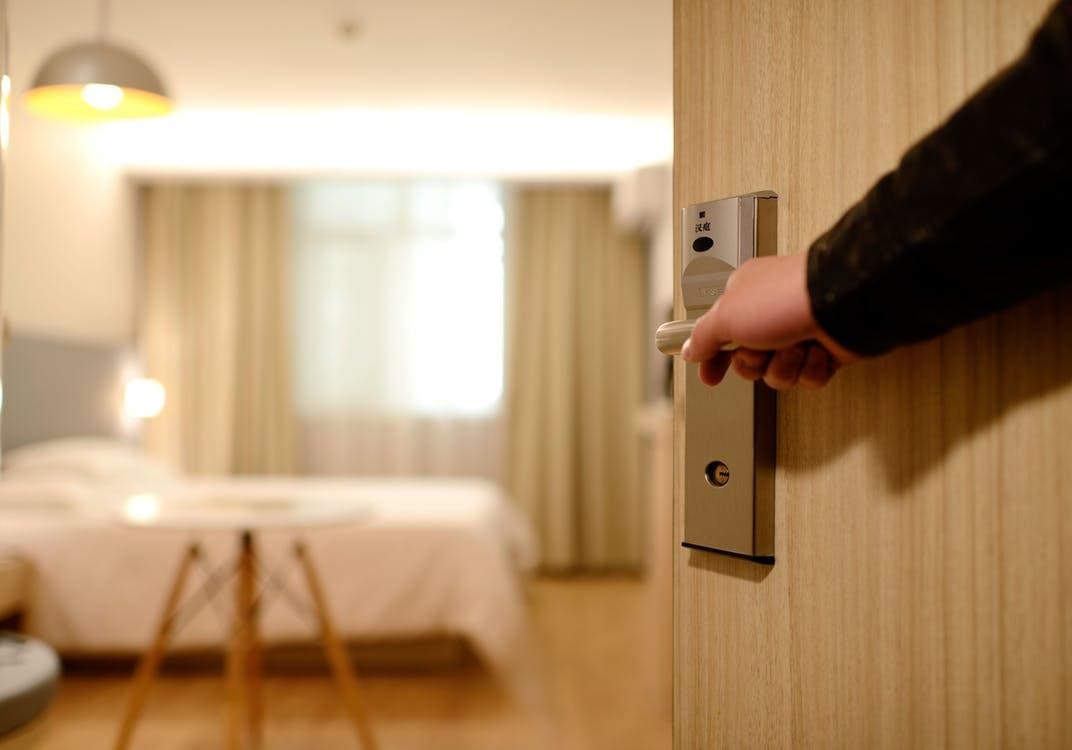 Budget hotels, hostels and the emergence of Air BnB have all played their part in opening up the world of travel to anyone and everyone. They have also played their part though in saturating the market and flooding it with carbon copy replicas.

Basic hotels are a dime a dozen and if you want to find one right now you can in under a second using a Google search. If you’re looking for a hotel with a difference – one that will stand out from the crowd – that’s when things get trickier.

Fortunately in recent years quirky themed hotels or those offering something a bit different have become increasingly popular. Punters are booking for an experience in return for their hard earned cash and these are the hotels that offer exactly that…

This renowned countryside hotel in upstate New York has four separate hotels to cover every taste and individual budget. On-site there are two award-winning luxury spas as well as five golf courses and twenty different restaurants.

A basic room for two people comes in at $130 whereas the luxury suite with a king size bed will set you back just short of 500 dollars. The biggest draw to this hotel aside from its luxurious setting is the 125,000 square foot attached casino.

It has been designed to replicate the feeling of Las Vegas’ greatest casinos and boy, does it manage that! Some of the biggest names in poker regularly travel here to take part in the casino’s high-profile poker tournaments. Be warned, if you want to take those guys on, you’ll need some luck with the cards and getting a full-house might be your only chance!

Two lifelong friends from Canada were so taken with Panama that they decided to move there and open up this jungle hostel. Getting there is no mean feat, you’ll have to take Highway 10, the road that connects transport hub David to the idyllic Bocas Del Toro islands.

Your bus or taxi will drop you off at the side of the road next to the world’s tiniest fruit and vegetable stall. Here you can stock up on bananas for energy as you’ll have to hike 20 minutes from the road to your accommodation.

Once at the Lost & Found hostel you’ll be treated to a warm welcome from the staff and told of all the amazing activities that the hostel offers. There are treasure hunts with escape room style clues that will lead you on a merry jaunt around the surrounding jungle.

In the evenings you will dine with the other guests, eating home cooked food prepared by your hosts. In the morning you will be awoken by the sound of a troupe of monkeys scavenging for fruit in the nearby trees.

Prepare for your day by sipping a coffee in a hammock that overlooks the stunning Chiriqui forest and Volcan Baru. If you enjoy your stay you can buy a novel written by the owners based on mysterious guests of old…

In 1860 the threat posed by Napoleon III and his rampaging French army was felt keenly in Great Britain. So much so that British Prime Minister Lord Henry Palmerston commissioned the construction of 5 sea forts to protect the naval base of Portsmouth.

Nowadays France poses no such threat to Britain despite the protestations of ardent Brexiteers! These forts have been repurposed as luxury accommodation hotels which are available for group hire.

The 15 feet thick granite walls will protect you from the elements as well as any impromptu French naval attacks. On board you will be treated to the pinnacle of luxury as you relax in one of the four elegant private rooms on the base.

After arriving via a boat taxi you can relax in the Crow’s Nest Bar which has a sumptuous view of the Solent. After that you can retire to the Cellar Wine Bar where you will ironically enjoy some of the best French wines on offer.

There are a couple of games room as well a hot tub and a decked area that gives you the perfect opportunity to top up your tan!

Lumley Castle was built in 1389 and as such boasts an interesting history of betrayal, war and political intrigue. The sumptuous castle was once home to raucous Elizabethan banquets quite literally fit for a Queen.

Now it is one of the premier hotel destinations in the north of England, not just for hotel aficionados but for intrepid ghost hunters as well. In 2005 Australian cricketer Shane Watson spent the night in The King James Suite ahead of a crucial Ashes Test match at Chester-Le-Street.

Unfortunately for Watson there was not much sleep to be had in the elegant room. Watson fled his room in the dead of night complaining that he was being haunted by Lily of Lumley – a former tenant of the castle who was cast into a well to die as punishment centuries ago.

Watson spent a frantic few hours sleeping on the floor of his teammates room before being relocated to room 46 where he, ‘slept like a baby’. Strangely mischievous staff had sent him to room 46 as a joke, it was in fact the room where Lily of Lumley had resided.

Do you think that you have more nerve than an Australian cricketer? Put yourself to the test and spend a night in this haunted castle.