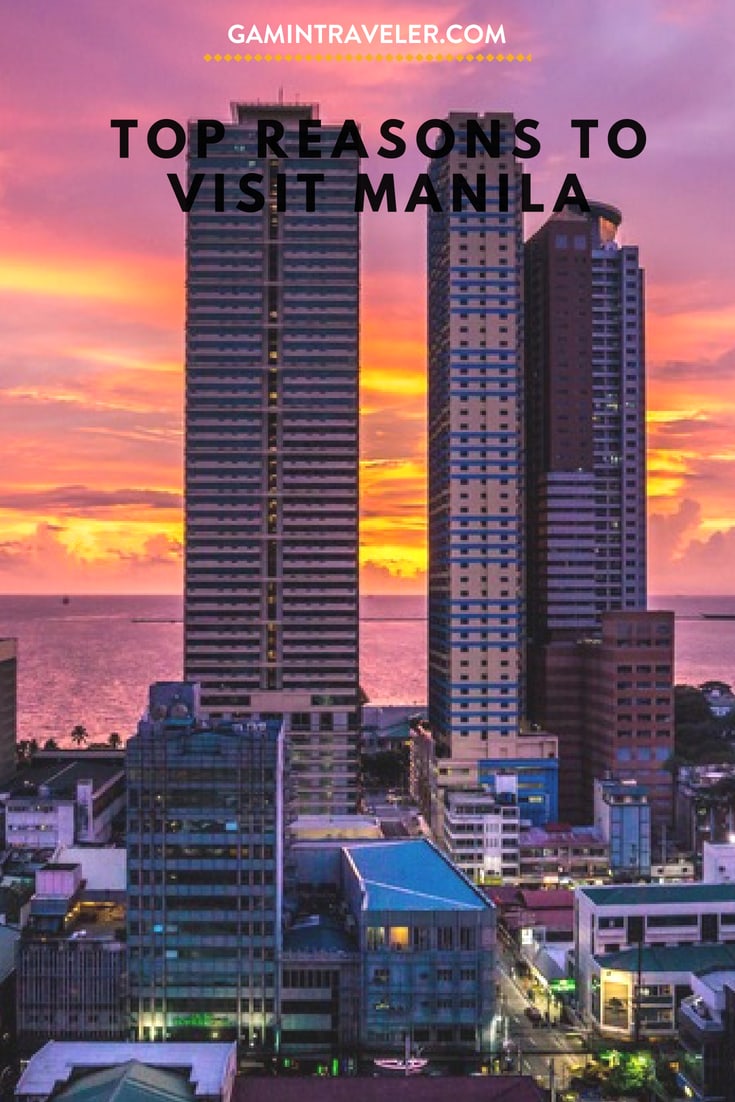 Manila is the capital city of the Philippines, and like all capital cities, it is bustling, vibrant, and so busy with traffic and pollution that you might soon want to escape to a nearby tropical island to chill out on the beaches. Yet Manila has garnered a good reputation, and these days it’s becoming a hot spot destination in and of itself—not just a stop-off point for island-hoppers.

Weather in the Philippines is usually very hot and humid between March and May, and the rainy season can cause disruptions between June and November. The best time to visit Manila is probably between December and February, when the weather is cooler. As a relatively up-and-coming destination, Manila is still relatively inexpensive; it’s actually rated as the 7th cheapest in Southeast Asia right now.

What to See in Manila

It takes more than cheap prices to get a keen traveller to visit a place, so what is it about Manila that makes it really worth the visit? Well, there’s actually lots to see and do there. The people are generally super-friendly, and the culture is complex and well-developed.

The historical centre of Manila is Intramuros, a walled area brimming with Spanish colonial architecture. This is a great place to have a wander around and admire the town; Fort Santiago stands out as the highlight, with its well-preserved walls, gardens and views over the river.

Other places of interest are the ‘Coconut Palace’, which was largely built from natural materials, including a lot of coconuts. When you’ve had enough of the crowds, head to Rizal Park for a bit of relaxation. It’s still busy here, but the vibes are chill, and it’s a great place to hang out and watch local life. There are also superb Chinese and Japanese gardens here.

When you are done exploring, there’s no better place to watch the sunset than over Manila Bay. The Philippines is famous for its epic sunsets, and even in the capital city you witness beauty that is hard to find elsewhere! 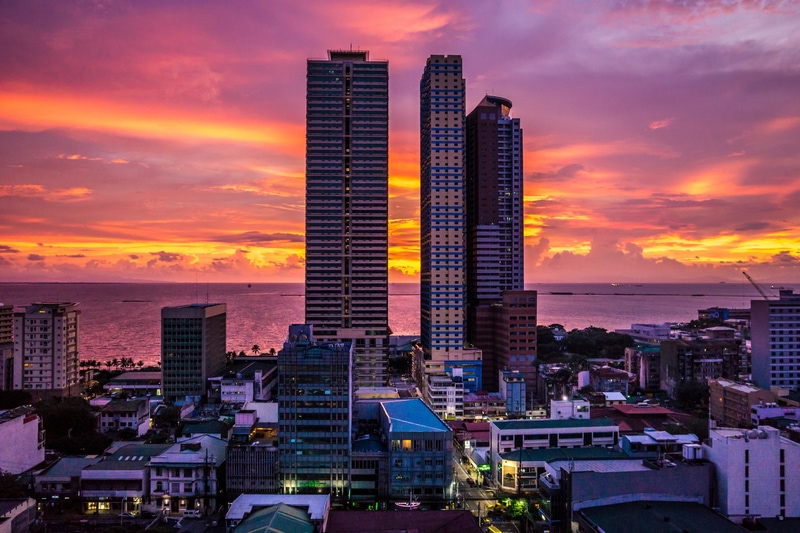 Manila is a hub for museums and art galleries, where you can learn a lot about Filipino culture, both before and after Spanish colonization. Check out the ‘Museum of Flilipino People’, or the Ayala Museum, which houses a whole load of Filipino gold and art and showcases the country’s history. The National Gallery of Art has classical paintings from Filipino artists of the 19th century.

For something a little different, head to the Mind Museum—an interactive museum about science that explores atoms, galaxies and quantum worlds. There are loads of museums and galleries in Manila, so ask at your hotel for more information.

Being a capital city, Manila has a lot of entertainment to offer. It is even becoming known as a hotspot for nightlife in Asia, with clubs, bars and restaurants to suit all tastes. Karaoke is big here, and you can pretty much find a place to grab a microphone and sing on every street corner!

Manila is also the Philippines’ primary destination for poker. It features huge tournaments that attract players from all over the world and bring in prize pools of millions of pesos. This year’s Manila Megastacks had a top prize of 3.9 million pesos, which went to Singaporean player Ignatius Meng. Even if you don’t want to play at this level, you can enjoy poker and other casino games at a number of casinos across the city.

A bit outside the city, in the Pasay City area of Metro Manila, you will find Star City—an amusement park with rollercoasters, log rides and a giant Ferris wheel. It’s only $10 for unlimited rides, and there are also other entertainment venues nearby, such as the Lazer Blaster game.

Manila is a huge destination for shopping and is home to one of the largest shopping malls in the world: the ‘Mall of Asia’. There you can shop for just about anything! For designer-label goods, head over to Makah’s Ayala Centre. If you’re around during the weekend, check out the Legazpi Sunday Market, which is a huge local market with food, crafts and gifts. Just see if you can leave without buying something!

At the end of a busy day, you want somewhere nice to go back to where you can truly wind down. Manila can be a hectic and challenging place to spend time, and so your choice of accommodations is important. The Manila Hotel is the only ‘grand’ hotel in Manila, but it will come with a hefty price tag. If you do stay here, or at any luxury hotel, make sure you get a Hilot massage, which is a traditional Filipino healing technique. For those looking for reasonably-priced accommodations, we recommend Hotel Jen for a pleasant—yet affordable—stay, or one of the dozens of budget hotels you can find.

Good Base for Trips

Hopefully you can now see that Manila is a truly great destination in its own right. There’s plenty to see and do, as well as lots of food and entertainment. The sunsets are beautiful, the people are friendly, and the bustle of the city is a gateway to many charming encounters and experiences.

Manila also makes an awesome place to take trips from, with many affordable getaways nearby. Head to the Taal Volcano and swim in its lakes, or to Anilao to dive in the oceans. Or go island-hopping among a few of the Philippines islands, of which there are over 7,000.

After Manila, you can visit Tagaytay just a couple of hours driving distance from the capital of the Philippines.