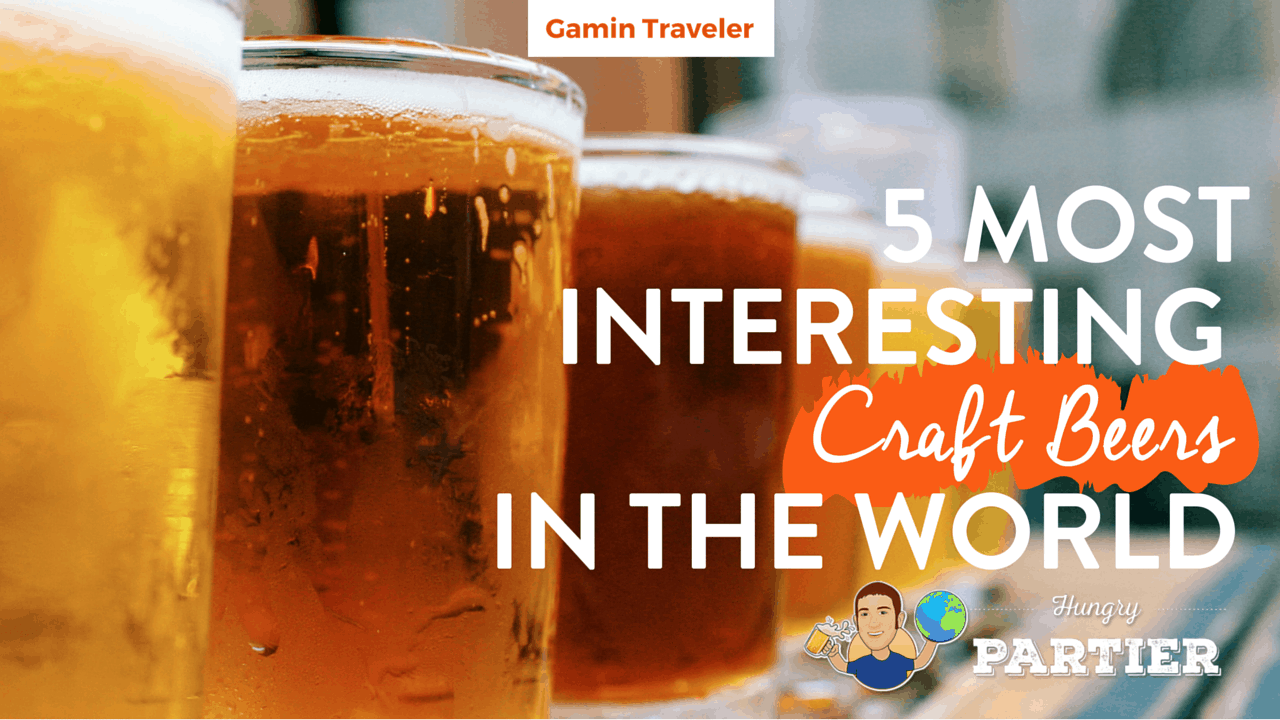 Alright beer drinkers, this one is for you!

In the last few years, I’ve noticed craft beer blowing up all over the world, in a very localized, artisanal way. And the momentum of these craft breweries doesn’t seem to be slowing down, either!

It’s not just in western places like the USA or Europe – craft brew fever has infected countries all over Asia, outlying islands, and even Africa. South Africa leads the way, with over 135 craft breweries at the end of 2015 – about 1 brewery for every 390,000 people – the vast majority of which have started in the last five years.

The community of craft beer drinkers definitely helps tourism, as people (like myself) seek delicious local beers when they travel. And sometimes, you have to travel to really interesting places to find that favorite beer!

Alright, so now you want to know some of the best beers of the globe? I’ve put together this cheat sheet of all the best craft beers you’ll find around the world. Read on to see my picks, and if you ever make it to any of these breweries, tell ‘em Drew sent you!

The Top 5 Craft Beers to Try Around the World: 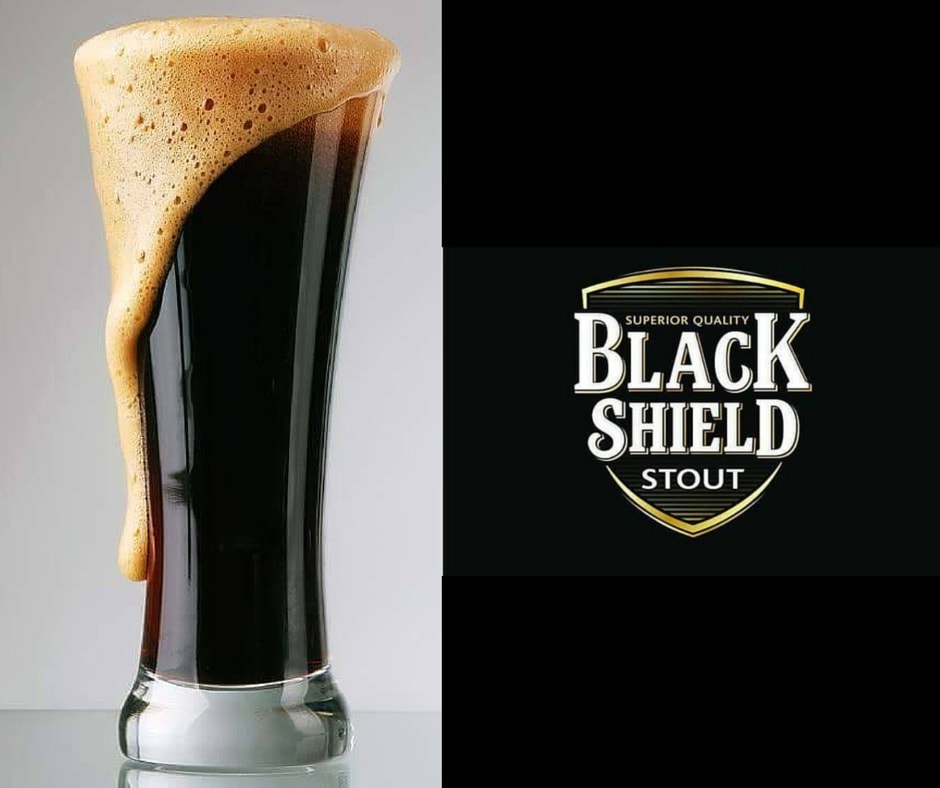 I know what you’re thinking – Myanmar has craft beers? You better believe it! I was also shocked myself when I saw craft beers during my 2 month backpacking trip to Myanmar, but I had found my match when I came across Myanmar Black Shield.

Stout beer, in general, is my favorite style of beer and this Myanmar brew captures all of my favorite tastes into one bottle. The color is almost black, with a nice foam head and a light aroma (almost tasting like coffee) and a soothing aftertate. You can’t go wrong!

Other Things to do There:

Myanmar is a fascinating place and I highly recommend you to visit there. And hurry up, because this country is rapidly developing because it just opened up it’s doors to tourism a few years ago. Some things that I recommend doing in Myanmar is visit the Shwedagon Golden Pagoda in Yangon, hang out on Inle Lake, and temple hop around the 11th Century Buddhist temples of Bagan.

You will discover that the people of Myanmar are so welcoming and friendly, and the food is a delicious mix of Indian and Thai. Check out my travel guide to Myanmar for more tips, recommendations and information about the country! 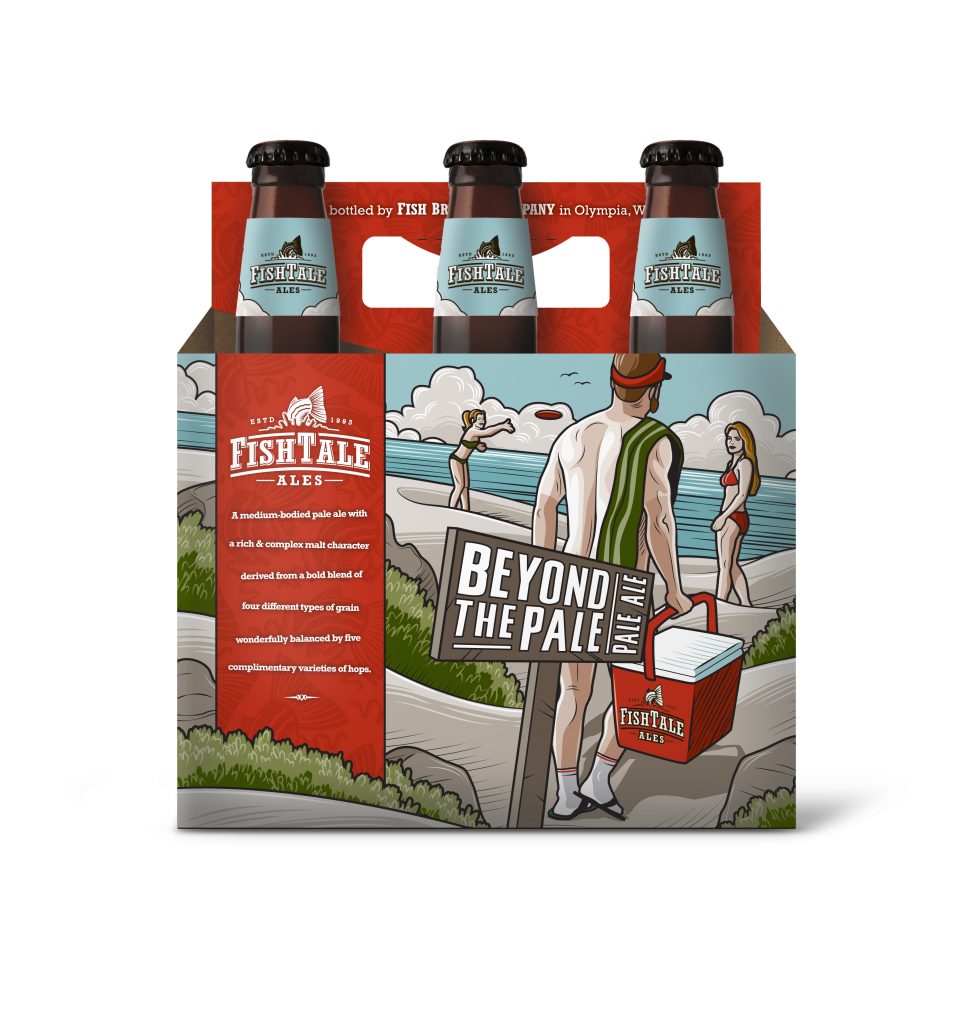 This beer was the World Beer Award winner of 2015. These awards are put on by probably the most “official” governing body of beer on earth. So, to earn the title of “World’s Best Beer” from these guys, your drink has to have some serious chops. I tried this one a few years ago with some friends and it was so tasty that I could keep pounding them down until morning.

Other Things to Do in Olympia:

When you’re done sipping the best beer in the world, you’ll find Olympia actually doesn’t have a whole lot of things to do for a thrill-seeking traveler. If I were you, I’d rent a car, and drive an hour north to Seattle and explore this amazing city.

Start at the fish market (Pikes Place) and, then get a coffee from the original Starbucks, then head downtown for weird art, interesting museums, the Space Needle, and the best donuts you’ll ever eat (ask someone on the street downtown, they’ll point you there). 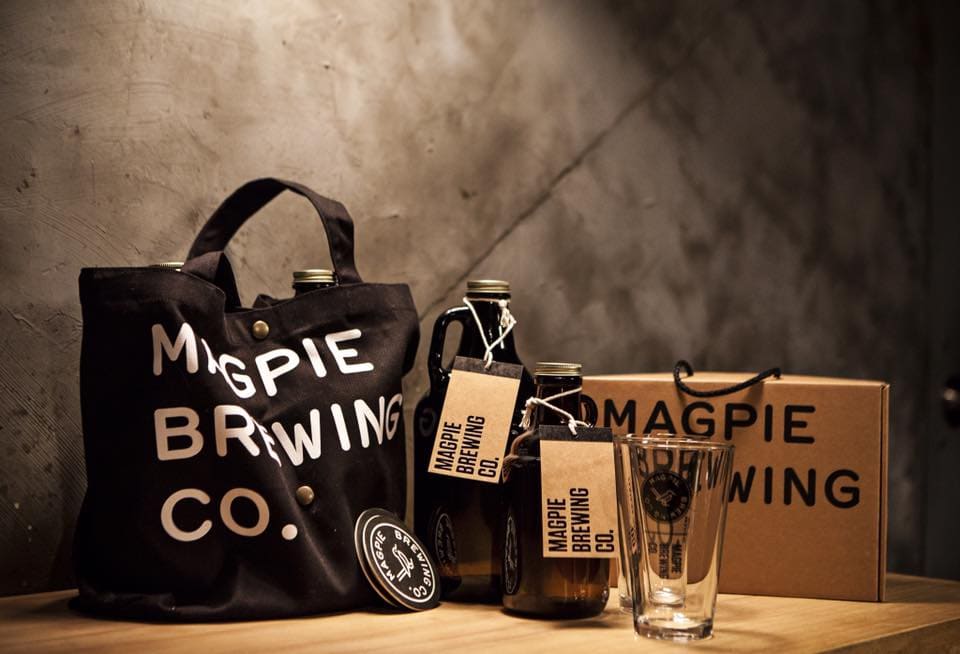 After living and teaching English in Korea for 18 months, I can confidently say that this was my favorite craft beer in Seoul! And with Seoul being a hotspot for craft beers around Asia, that is saying a lot! It’s the original craft beer in Korea, it’s hip, and it comes with a wide variety of tastes.

My favorite is the Magpie pale ale. The best part? They also have a pizza restaurant so you can drink beer and have a slice at the same time. The best!

Other Things to do There:

Seoul is a massive city with a lot going on, and hundreds of fun things to do. If you are there in the summer, then head over the Han River park and have a picnic with your friends (seriously, it’s the thing to do). You can also head up to the top of the Seoul tower for the best views, or if you are more crazy, go to Noryangjin Fish market and negotiate for a fish and eat it for dinner!

Lastly, the nightlife in Seoul is the best in the world (no joke) and you can have a wild time with some Soju (a Korean rice liquor) and Magpies at an epic night club in Gangnam. 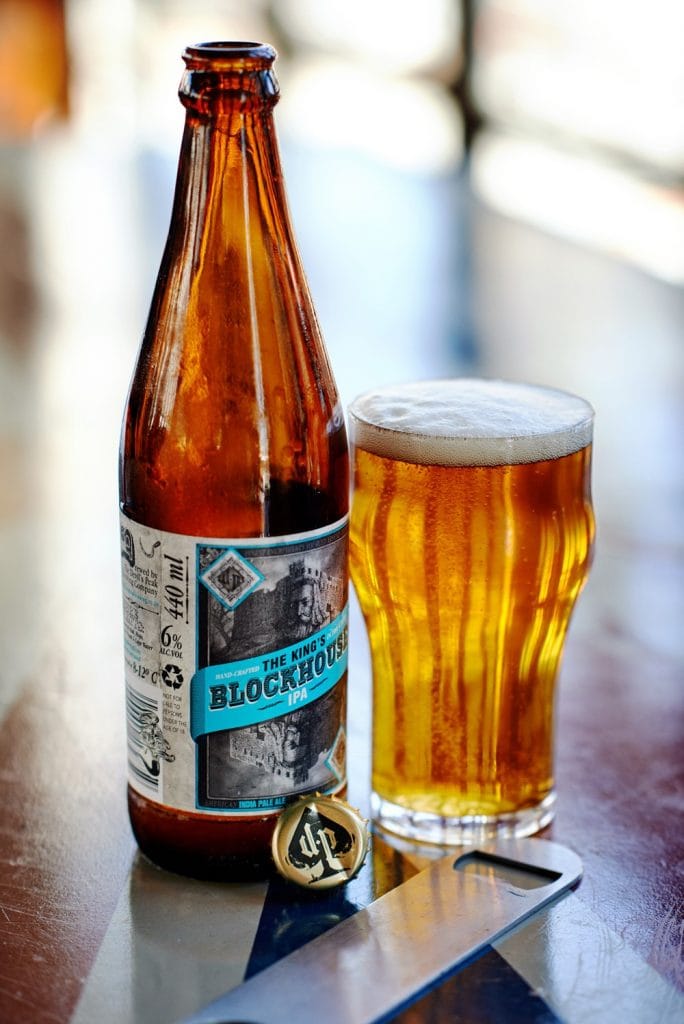 What makes this beer really, really interesting is the fact that it’s brewed in South Africa, a country that has really only been a part of the “craft beer game” for a bit less than five years (putting it a good 15 to 20 years behind the hardcore craft beer scene in, say, California and the rest of the USA). My best friend is from South Africa and he brought some Devil’s Peak for me to try and it was delicious – one of the best IPAs I’ve ever had.

Also, due to the Dutch influence of South Africa, the country has a lot of interesting sour beers, Belgian styles, and Dutch styles that coexist alongside more popular ales. Pretty cool!

Other Things to Do There:

You’re in South Africa, so obviously, you’ll want to go on a South African safari! I am planning to go to Kurger National Park this year, which is known as one of the best parks to see wildlife! Also, Cape Town is a crazy party city, which goes hand-in-hand with all the delicious beers you’ll be drinking 😀 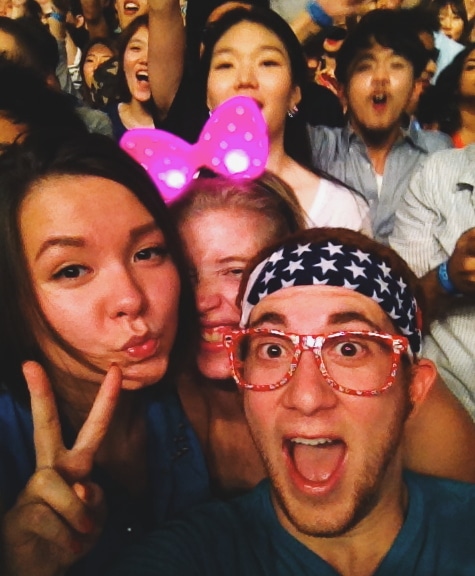 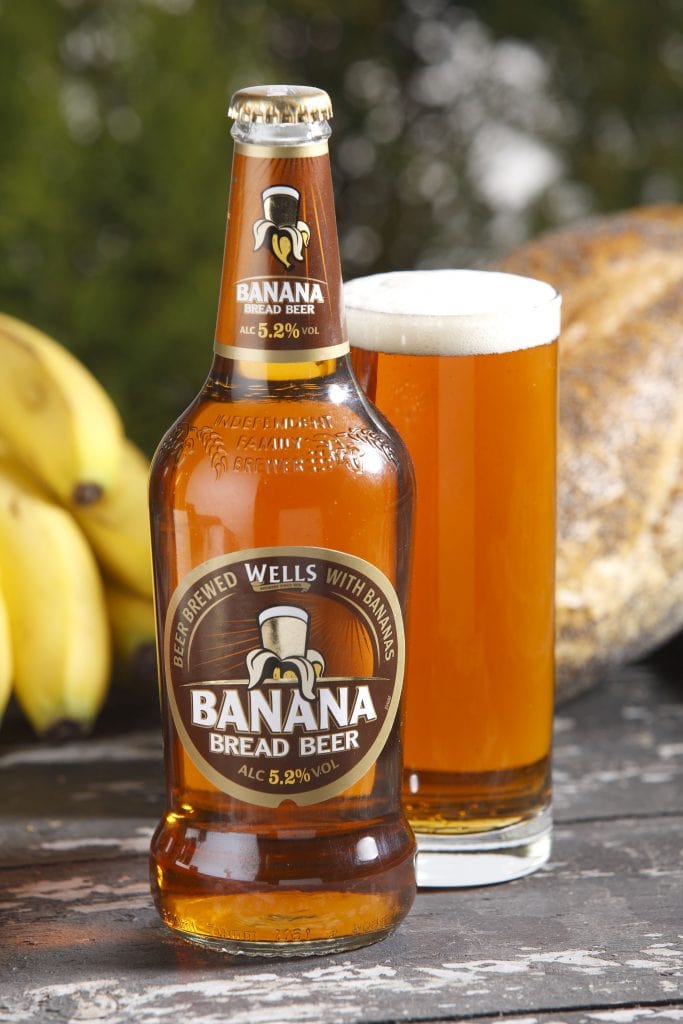 I should start by saying I LOVE bananas (they are my favorite fruit) and I especially love banana bread. So if you don’t like banana, give this beer a strong pass, because they totally nail the banana aroma flavor with this one… It really does taste as if you’d liquified banana bread and then put it on ice for a bit. Worth a try, even if you don’t think it’s good – it’s all about the experience!

Other Things to Do There:

The brewery is about an hour away from London by train. If you haven’t been to London before, then you have to go! Finish up your delicious banana bread beer, stumble down to the tube, and hitch a ride to the city for a fun cultural experience. London has plenty of landmarks and more museums & parks than I can count. You will never get bored in the city!

Thanks for reading about my favorite craft beers, and I hope you get the chance to try some of them!

[…] via 5 Most Interesting Craft Beers in the World — Gamin Traveler […]

I love to explore new craft brews during travels, especially abroad. It is so cool to see the local taste influence the beers. Can't wait to try them all, hopefully right at the location where they are from :)

Me too Maria, I love new craft beers :)

A dark beer from Myanmar? Been in Thailand for awhile now and I think that's the edge I needed to convince me of a trip across the border. Unless I'm lucky and can find it on my next trip to Bangkok.

Yean man, go for it :) It´s time to travel to Myanmar!

I tried Lion in Sri Lanka and it was really good :)