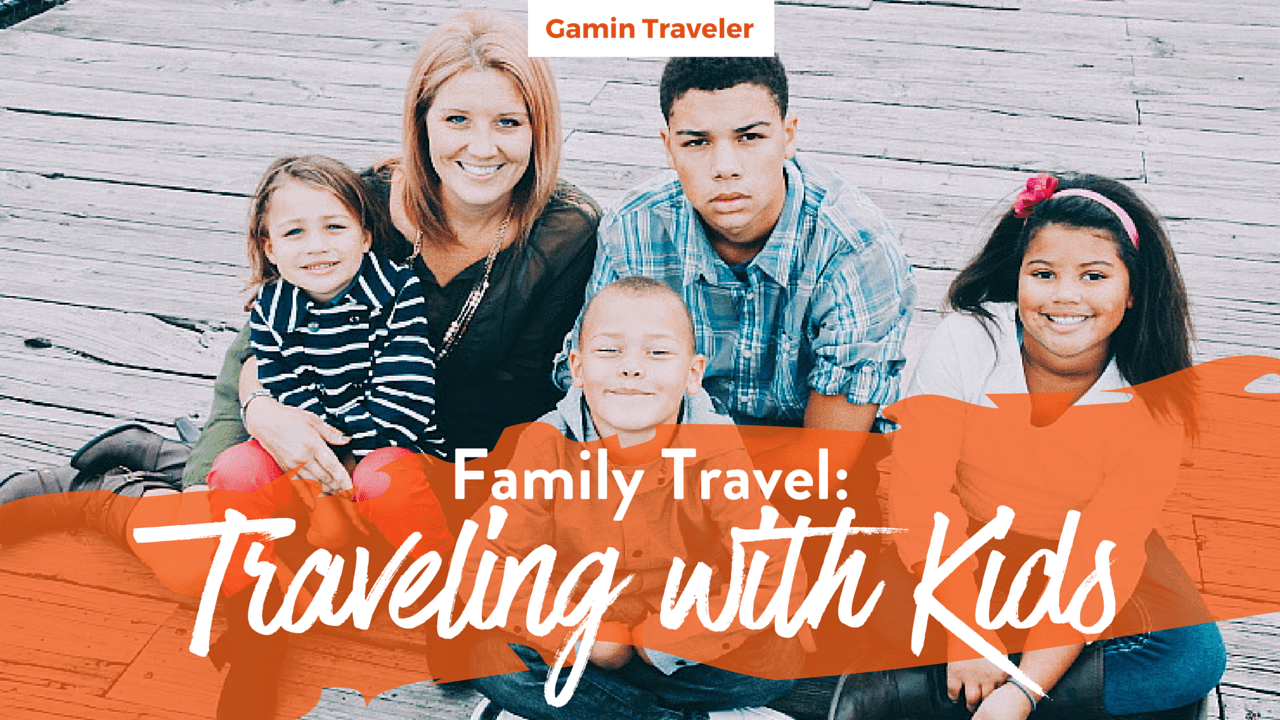 I had lived in Puerto Rico in high school and so a few times we went there and stayed with a good friend of mine. One of my favorite trips was to Ocho Rios, Jamaica and truly defined for me the reason I loved traveling with him. I never even thought about leaving him behind because I wanted him to see more of the world than I had as a child.

1. A lower-rated hotel forces you to get out 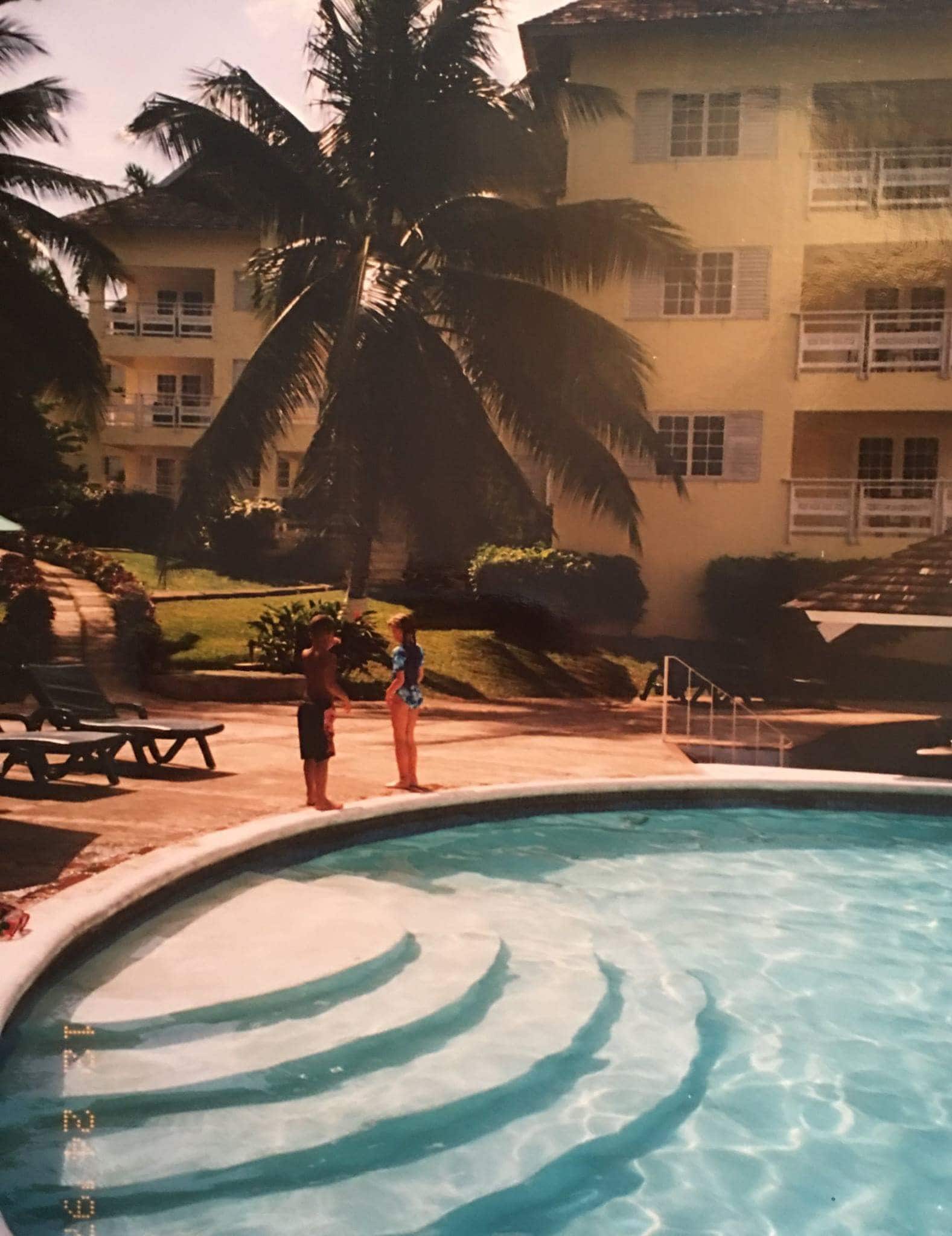 We usually took a lower-rated hotel that served breakfast daily because as a mom, you know a good breakfast you don’t have to look for is crucial. We enjoyed fresh fruit, omelets and fresh juice and coffee daily. That was perfect. All of the other meals were enjoyed in town.

2. Children open your eyes to wonder.

I think we all know this, but when you step out of your normal life, it is so exciting for them (and you)! The plants are different, the critters are different. I can’t tell you how many geckos we hunted through shrubs to see where they went. His curiosity got him some decent stains – like brand new shirts with Aloe stains (because who knew aloe would stain?!), but i wouldn’t have traded these times for the world.

3. Sticking to a budget forces you to find good deals.

We found THE.BEST.FOOD that year in Jamaica. A local woman told us about the fish market that the restaurants went to to get fish/seafood for the restaurants. We walked through a tourist monstrosity restaurant/shopping complex (Jimmy Buffet’s), went into the ocean to get around the corrugated metal that served as a wall, and walked up from the beach. There were little stands that each fisherman had. Boats were coming in and out. They gave us conch soup in styrofoam cups and took my 5 year old son to pick out the fish he wanted them to cook for him.

He wanted a barracuda, but they settled on a good sized red snapper. While there, they gave him a conch shell for free. He still remembers 11 years later when we opened the foil that held the fish and saw the whole fish right there. His eyes got huge and he looked at me in total surprise, but then he peeled the skin back and ate that whole fish on this plaza outside of Jimmy Buffet’s.

We still have the conch shell and we have the memories. Priceless and worth it. We skipped the Americanized ‘local’ foods that I have had in all-inclusives or touristy areas and ate actual local food, which was nothing like food here. My son has a highly developed palate for food and loved the complexity of flavors. Chicken strips and french fries have never been his cup of tea.

We skipped the hotel’s “private” beach space in order to go to the bigger public beach.

Other tourists thought we were crazy. We thought it was amazing. He met this little boy on the beach and the parents approached me by the end of the day. They offered to take us to Dunn’s River Falls, for free. They were a beautiful family. The father taught me so much about the tourist industry in Jamaica, that left me so sad, knowing the system was corrupt. 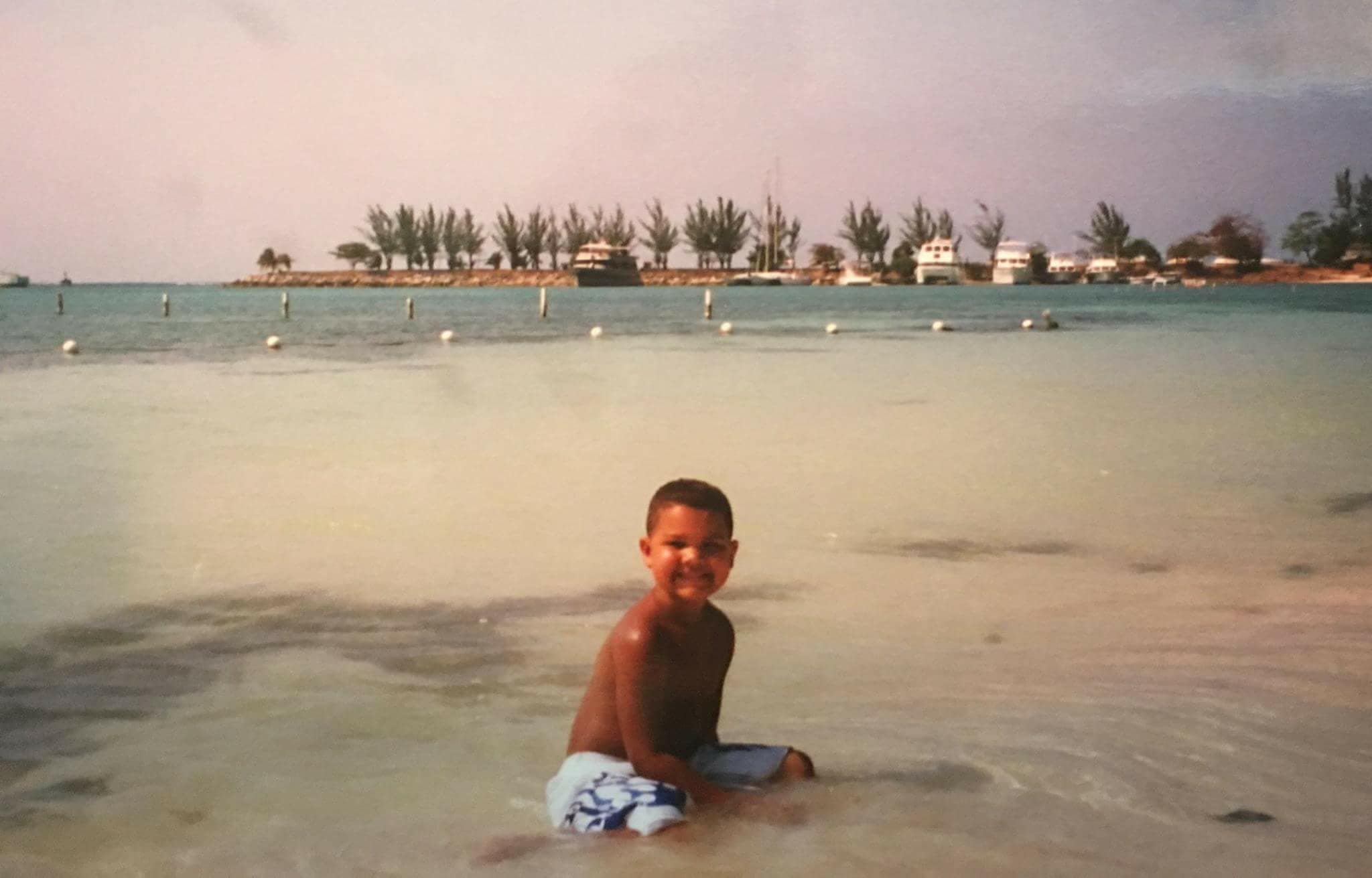 After learning about the system of agreements that the shop owners (not Jamaican) had with the taxi drivers, I wanted nothing to do with the tourist shopping areas. Instead, we went to the local Jamaica flea market/artisan market and we spent hours there. Sure, some people may not like it or they feel it’s scary, but we got the most beautiful artwork, hand carved by local artisans.

I still have a carving of the two Jamaican mothers- the one from the mountain and the one from the city areas. My son got some wood toys that they carved his name into. We still have those toys, and even though they may not work quite the same, he wants to keep them. We have a set of four paintings hand painted by local women. The money we spent went straight into the artisan’s hands, which was my desire all along.

6. If you keep a vacation simple, you will truly rest.

Having a young child with me meant that some days he would have rather swam in the hotel’s pool with the other kids who were staying there. This kept the trip very simple and he actually experienced some things he may not have if we were always on the go. He met kids who were from England, but were in Jamaica to visit family.

They looked like kids he may know in Minnesota, but when he spoke and they spoke, both my son and the other kids didn’t even realize they were all speaking English! It did take some time, but soon enough, you never would have guessed they just met. We ate food in our room, read by the pool and I loved talking to these other families-usually expats back to visit.

7. The experience taught me so much about him. 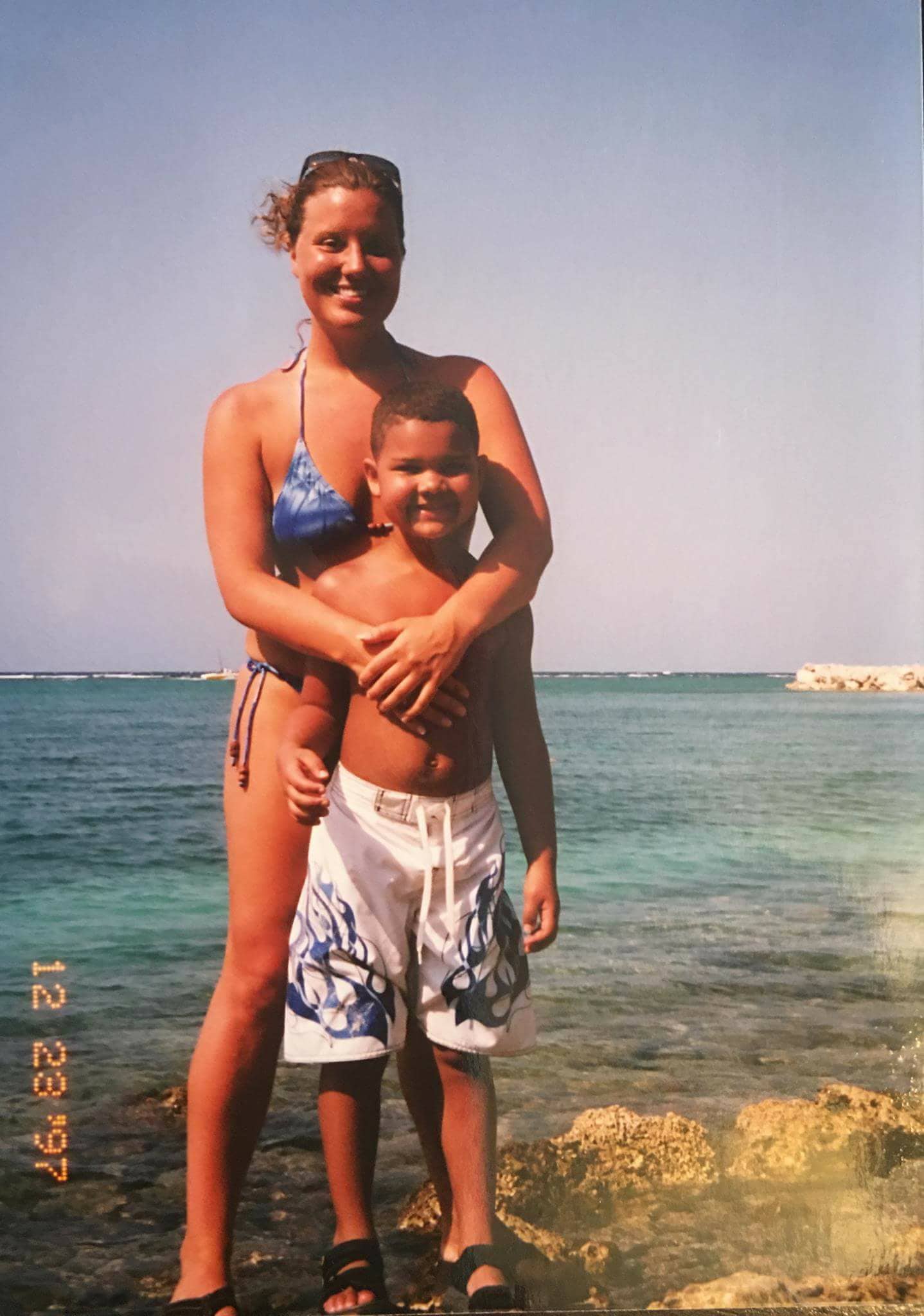 When you are in your usual environment, kids are not given many opportunities to stretch themselves emotionally, culturally, with food, music and really, about their usual way of life. This trip taught me how truly open and adventurous my son is. He was open to snorkeling in the open ocean with a group of people we had never met. He  was open and loved the cuisine that the Jamaican people actually ate.

He was content to just swim and snorkel around the calm shallow waters of the public swimming area, with other kids he had never met. Best of all, he appreciated it. Even now, I remember how much we experienced just by leaving the hotel. My son is now 16 years old and is so open to diverse people here in the United States because while traveling, we didn’t segregate ourselves from the local people, we integrated as much as possible. Even the people at our hotel were expat Jamaicans visiting family.

There is not a penny on this planet that you could pay that would mimic natural, life- giving relationship building. Money can’t make that happen. We put ourselves out with the local people and learned so much. We bonded over adventures. I showed him we could travel without a man or a big group. We made connections with others and that was all we needed.

The rest fell into place because we were open to saying yes – we wanted to experience everything that came our way. Instead of tossing my child in a kid’s club on the hotel grounds so I could be kid-free, we flowed together and flowed with the culture. If you asked him today, my son would still say this was his favorite vacation.

His adventurous spirit carries him now to look at colleges far from home, dreams of traveling from Alaska to Chile, snowboarding and meeting people along the way. He wants to be remembered for his adventurous spirit, by the people he crosses paths with.


In the end, our airfare and hotel and hotel transfer fees were approximately $1200 for the two of us. I brought $700 for spending money for the 9 days we were there and I came home with $300. Our trip was successful, I believe, because my focus was on experiencing where we were. I want my money to support sustainable tourism and at the time, I had to create that type of vacation for us myself. Traveling with my son has always been so wonderful, I actually get bored on adult only trips!

If you want to plan a long travel on a budget read out full guide and if you are traveling alone, make sure you read this full guide 🙂 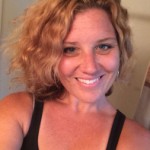 Elsa Carlson is a 35 year old mom to four kids ages 5, 7, 9 and 16. She lives in Shoreview, a city outside of St. Paul, MN. She enjoys spending time with her close friends, sisters and mom. You can find her working on her blog, barefoot in the garden, reading, writing or doing activities with her children. Elsa is a truth seeker, lover of simplicity and creating connections with others. Read more of her stories on her blog, Single Mom Thrives.

awesome piece of writing..enjoyed reading it

Thanks, we are glad that you liked it :)

Although my son is still a wee one, I'm really excited to take him on the road and let him mingle with other people.

Yeah Danial, go for it:) You will have a great trip!

I hope that you find useful the post Rishi :)

I really enjoy seeing pictures with your article. The fun pictures sure verify what you had to say. Thank you for sharing these insights!

Thanks Mary, I'm glad that you enjoy with the story :)