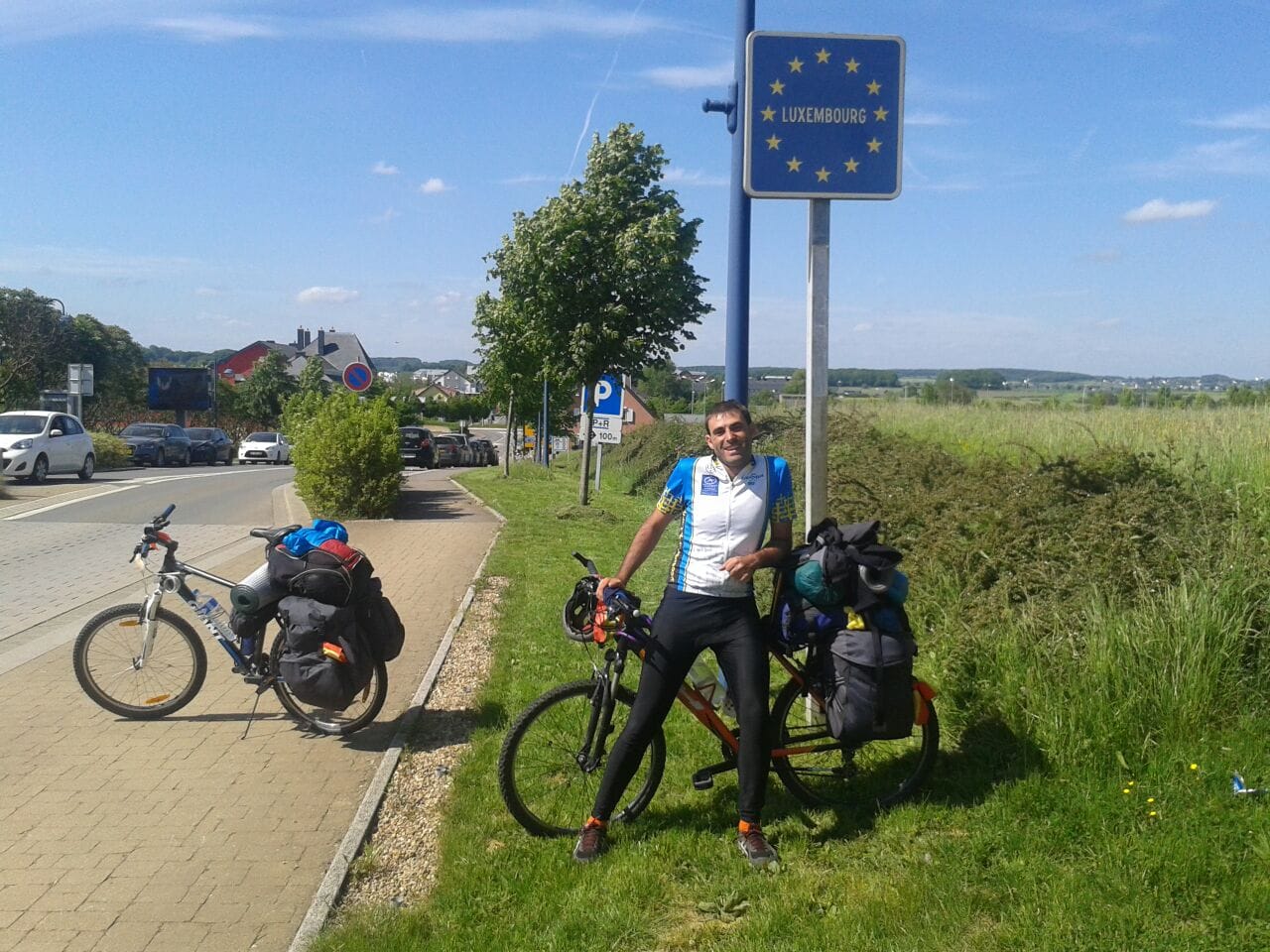 We left France , on the way to our next goal:cycling Luxembourg. After visiting Metz, it was very easy day in the bike  , flat and sunny . After leaving France , we did ” Glacier Operation ” , which it means going to the supermarket and put the beer into the freezer to chill it . After 15 minutes , we picked up the beer from the freezer and we enjoyed  with a little food . The more we wait for the beer the colder you get it !! 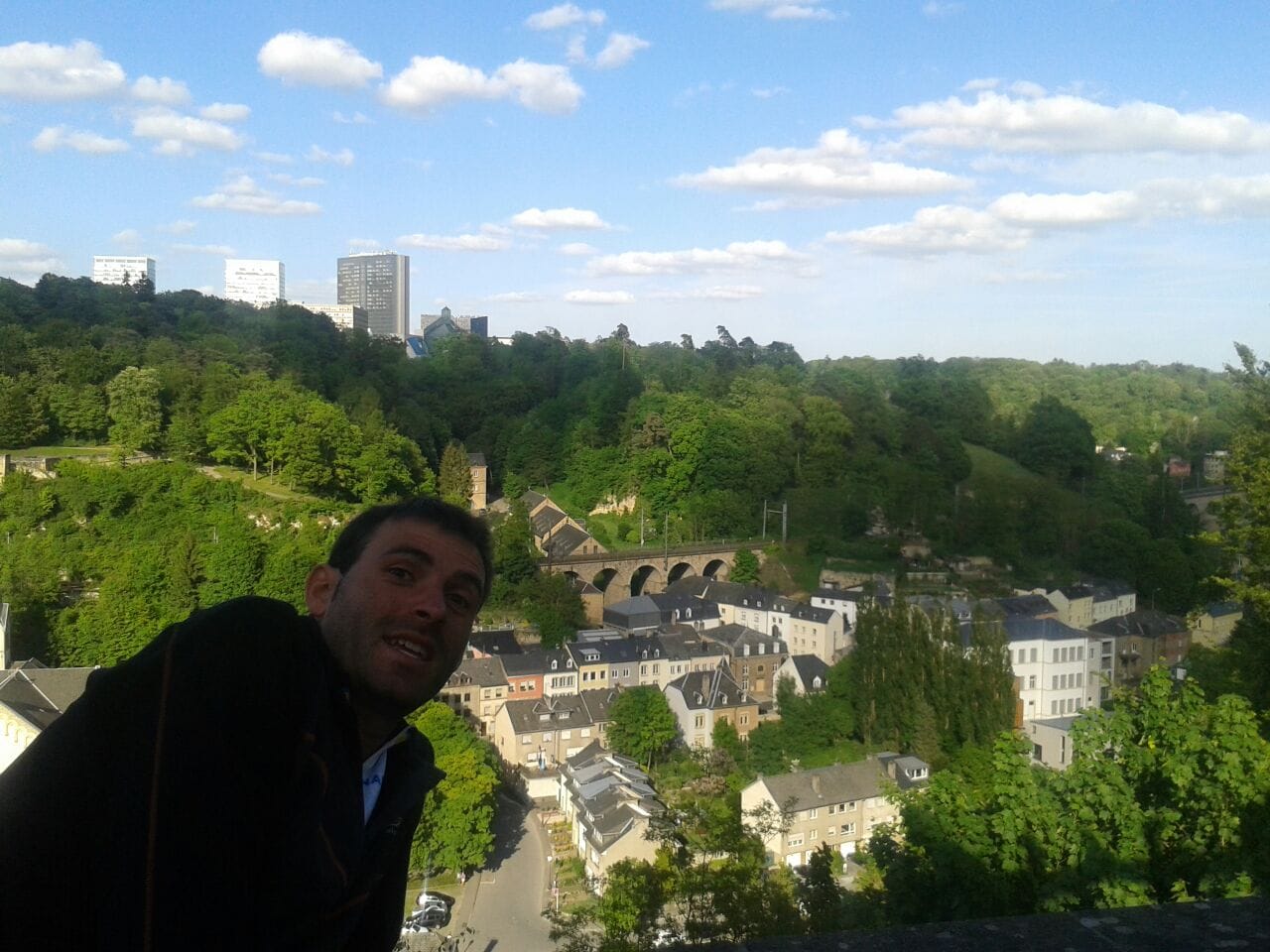 After lunch , cycling  Luxembourg , a new country in our bicycle trip . Just going inside Luxembourg , you can tell the border with petrol stations , bottle shops … A fiscal paradise , where the most important is the money !! For traveling by bicycle,cycling Luxembourg is a developed country with bicycle ways everywhere . 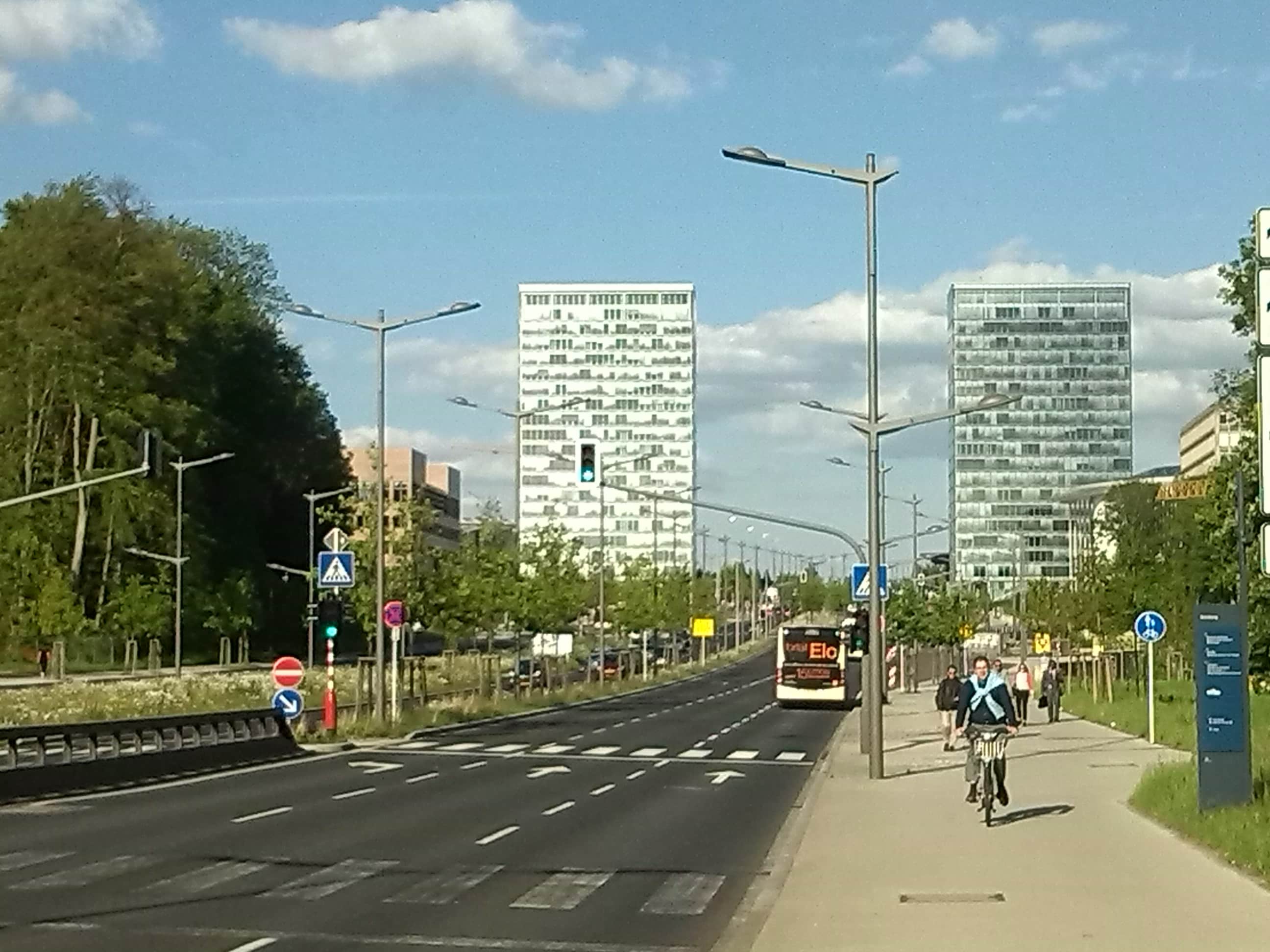 We spent two nights in the city with our host Askender . A guy from Morocco who was living there . Our apartment was a luxury place . In Luxembourg , stand of living is very high , prices are high too . Its a small city , where the most beautiful was the parks and the views from the view point . 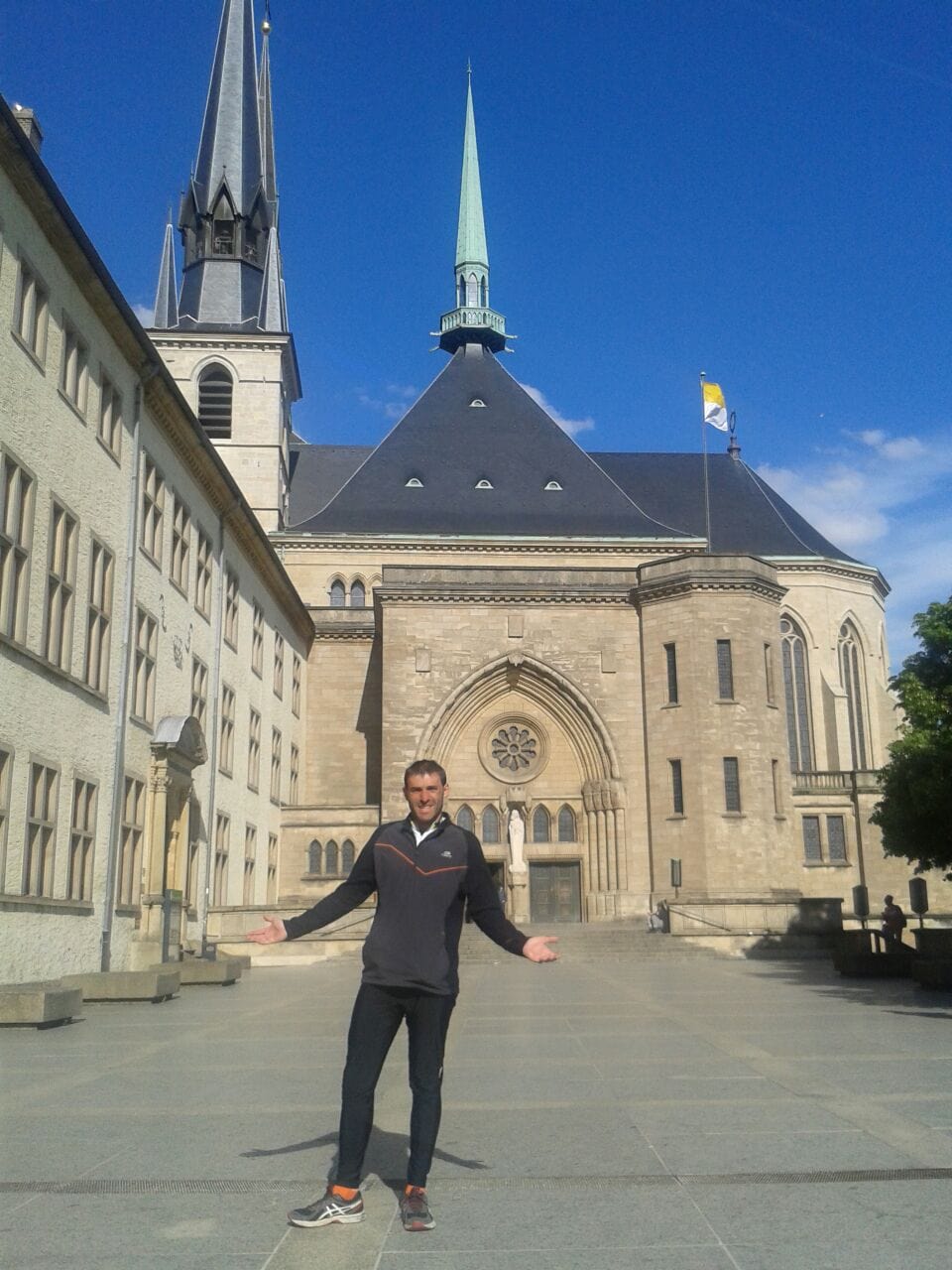 During the day we were doing touristic thing and in the evening we spent time with Askender and a friend of him . Having tea at home , sharing travel and life experiences ,  asking and getting information about Luxembourg . An interesting thing !! In Luxembourg there is an important Portuguese colony , I was surprised many people were talking Portuguese at the streets . I realized Portuguese people were working in supermarkets , restaurants , Mcdonalds and bars … 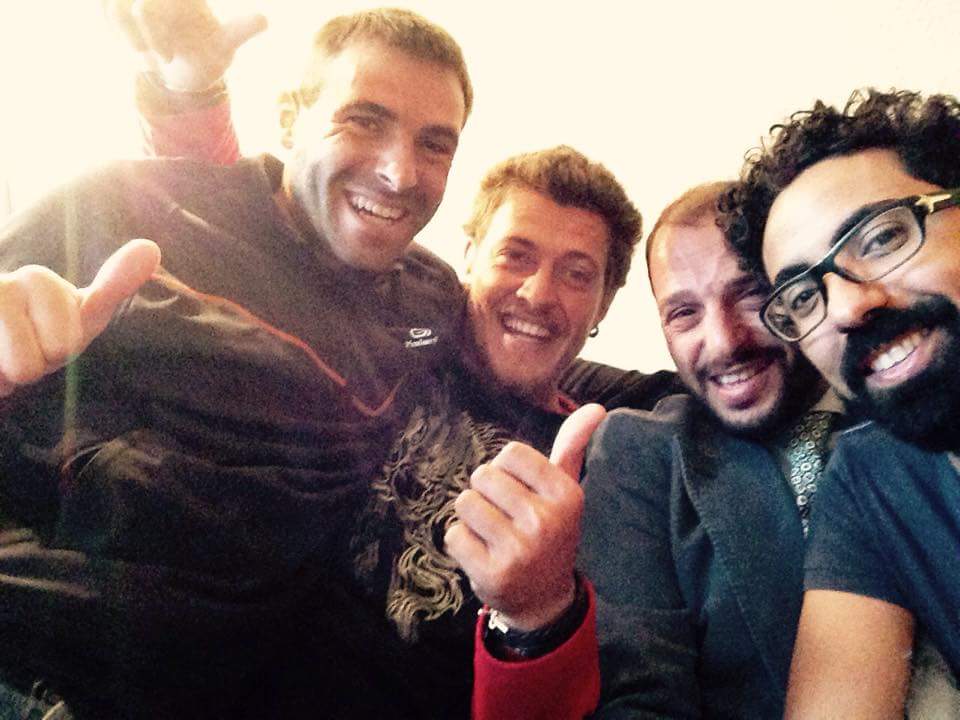 With Gonzalo and  Askender , Luxembourg  .

Luxembourg is very small country , 500 000 people . They speak a few languages , French , German , Dutch … Its one of the richest countries in the world !! After spending two days , we left on the way to Belgium , it was a long and difficult day in the bicycle . Up and down the whole time . The positive part were the landscape , they were amazing !! Also cycling all day long in the bicycle way , unthinkable in Spain . If I compare with France , where we were coming from , Luxembourg is much more developed country in everything . Its great cycling around Luxembourg! 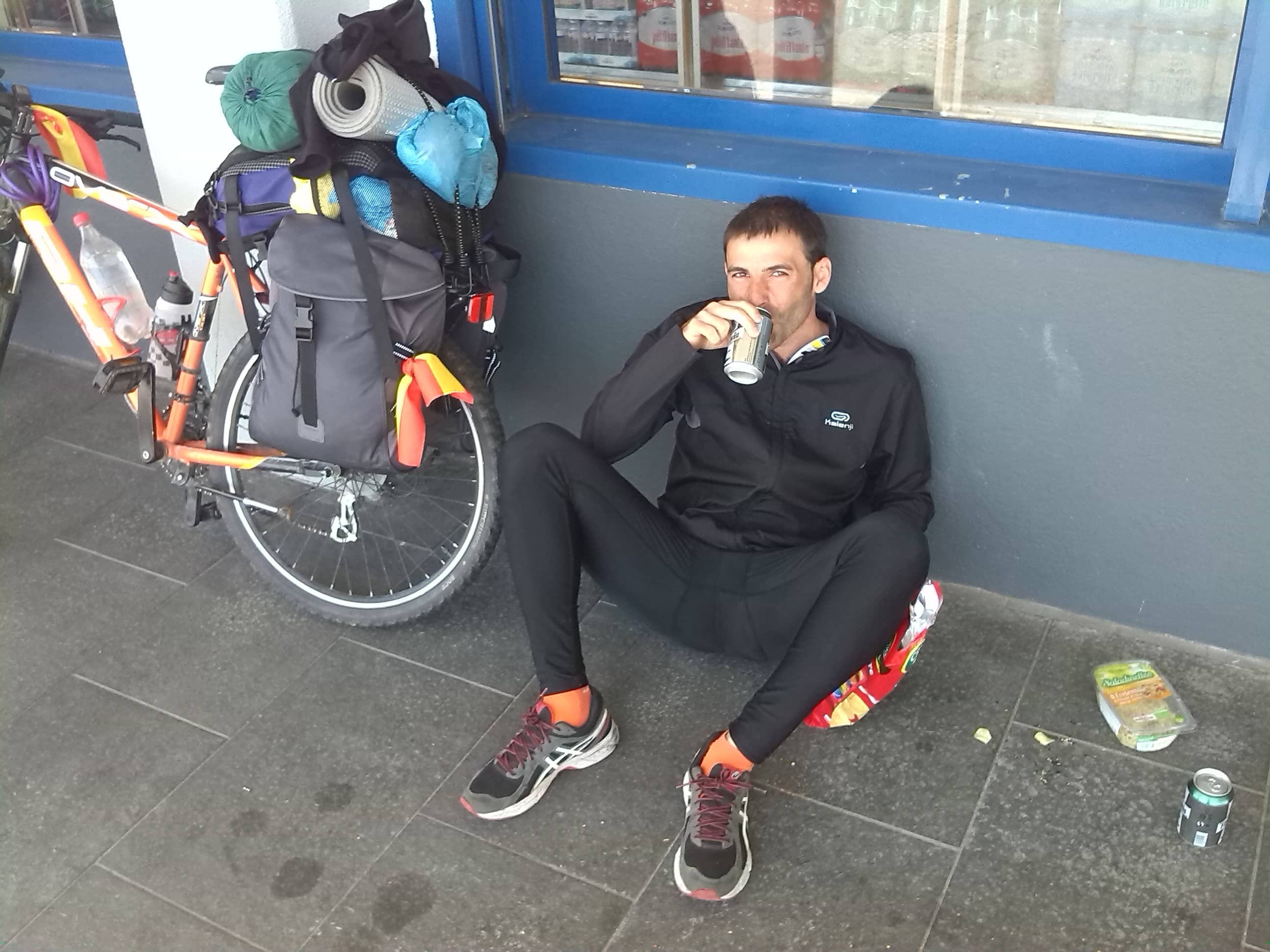 Don't know why yr posts are not coming to my feed.

Cool trip! I want to do a bike touring trip within the next couple years too. What kind of bike do you have? :)

You can see in the pics . Its a mountain bike very simple , Spanish brand ! It gave me many problems but it was working until the end .