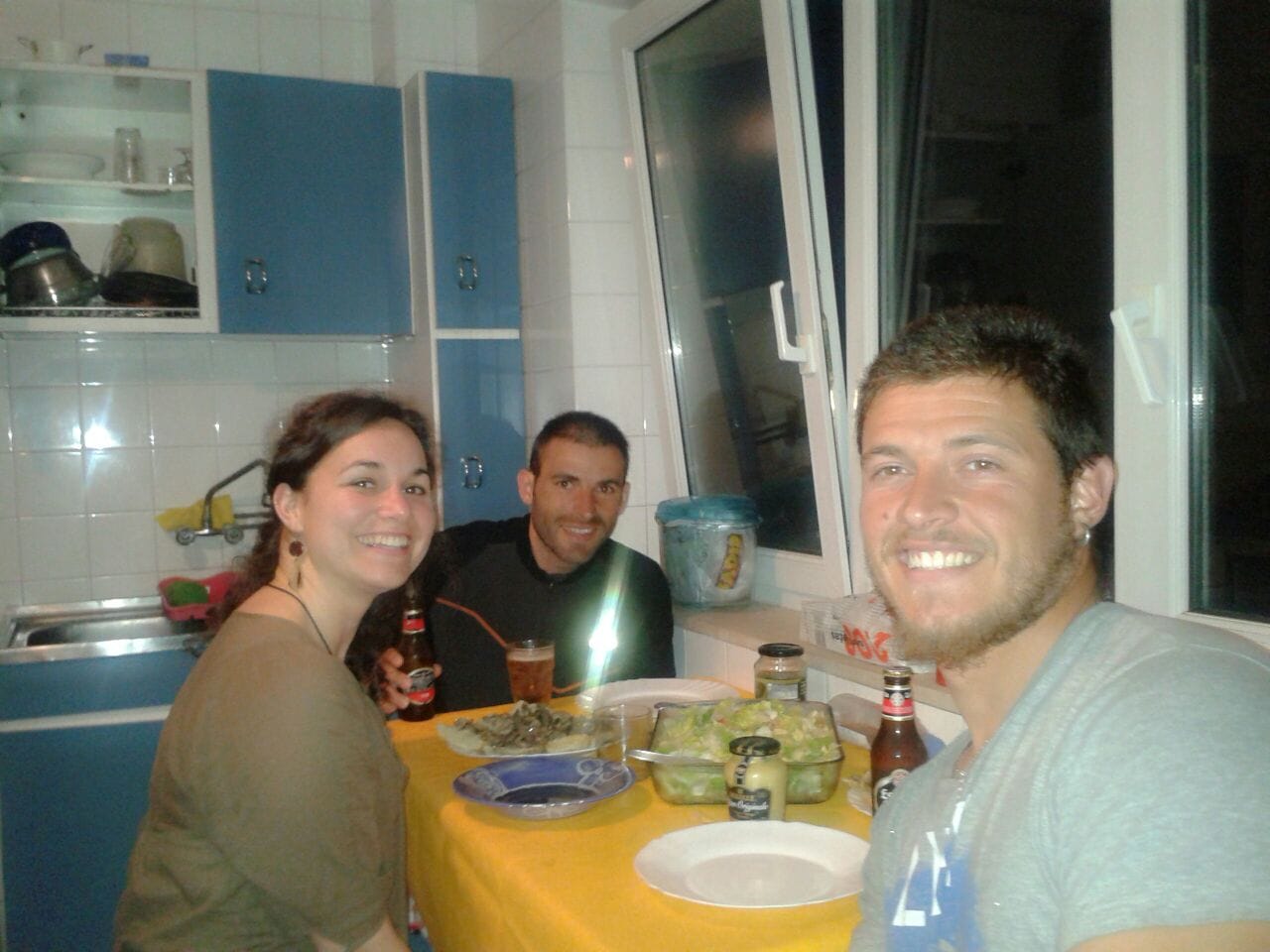 We were cycling around Galicia doing Camino de Santiago. Once we finished Camino de Santiago. We took a couple of days for visiting Santiago de Compostela. Where Lucie hosted us. A friendly French girl who was working in the city. We had fun walking around the city during the day and at night . We exchanged experiences about travels and future plans . 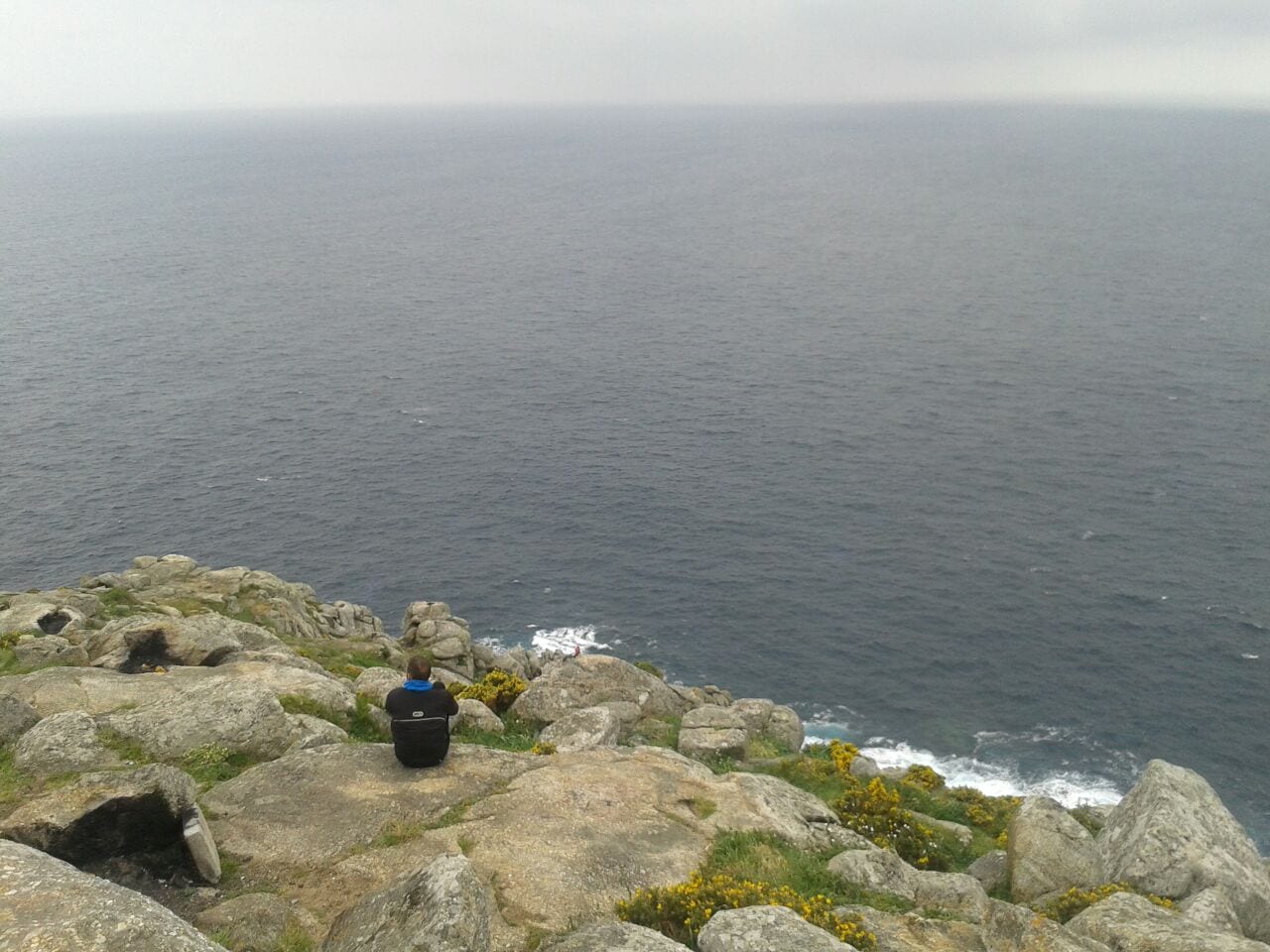 After resting in Santiago. We headed to Cabo Finisterre , The End of the World. As it called . After a long day cycling around Galicia passing through amazing landscapes and beaches. We reached Cabo Finisterre . It looked like very simple and touristic place. You can see just water and it was little bit foggy. Some foreigners were to Finisterre  with beers and clothes to burn on fire or throw away to the water . After we took a few pictures. We continued our way cycling around Galicia  to look for a place where we can pitch the tent . 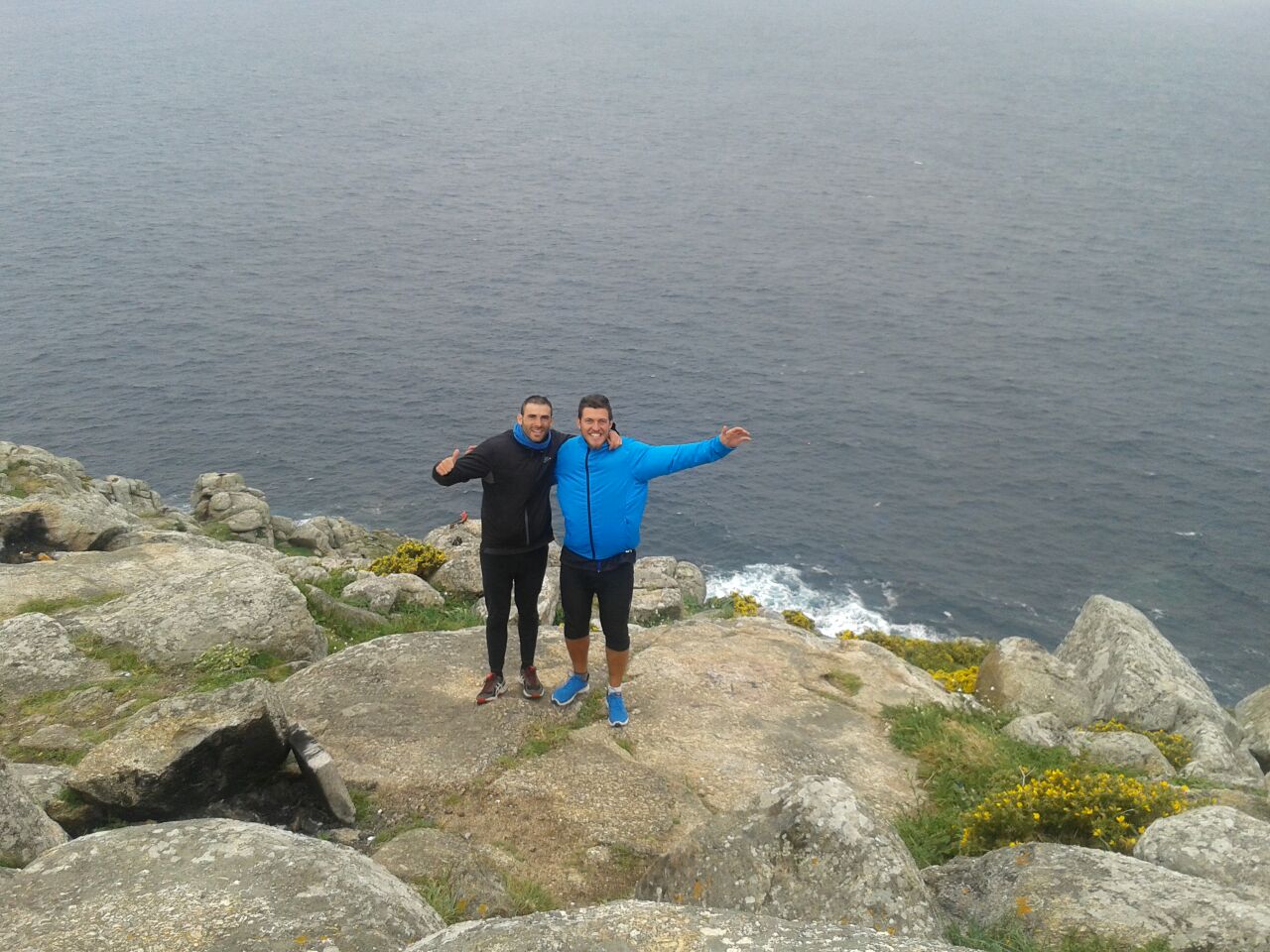 Our next destination was Carballo. Where Stephanie our host by Couchsurfing was waiting for us . She was living in a big house in the middle of nowhere. There were plants, gardens, amazing views and 5 dogs. We spent a couple of days resting. After cycling around Galicia talking about life, travels, enjoying good food. Stephanie not only was cooking for us but also she  drove us  around her home. Resting day cycling around Galicia where we were visiting nice beaches . 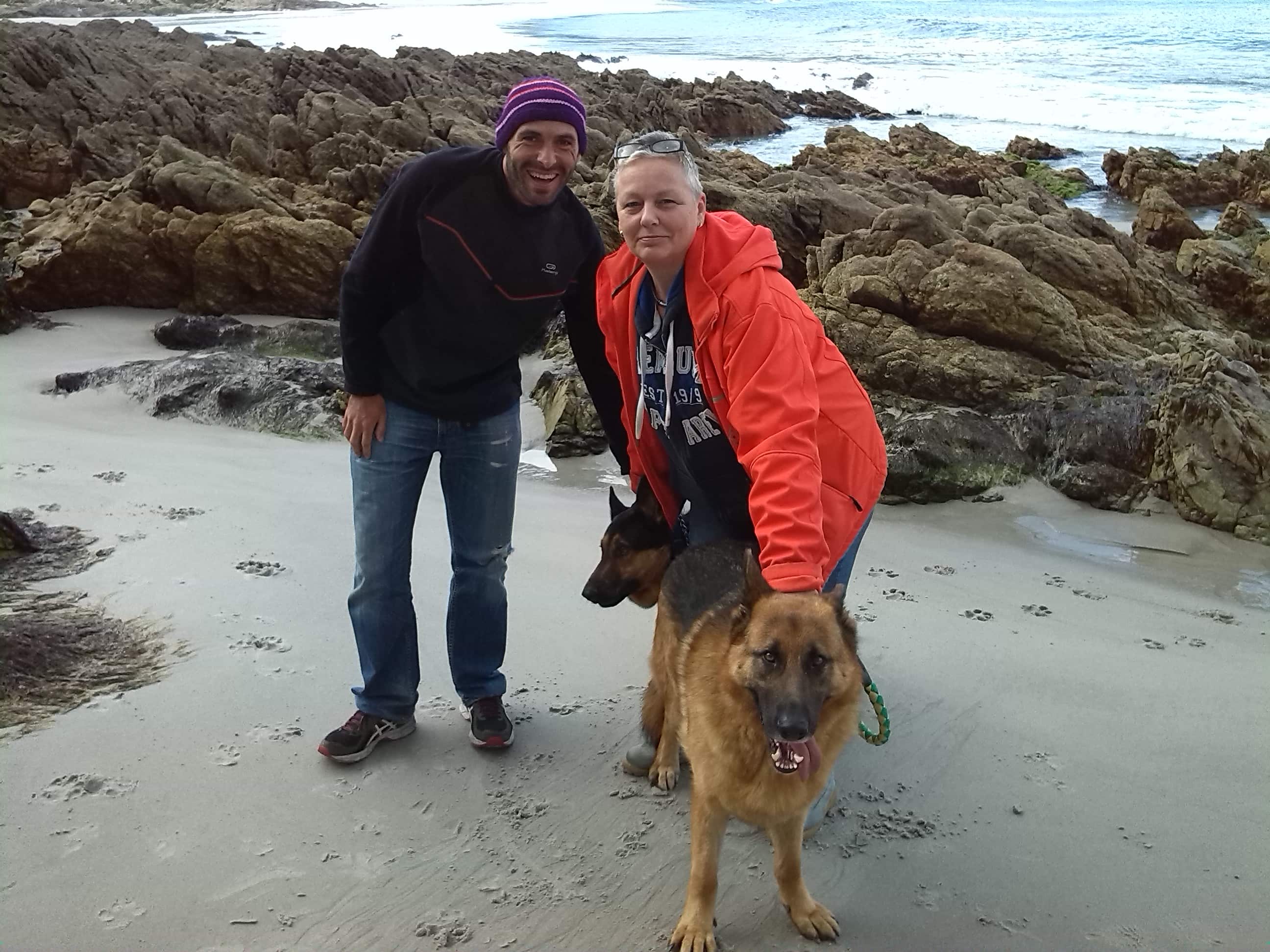 With Stephanie around Carballo .

From Carballo we kept cycling. We headed to Foz. It took us a couple of days. Stephanie was very hospitable. She prepared food for us for our long way by bicycle. We stayed overnight in Goiriz, a small town. People were so nice with us while cycling around Galicia. They let us pitching the tent under a roof. And they provided us some food. It was a good thing, we were running out food. We were cycling around Galicia visiting small towns. And we couldn’t see any supermarket . 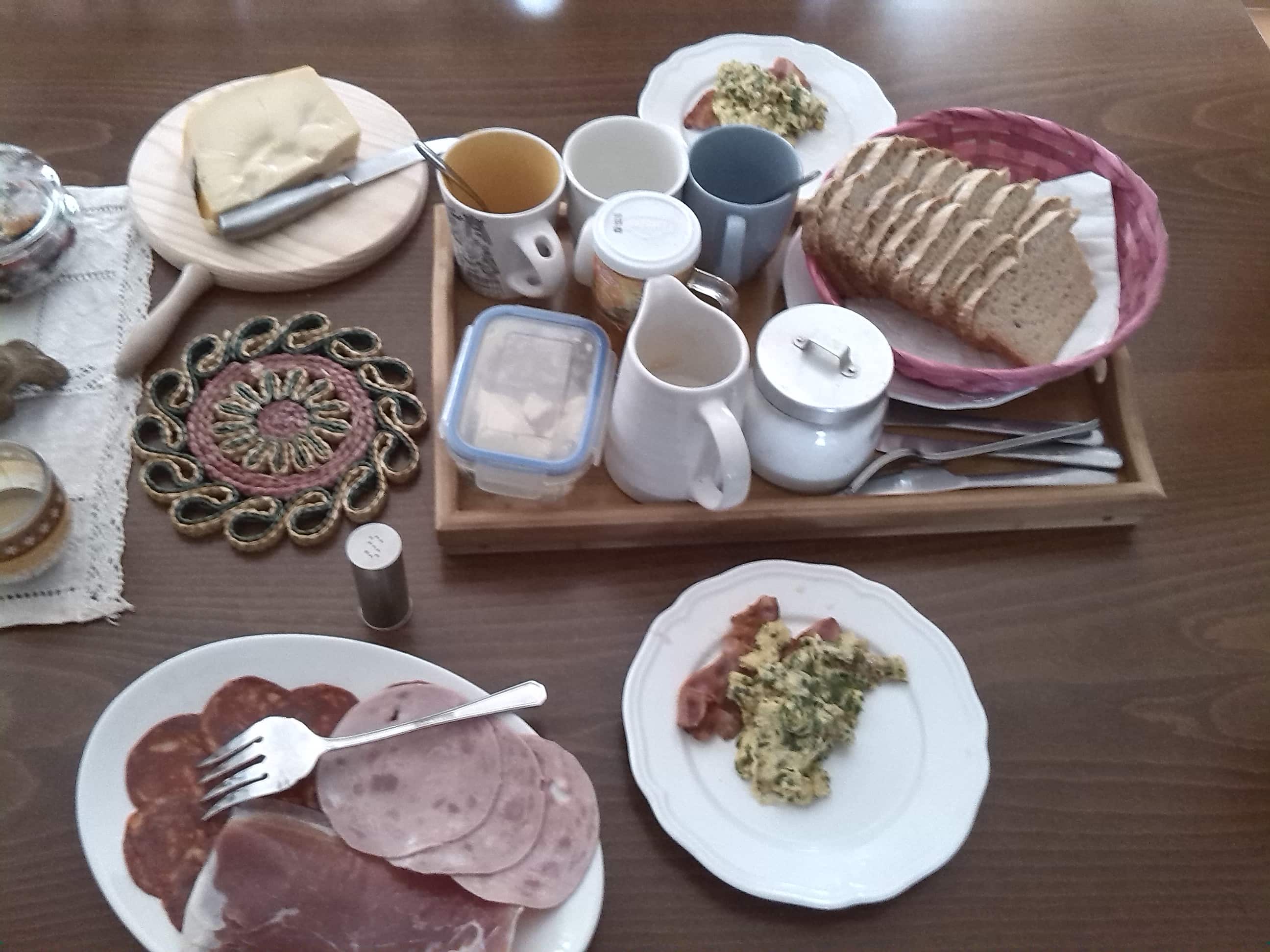 When we woke up after a very cold night. It was foggy and freezing. We were cycling on the way to Foz and it was so freezing. We needed to stop a couple of times to get warm. It was one of the worst moments in the trip!! After an hour cycling around Galicia. We found a gas station where we stopped for breakfast and to get warm. Before we keep cycling around Galicia on the way to Foz . 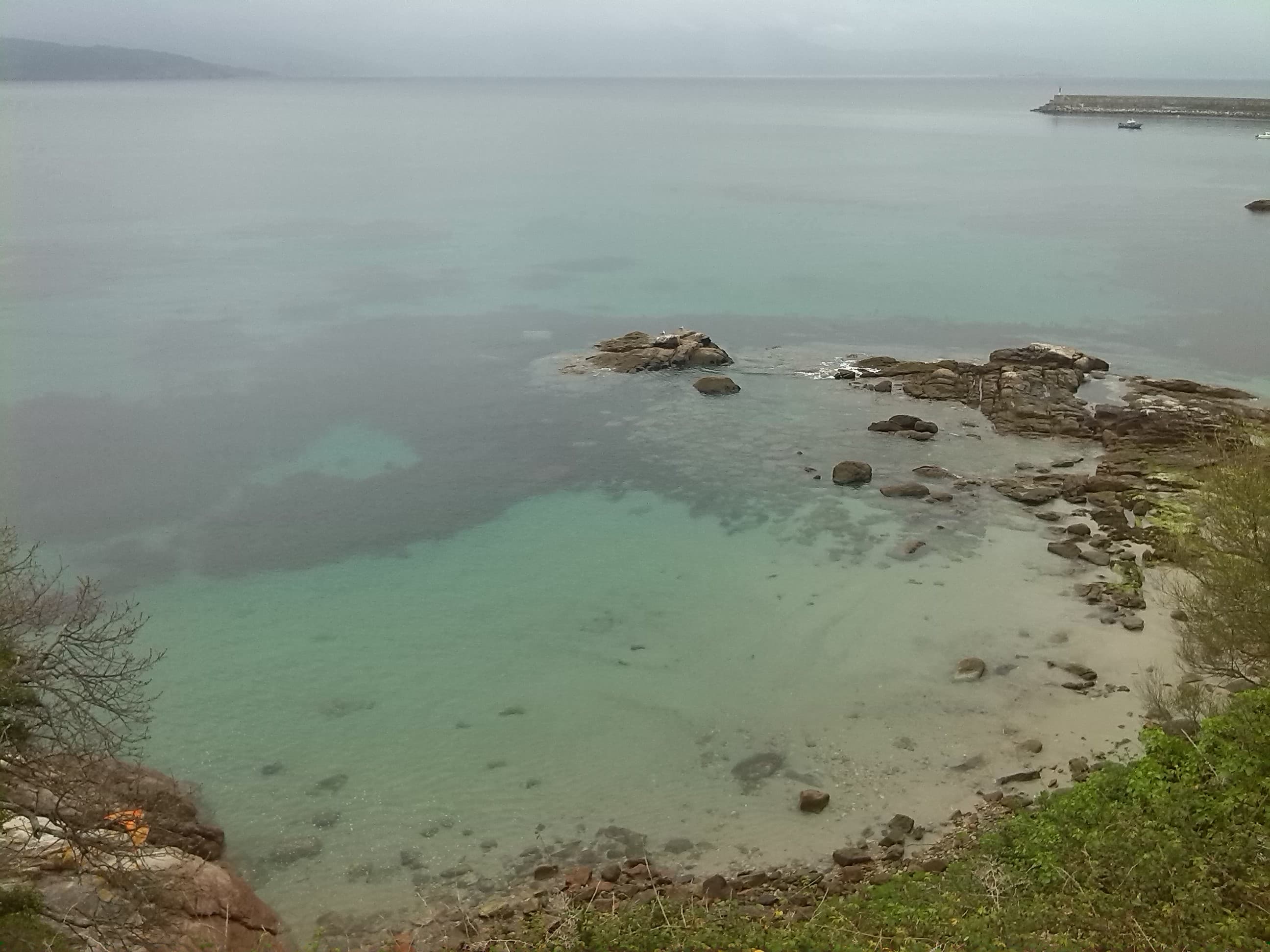 After having a good breakfast. We were cycling around Galicia around the coast until we reached Foz. Ben an English guy. Who was working as a teacher in Foz was our host. The town was very peaceful and the views were very nice. But the weather wasn’t the best during those days. We spent time with Ben cooking a Spanish omelette and having a few beers before keep cycling around Galicia. 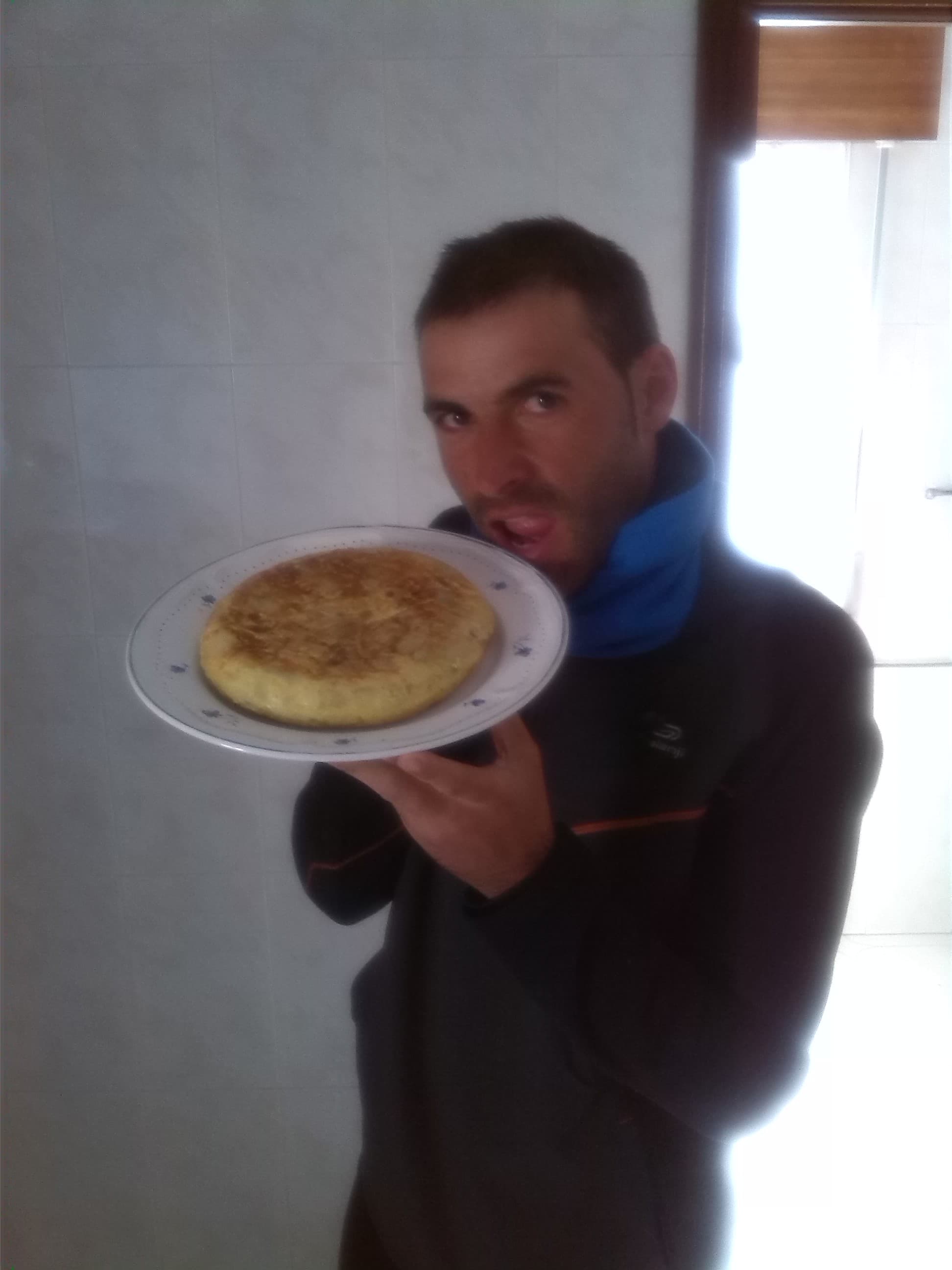 From Foz our last stop cycling around Galicia. We visited Cathedrals Beaches. It was an hour by bicycle from Foz. The views were amazing from the cliff. It wasn’t the best day to enjoy swimming in the beach. Its a very recommendable visit  kilometers and kilometers of beautiful beaches  in Cantabrian Sea. After the visit to the beaches our adventure cycling around Galicia was done. 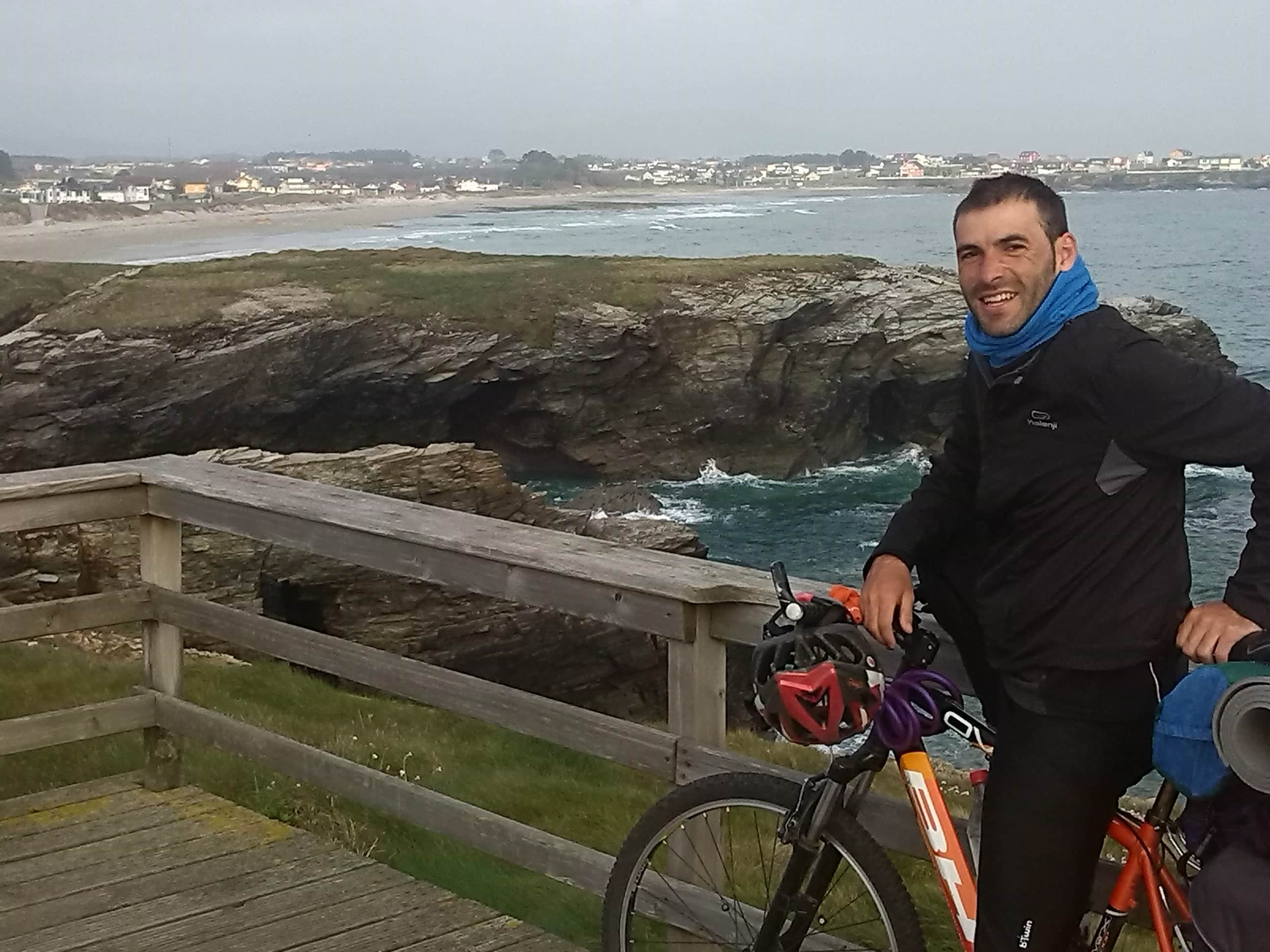