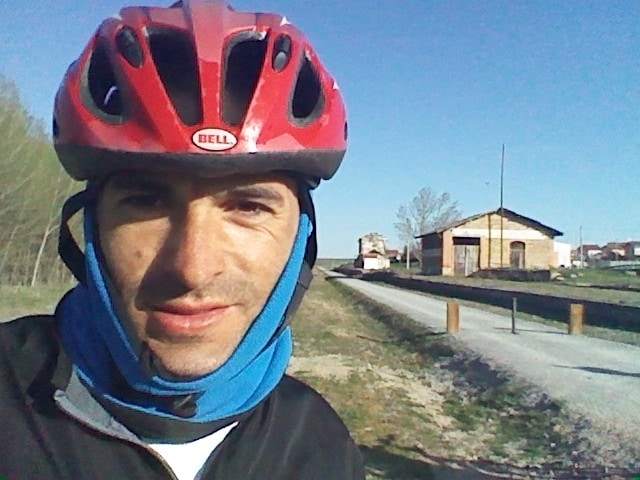 Ready for The Way . 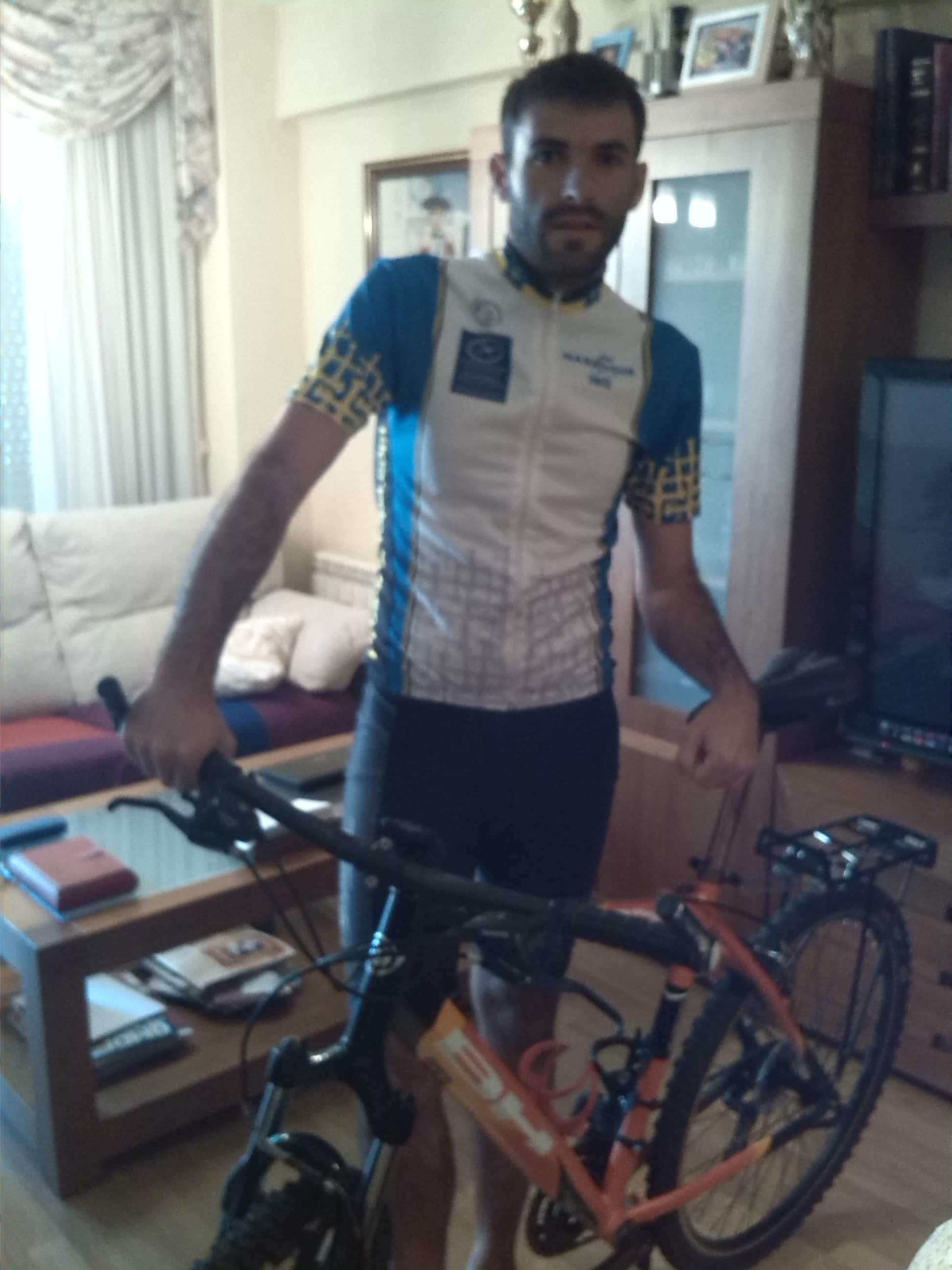 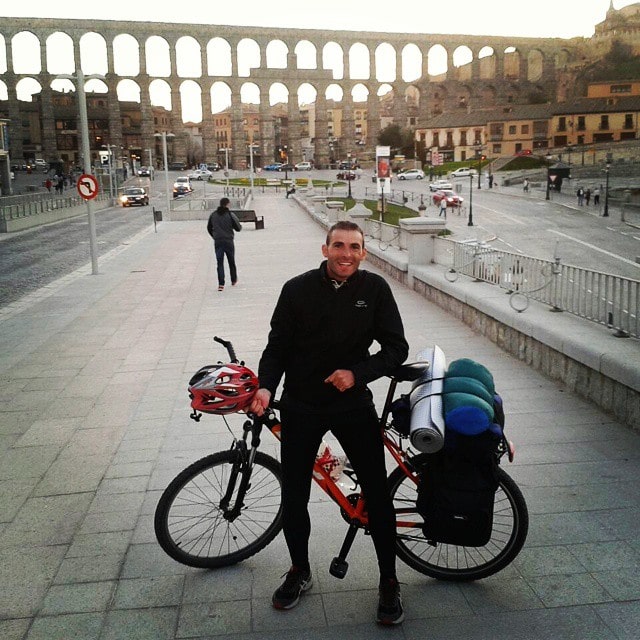 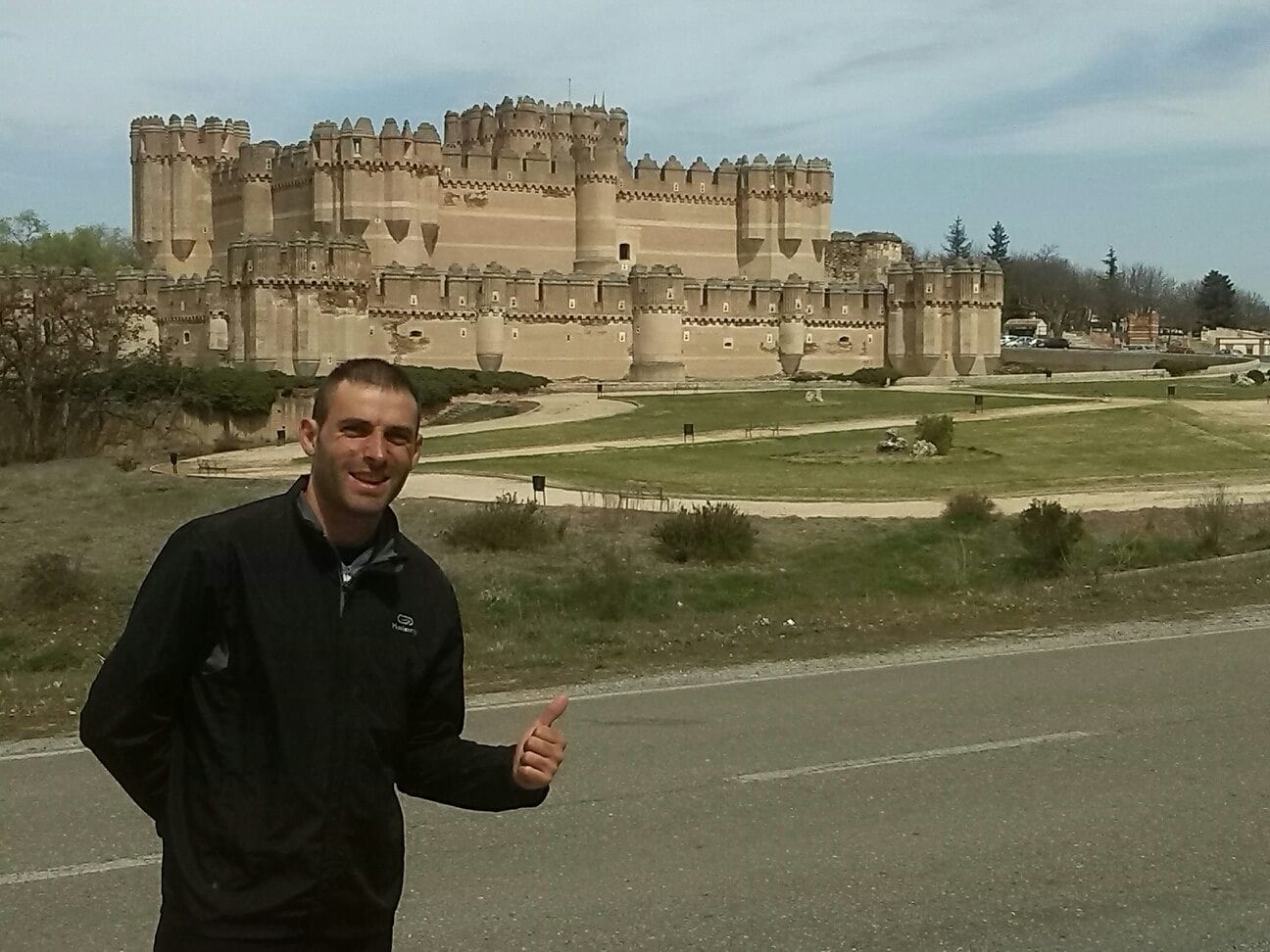 It was a very nice stage , one of the easiest during The Way  , in spite of , we did many kilometers . We were cycling a Green Mile , the most of the time . We crossed villages and we didnt see anyone . Last part of the stage , we did by road near Valladolid . The villages were almost empty . Just getting to Laguna de Duero , we got a refuge , just acommodation with donation . It was a nice refuge with wood . We met a Norwegian man , who was traveling with a special bicycle . 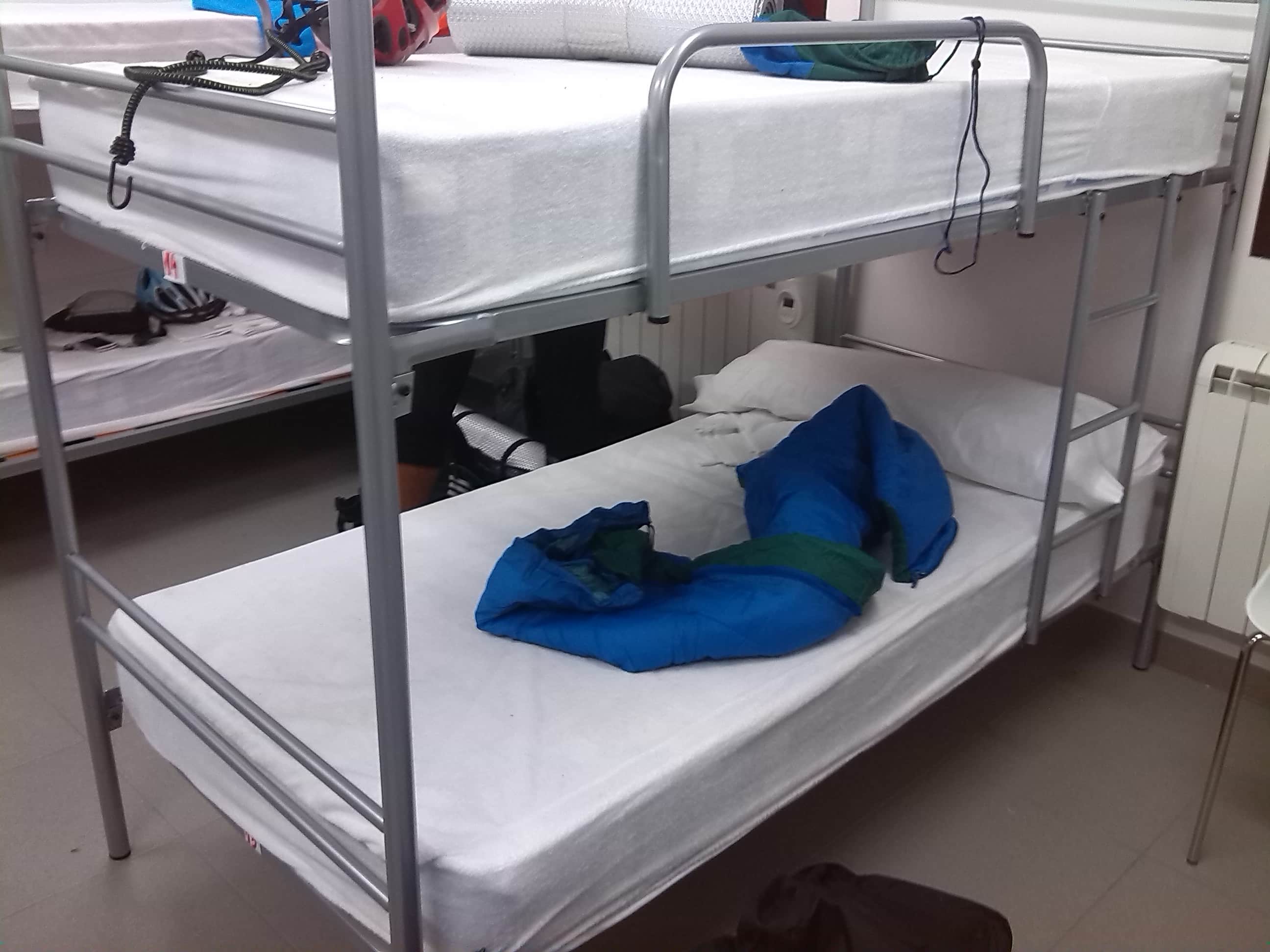 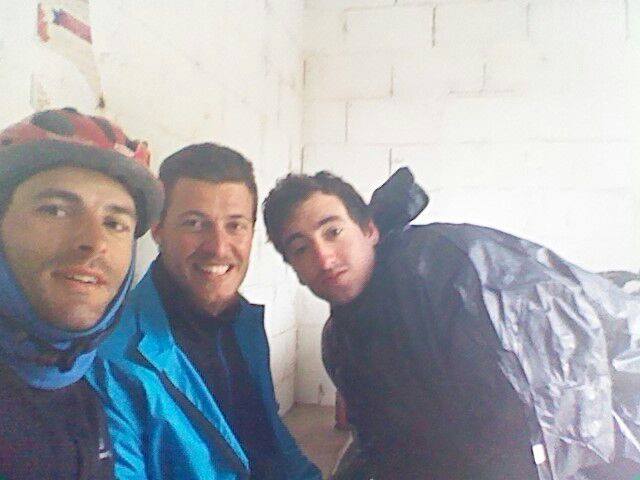 With Gonzalo and Jesus .

Santiago´s  Way by bike was so hard stage !! Someone told us the wrong way and we got lost and many kilometers in the wrong direction  . All day raining and windy . When we asked local people for a place to sleep for free . A guy drove us to a church outside the town . We put the tent , covering from the rain . The guy brought us strawberries , bread , water … It was really nice hospitality from local  people !! 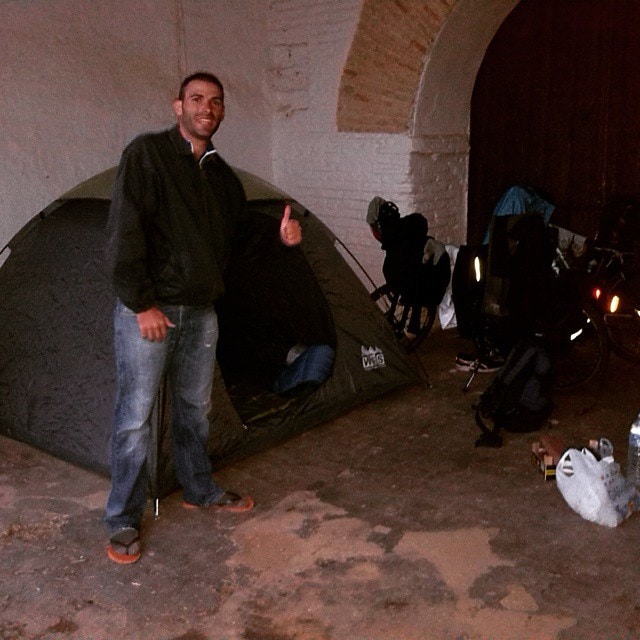 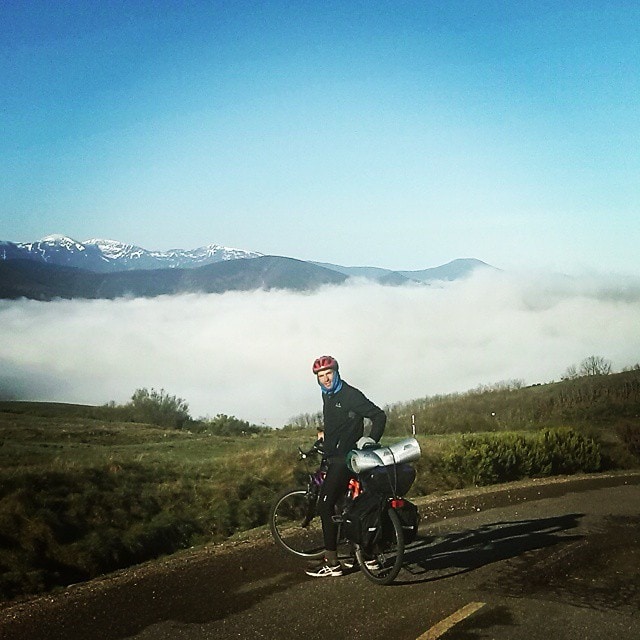 It was the hardest stage , it was very windy and rainy . There wasnt a flat meter in the road , climbing and going down . We walked around Astorga , a little tourist thing . When we left Astorga  , it was climbing the road  , legs were hurting , many kilometers without resting . Just getting Rabadal del Camino , a small village . We got a refuge with donation . It was running  for English retirement couple . The place was really nice , English couple were so nice with us , they prepared breakfast for us . 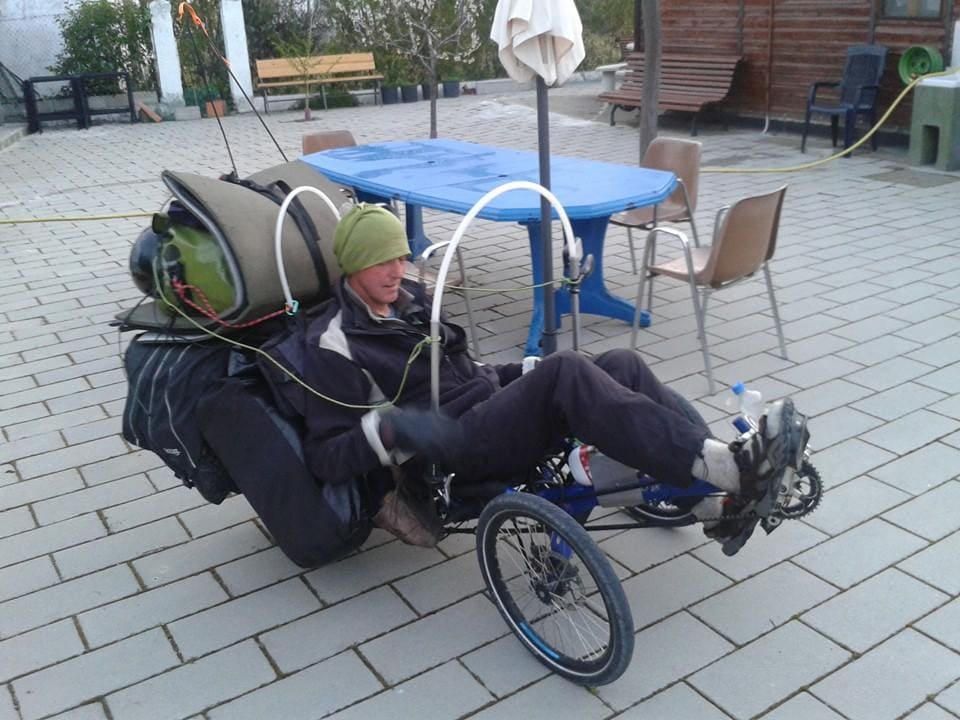 Making friends during the Way !! 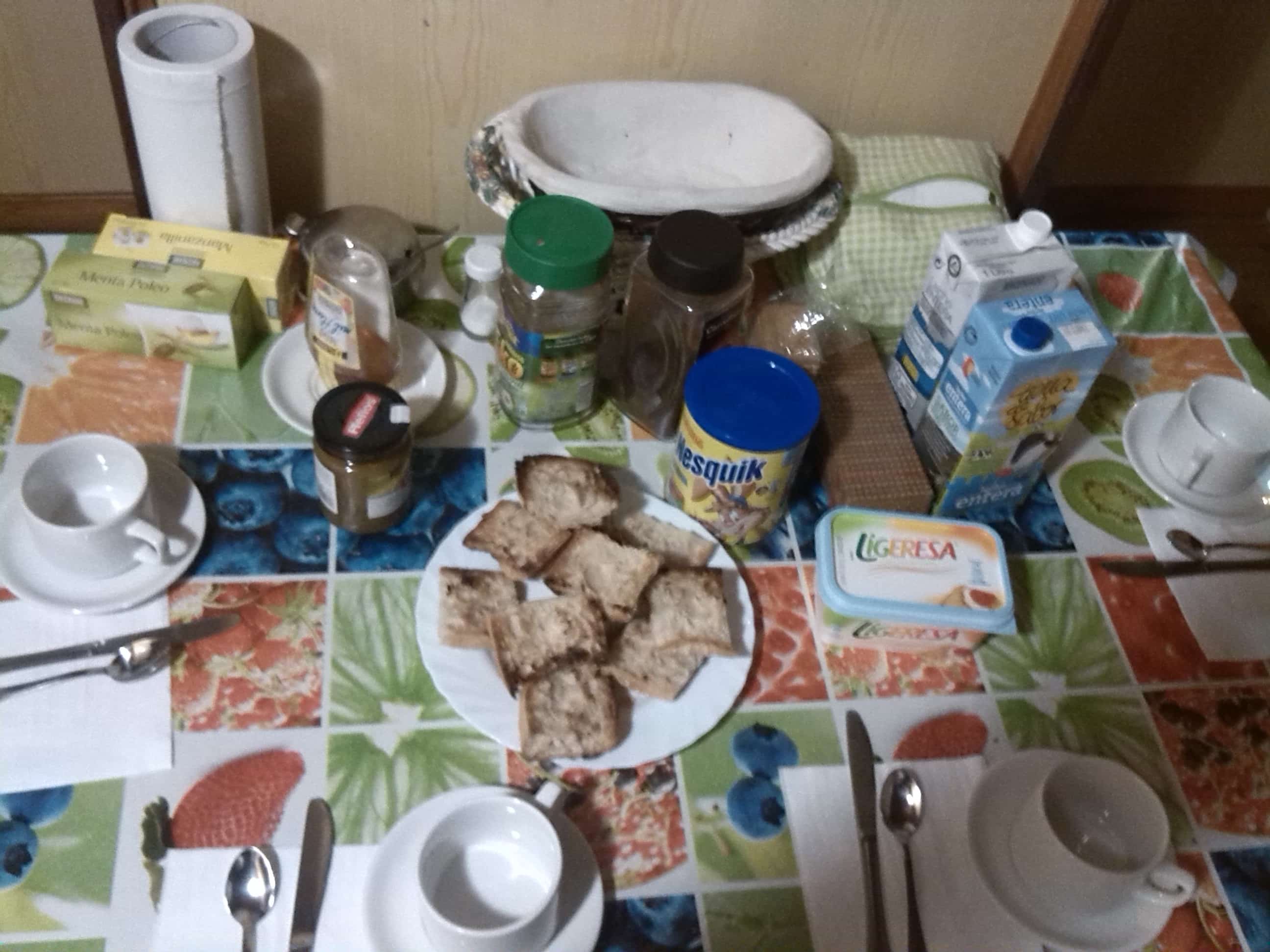 Free breakfast in the hostel .

A resting stage , we climbed the Mountain and went down , its hard climbing with the luggague . It was very cold going down !! Just getting Ponferrada , we got a refuge with donation . Ponferrada is a nice medieval city , with a castle and really nice downtown . We were doing touristic thing , the city is small . We said goodbye to Jesus , he was going back to his home and he couldnt finish The Way . 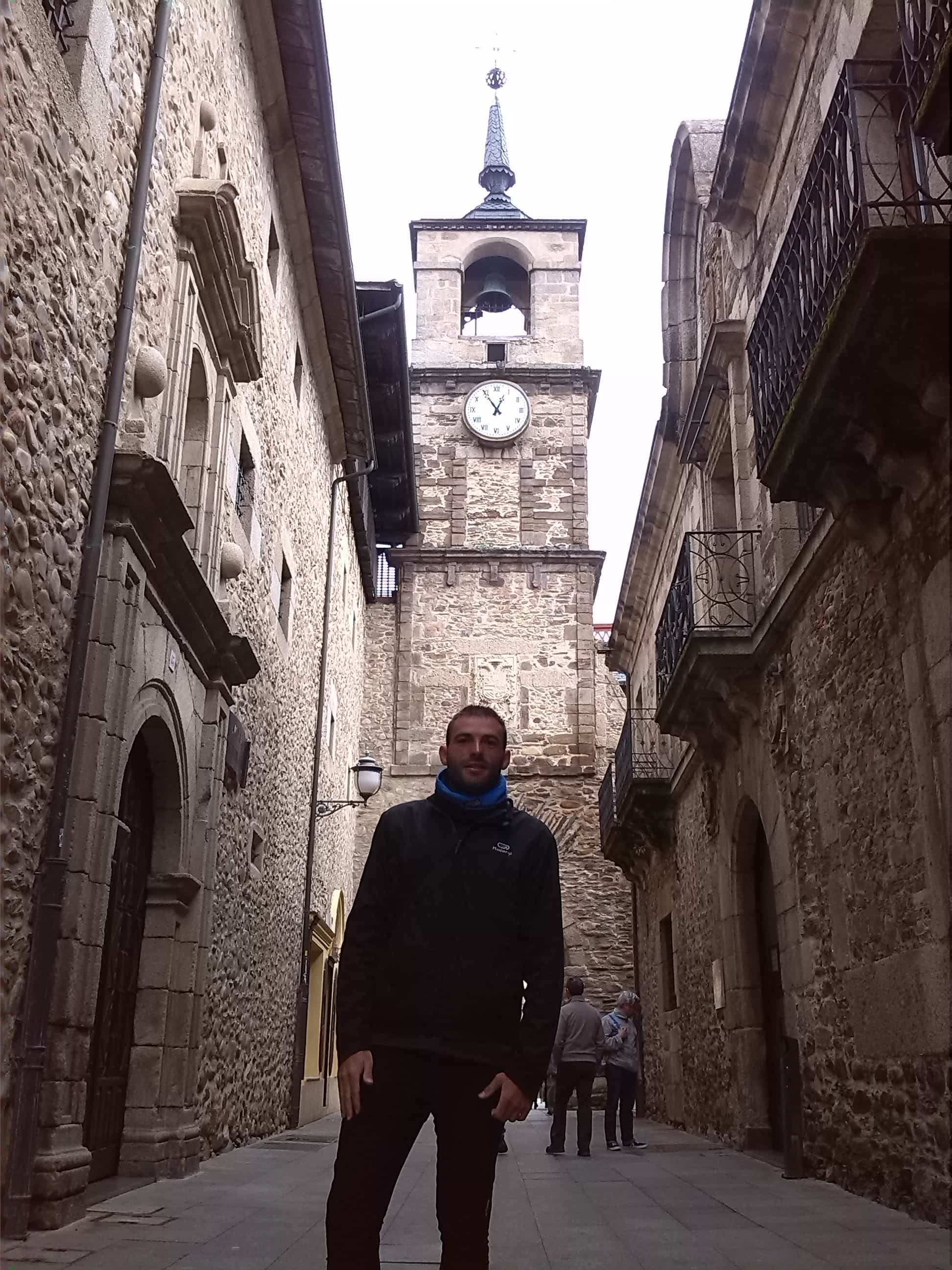 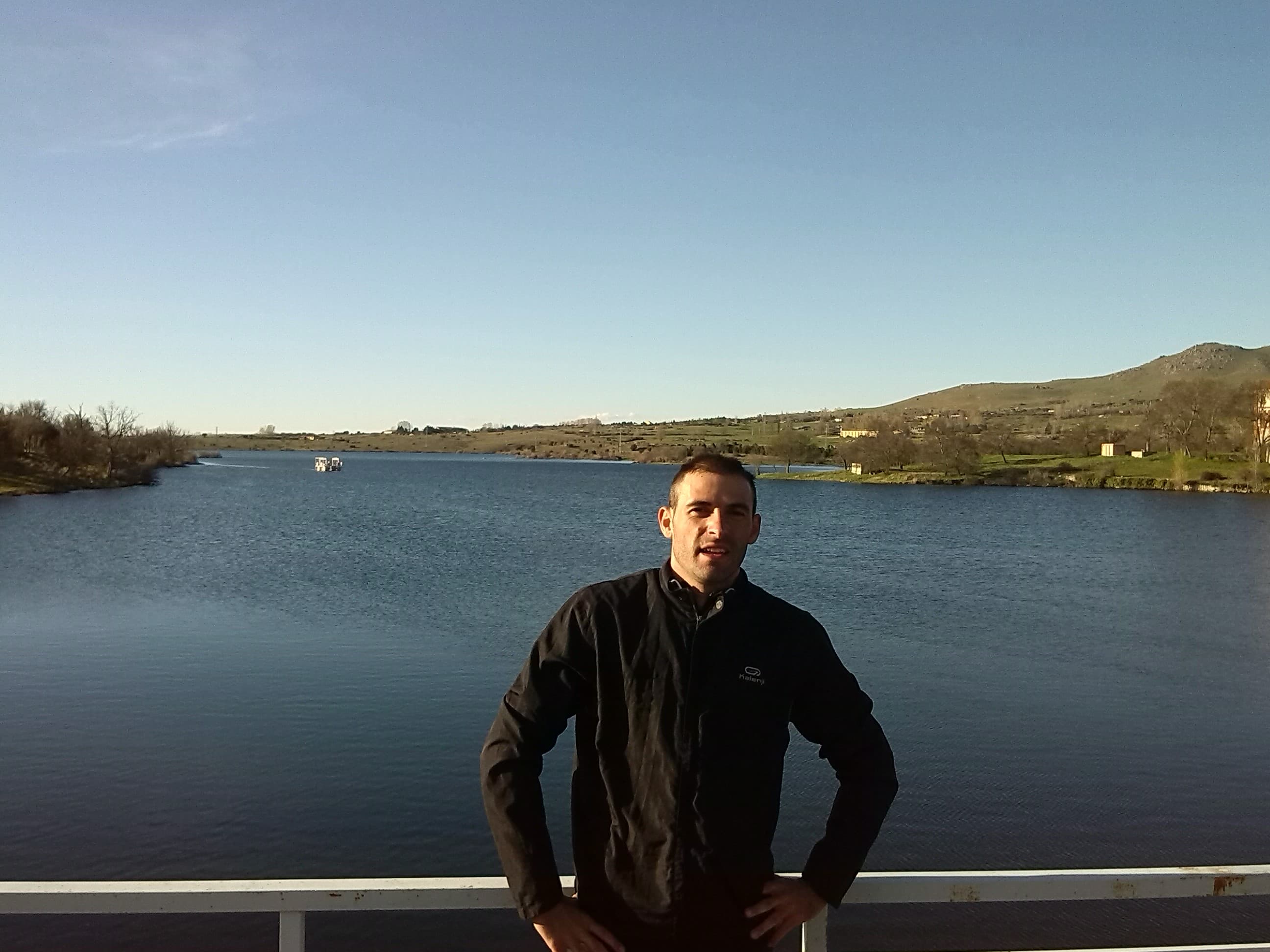 It was long and hard stage . We climbed two Mountains and a long way down . We change Leon province for Galicia . The day was sunny and landscape amazing . We did all the way by road . Just getting Portomarin , getting dark , we couldnt get a free place for sleeping  . So , they let us pitching  the tent in the garden and using the bathroom inside the refuge . Portomarin is small and very touristic place . We had a couple of beers and we went to sleep . 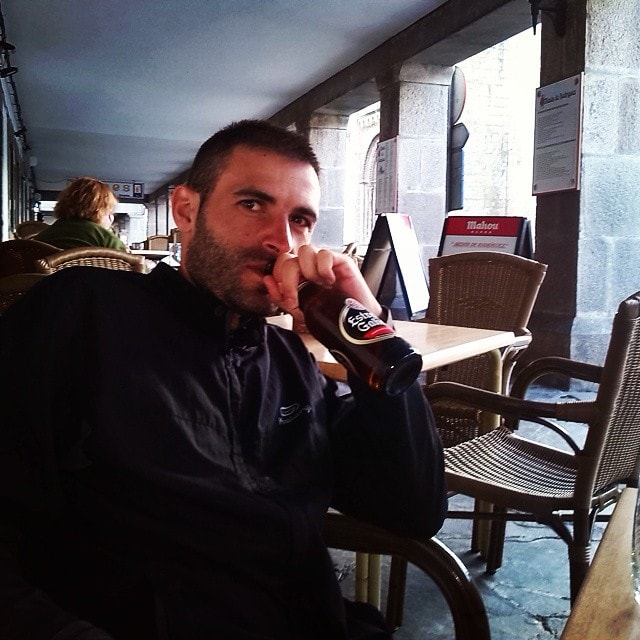 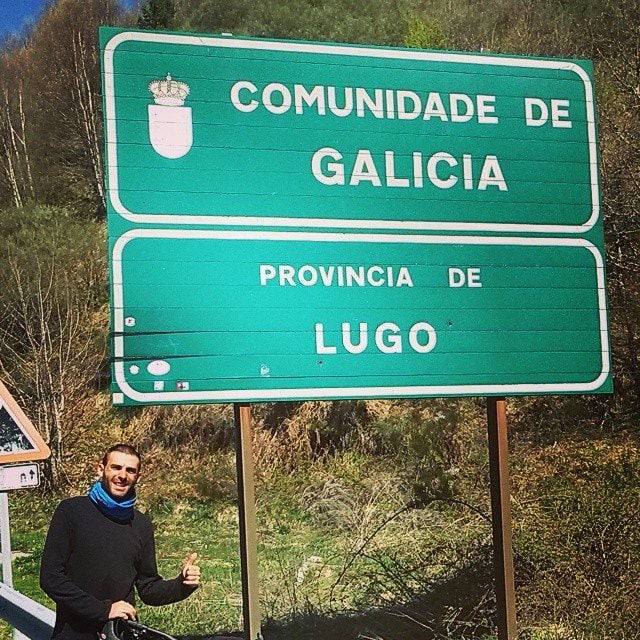 It was easy stage , short and sunny day . Once you get Galicia , The Way  is very touristic , its losing his magic . Many people live of tourism , there are many foreigners and Nationals  doing The Way . Just getting Arzua , we paid 6 euros for sleeping in a refuge . During The Way , there were refuge  with donation until you get Galicia , where they charged money and they werent so good installations . We were walking around Arzua , very small town . We have a couple of beers and we went to rest from Santiago´s  Way by bike!! 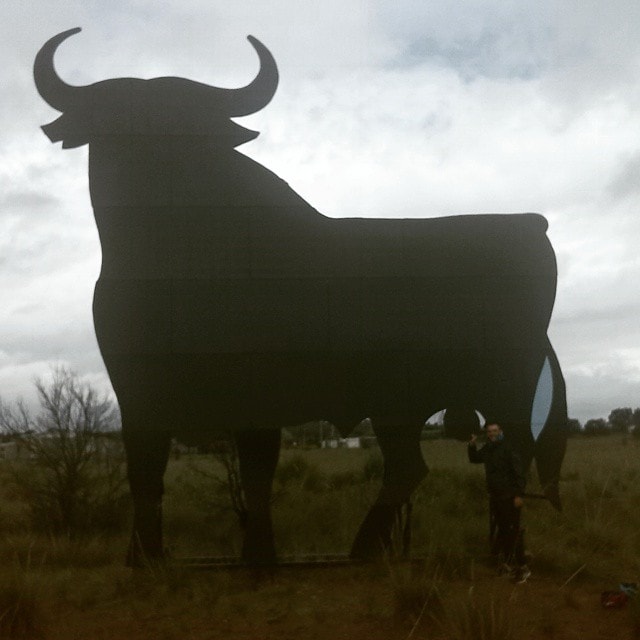 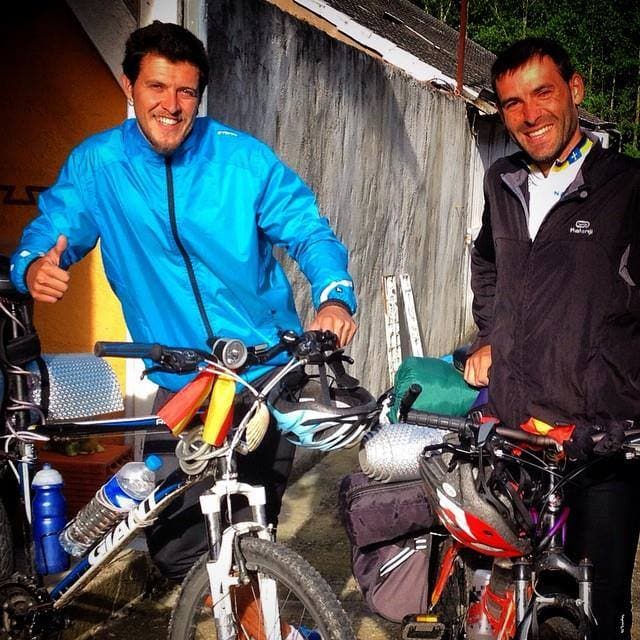 It was easy and fast stage . 10 kilometers left to Santiago de Compostela , The Way , was full of pilgrims . Once in Santiago , we got our certification of The Way . We took some pictures , we walked around the city . We went to our friend s place , Lucie , our host by couchsurfing , to rest a couple of days . 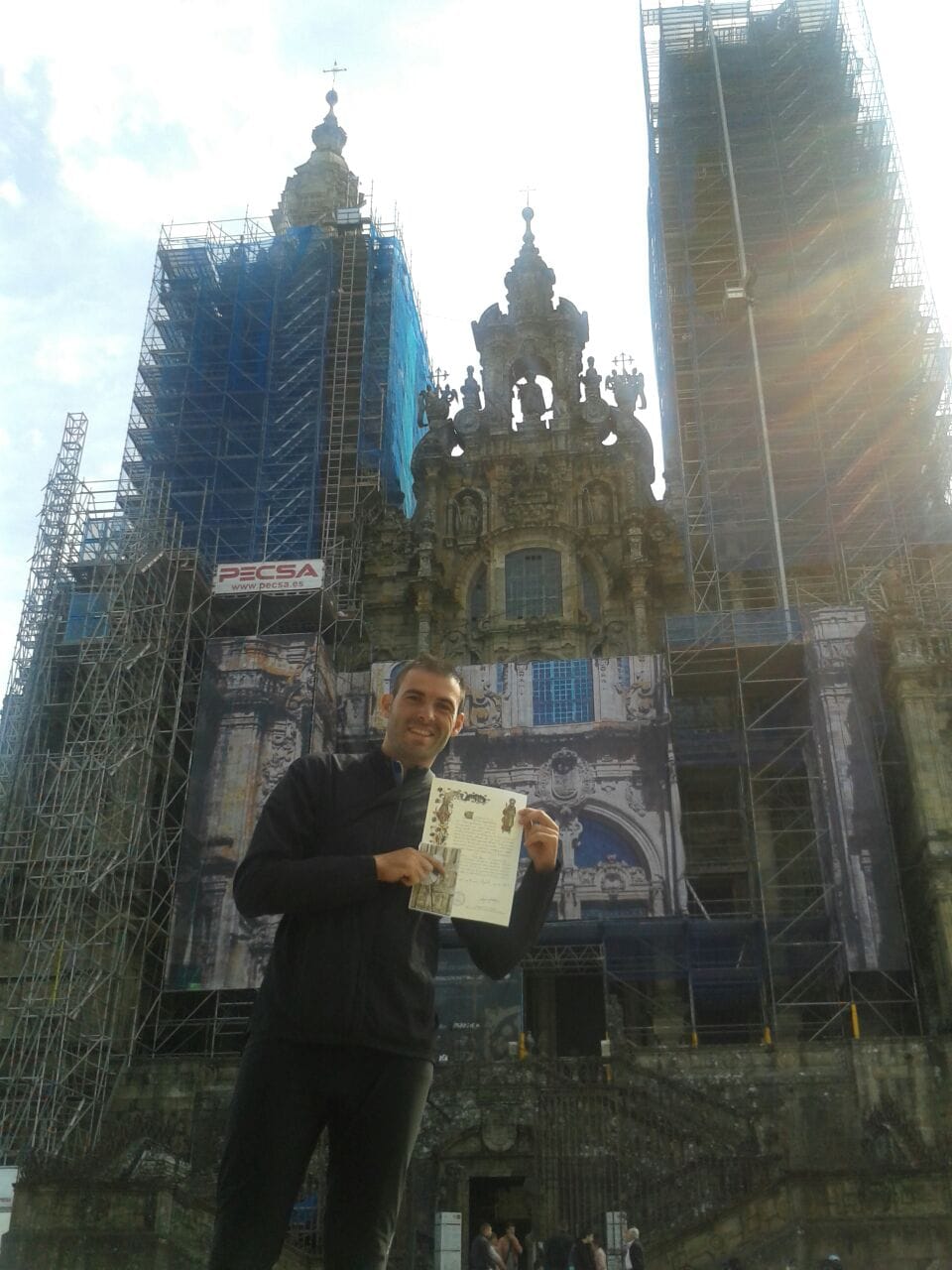 Nice One! You reminded me of Paulo Coelho's book. Keep the adventure going.