Its the third largest city in the country . Aproximately , 700 000 people . I got by bus from Kuala Lumpur . First two days , I spent with two Iranian girls , Sarah and Sabah , who were living in Tronoh . They were studying at University , in Tronoh , 40 kilometers far from Ipoh . Tronoh was very quiet , there was a street market during the day and night and  nothing more to do . 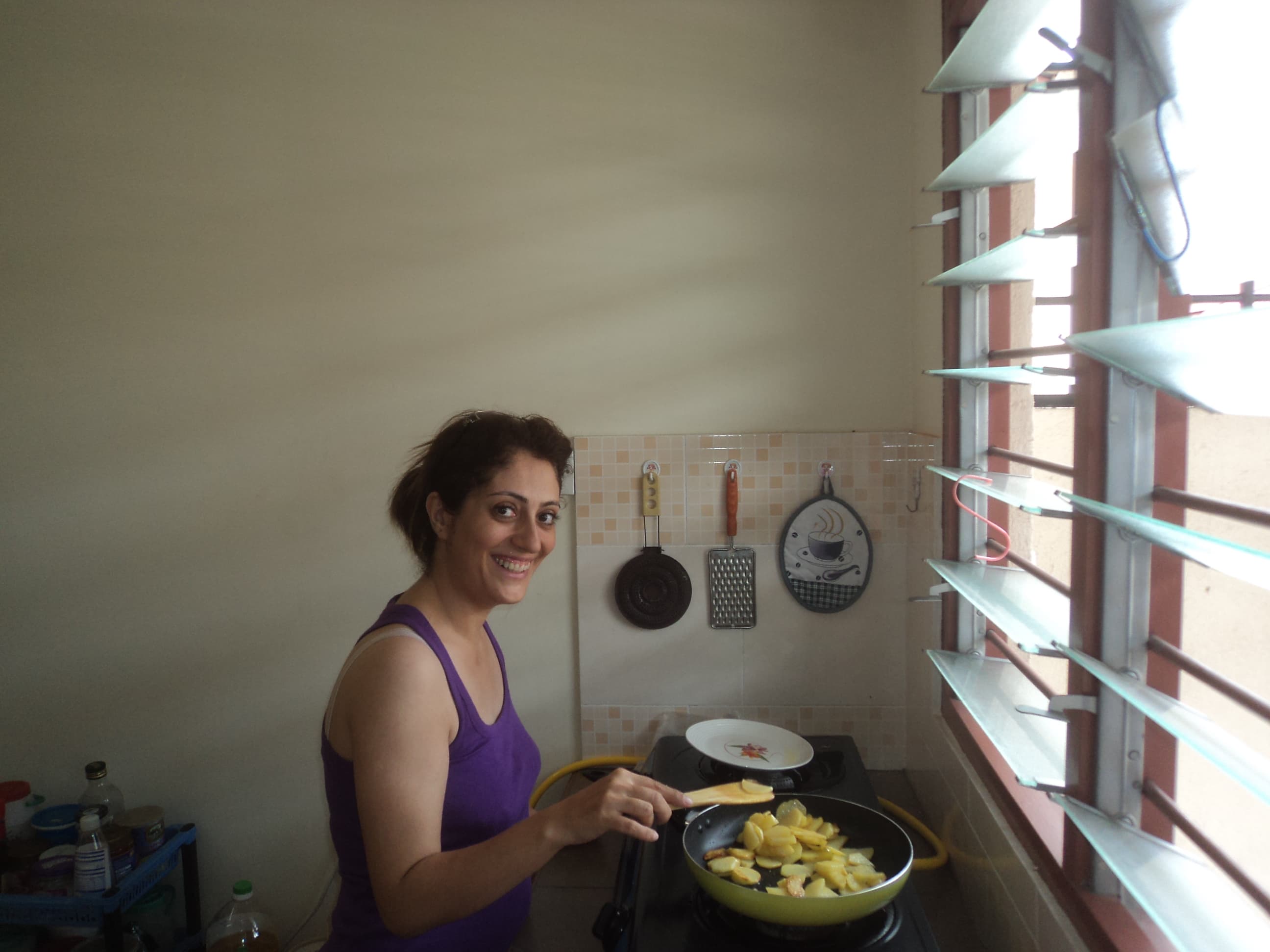 The most of the time , we spent at home , the girls love cooking and it was raining all the time . They cooked an Iranian dish , chickpeas with meat and you spread on bread . Also a Singapore dish , shrimps with noodles , which was really good . I also cooked my Spanish omelette .

Sarah showed me her University , it looked like a resort . There was a lake and a green area . The girls were so happy living in Malaysia , they have  more fredom than Iran .  They were so hospitable with me . 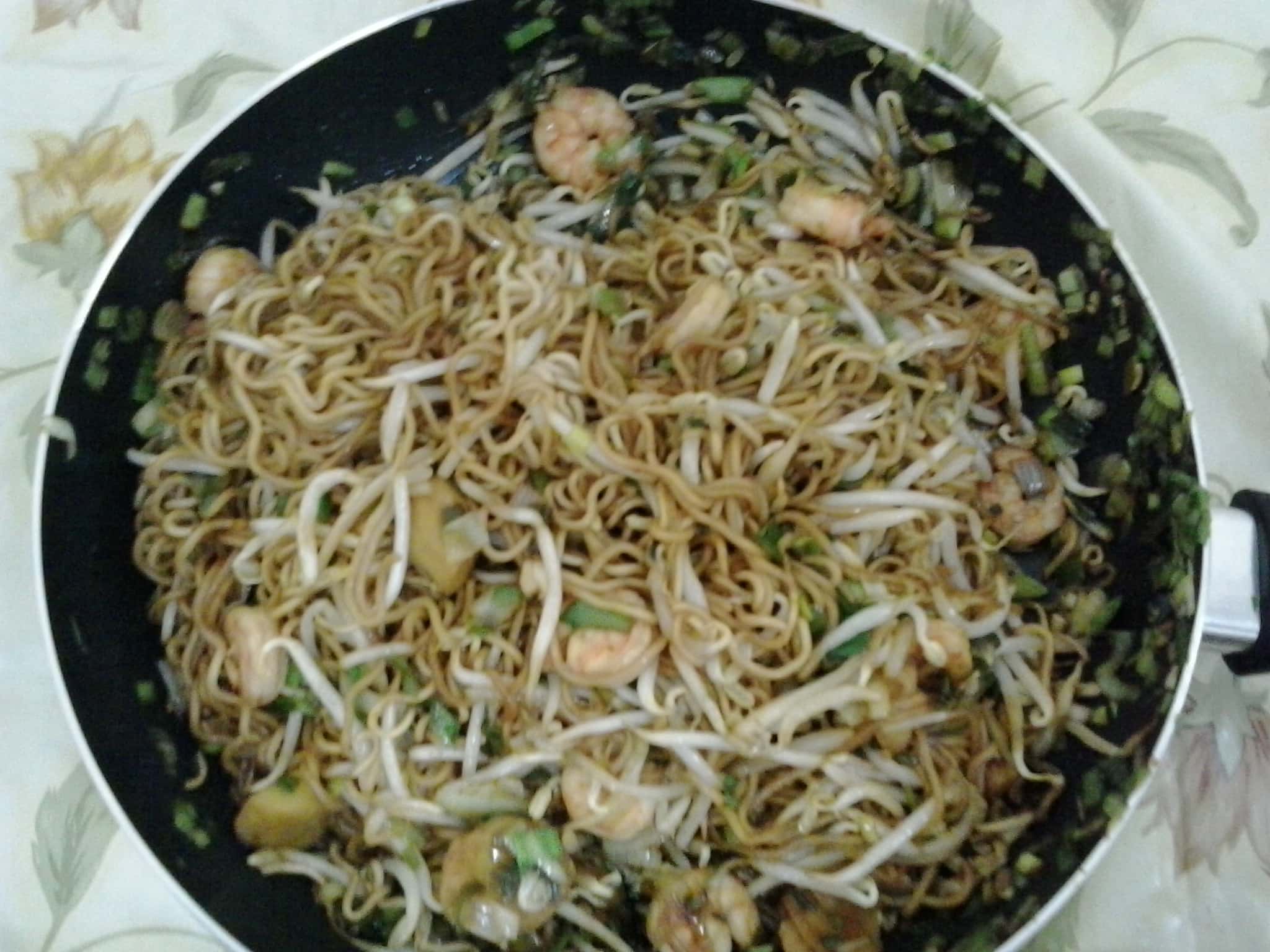 Sarah and Sabah showed me pictures about their country . They didnt stop asking me , about my trips . When I left , they drove untill the bus stop and gave me away some Iranian sweets .

I hitchhiked from Tronoh to Ipoh . A guy , also from Iran , drove until Ipoh . He was working in the University . He showed me his house and introduced me his family . I gave them the Iranian sweets , his mom in law was almost crying . She told me that long time she didnt try those sweets  . Also she was missing her country . 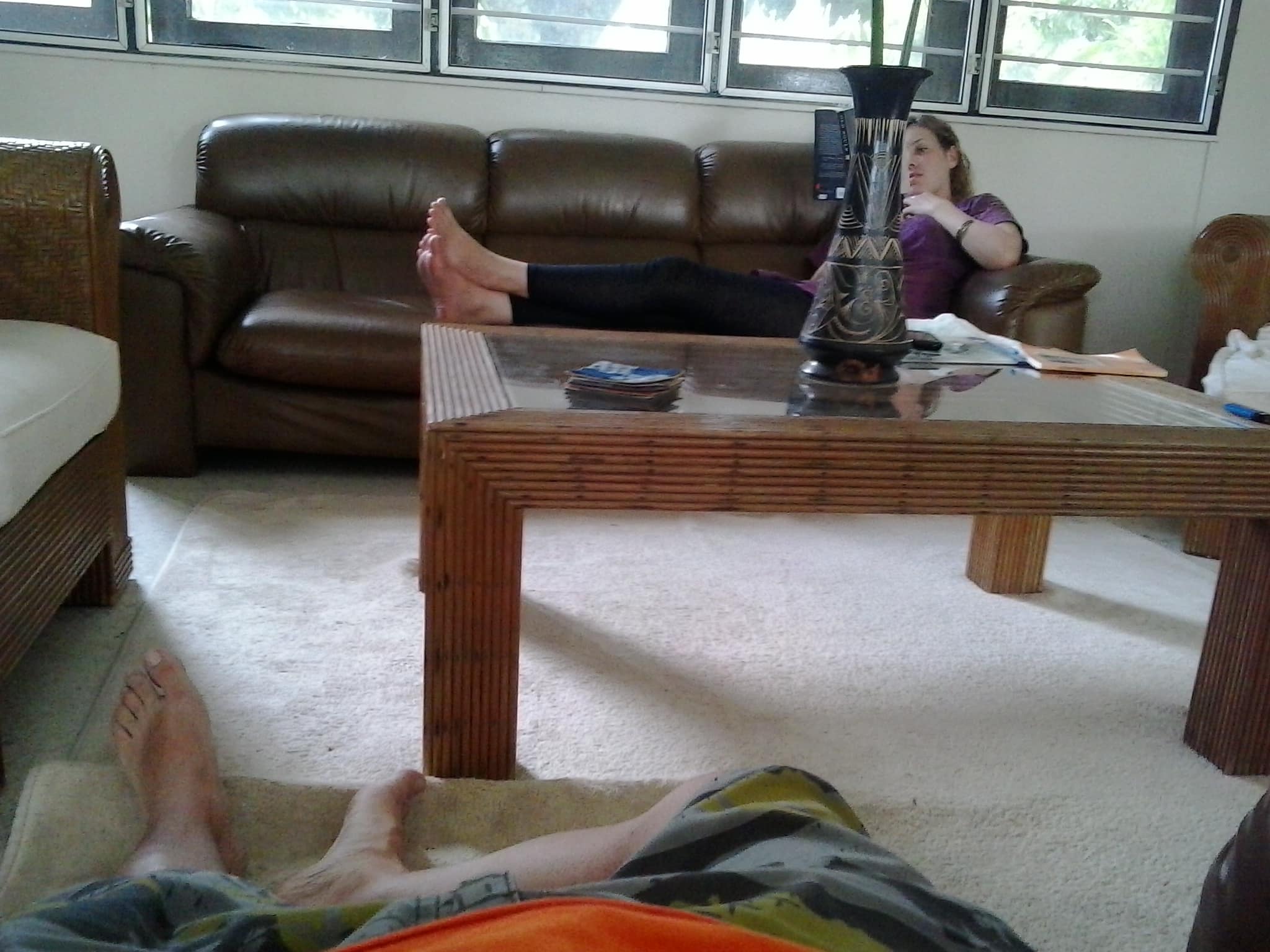 My next host in Ipoh , was Glenn . An american guy , who was living in a farm . He was really nice and talkative . He s been traveling over 150 countries and also living in some of them . Glenn was hosting more people at the same time . I spent 4 days in the farm . It was so nice , relaxing time . Many friends of Glenn visiting everyday . One day , someone brought Yemen food , first time I try that food . It was little bit spicy but delicious . Another day , they cooked sate barbeque  , which is my favorite food in Malaysia . The routine at the farm was , having breakfast in the morning all together and later  resting , reading , looking internet , doing sport  . In the afternoon ,  we went out for a walk to buy food or eat in a local market , by car , the farm was far from downtown .

You have traveled far and wide. Just reading that you came to Malaysia, my country, I read with joy that you have had such a lovely time here, next time you are passing through give us a shout out, my kids would be delighted to take you around places south of the capital. Ipoh also has other fascinating places to see, did you get to go to other spots of interest? Best wishes for your travels and thank you so much for stopping by my blog.

Thanks Gina, I will let you know next time :)